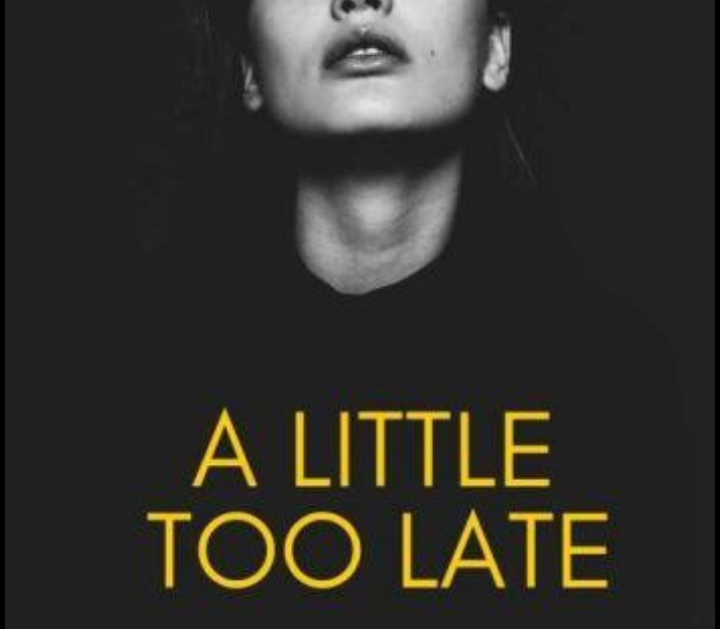 A Little Too Late (episode 3)

Rejection is one pain no one craves to ever experience. Do you know how hurtful it is to be turned down from having something or someone you want and love with all your heart? That’s another level of heartbreak and believe me when I say, no one deserves to ever feel that way. It’s really terrible!

Maria’s reply to Nathan’s relationship proposal wasn’t exactly the reply he was expecting. At that moment, he could feel his heart being ripped from his body and was entirely numb. Her response made him feel like a loser and failure all over again. In as much as he tried to be matured about the wh0le thing and accept his fate, he just couldn’t hold back the emotions that sprang forth immediately afterwards.

“Why don’t you want to let me in? Just tell me so I can at least know why” he managed to say. Maria felt bad knowing that he was probably hurt, but that didn’t change her mind as regards her decision. “You are a very nice and hardworking man I admit, but I just don’t think I want to go into any relationship with you” she sadly said.

Nathan had a hard time believing that was her reason for turning him down, so he probed further. “Is it because I don’t have enough money yet to give you the life you desire?” He soberly asked. Maria looked into his eyes and smiled faintly, “To be honest, that’s part of the reason why I feel it’s unwise for us to date. I’m in my late twenties and can’t go into any relationship with anyone if I can’t picture my future with you. I’m not getting any younger and I’m not going to give myself away to any man as free lunch or for testing. A relationship with you might lead to nowhere because it’s apparent that settling down anytime soon isn’t in your dictionary. I like you as a friend and would really want us to remain that way” Maria said.

At that point, the reason Maria turned down the relationship proposal was clear to Nathan. He was devastated and broken, but tried to s-ck it up as a man and accept defeat. “I totally understand all you have said, it’s all good dear” he finally managed to say.

Their little meet up suddenly became awkward afterwards as they tried to avoid eye contacts as they talked. It was time for them to leave; Nathan esc-rted Maria to where she could get a taxi before finally retiring to his own house.

On his way home, he was lost in thoughts as his mind kept replaying all that happened at the restaurant. For the first time in a long while, he felt rejected and broken. “What exactly have I done wrong to deserve all the things that are happening to me? What have I not done to break free from poverty? When will all this failure end? I studied as though my life depended on it while still in school and bagged a first class, what again does this life wants from me? I have paid my dues and worked so hard to make sure that I succeed, but I’m still here. I’m so tired Lord, I know I don’t serve you enough like I should but you know my heart is always steadfast with you. I’m trying not to give up but there’s really no encouragement to keep trying everyday. Lord, you are the only person that hasn’t judged, ridiculed and despised me, as everyone has turned their backs on me and don’t want to have anything to do with me. At this point, I need your help and strength because I can’t continue on my own. Help me Jesus, please help me Lord” He soberly said to himself as he walked home.

That night wasn’t a pleasant one for Nathan because he wallowed in self pity and rejection. He was hurt indeed and kept talking to himself every now and then. On the other hand, Maria wasn’t too bothered although she felt bad for turning him down. After a tough emotional day, they both retired to bed in their various houses.

One thing Maria wasn’t aware of was that she had ignited a fire in Nathan. A fire that would push him beyond the limits he had pushed himself in the past. The anger he was feeling was about to be channelled towards a better course. I believe Maria meant no harm by turning him down; she was just looking out for herself first but it’s sad that Nathan felt extremely hurt.

Days turned to weeks and they hadn’t communicated with each other. Nathan decided to be matured, so he called her one afternoon. “Hello Mimi” he greeted when she picked up, “Hi dear, how are you doing?” She asked, “I’m good, just wanted to check up on you” he replied. They talked further for a while and before they ended the call, Maria invited him for her upcoming birthday party. Nathan accepted the invitation and promised to try and show up. They bid ‘Goodbye’ to each other before ending the call.

The birthday party was in a week’s time so Nathan had enough time to prepare. He was extremely busy trying to get the government of his state to approve a project he had been working on that would benefit the masses. If that project gets approved, it would change his story forever.

Due to the awkwardness between Maria and himself, he refused to tell her about the recent happenings in his life. They stopped updating each other about the things that went on in their lives, since after the proposal incident. The new project looked promising but all Nathan could do was to pray and hope that it gets approved.

The scheduled day for Maria’s party finally came and Nathan arrived two hours late. Maria was happy to see him and offered him a seat close to hers. As the party went on, everyone seemed as though they were having fun with the exception of Nathan. He was having a hard time relaxing and only pretended as though all was fine.

As the party went on, Nathan noticed Maria with a particular guy. The guy looked cute and good in his fine outfit. The first thing Nathan noticed was the car key the guy kept swinging as they conversed. Maria seemed as though she was so into him, as she was seen laughing at every little thing the guy said.

That sight alone was enough to murder Nathan’s heart and shut down his ability to breathe. He was devastated within but tried his possible best to maintain a happy countenance.

It turns out that the mysterious guy Maria was talking to was a guy her friend introduced her to at the party. Apparently, the handsome guy came along with Maria’s friend and she hooked them up when they both showed interest for each other.

All might look fine from the outside when you look at them, but the truth was indeed a scary one. The guy in question was a broke guy that lived a fake lavish lifestyle. Every car he drove belonged to his friends and the big mansion he lived in was owned by a friend of his that stays abroad.

No one knew his secrets except himself and his friends that usually lend their cars to him. This guy was to die for and no one would ever believe he was struggling and broke.

Unable to bear the heartbreaking sight of Maria getting cozy with another man, Nathan walked up to her, gave her a gift and bid her goodbye. Maria thanked him for coming and gave him a friendly hug. Nathan walked away and headed home afterwards.

Maria and this mysterious guy whose name is ‘Josh’, talked for a long while before she popped the ‘Occupation’ question. “What do you do?” She asked smiling.

Josh licked his lips, looked into her eyes and said “I’m a Doctor!”

A Little too Late - episode 2

A little too late - episode 4