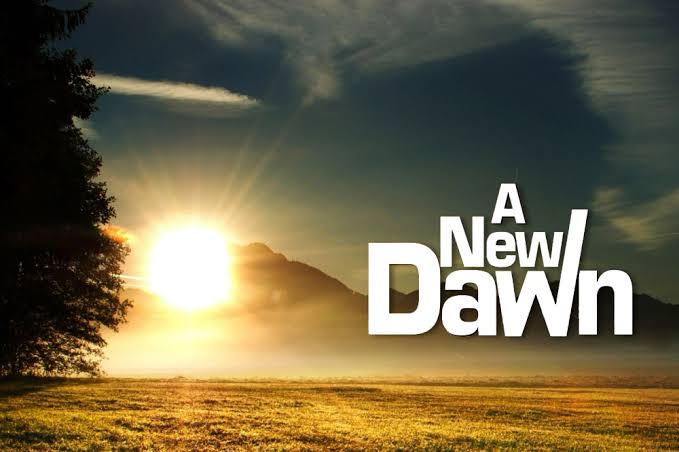 There was fire on the mountain indeed as Caro almost dropped dead due to Tony’s question. Like how on earth was she supposed to answer a question she had been hiding from him for a long time. Caro was faced with her greatest nightmare in reality and wished she had the ability to disappear into thin air to avoid answering Tony’s question. She was dumbfounded and her body wouldn’t stop shaking.

“Caro I asked you a question, do you have a son?” Tony asked again but Caro’s mouth was shut. Tears started falling down her eyes and she kept fighting the fear that held her from speaking the truth. Tony figured she was crying and it confirmed his doubt. He got up from where he sat and was about walking away when Caro grabbed his hand, “please I can explain” she said as tears fell off her eyes. “Then please do explain” Tony replied.

The moment of truth finally came and Caro had to tell her truth. “Please can you sit down” she requested and Tony obediently sat. “It all happened years ago, when I was in the university and at the peak of my youth. I did a lot of crazy things that I’m not proud of today, I occasionally sold my body for money and had so many guys in my life. I turned a new leaf few years back and gave my life to Christ, but the stigma of my past was still with me and worse of it all was that I have a son as a constant reminder of the reckless lifestyle I once lived. I would have told you the truth the very first day we went on a date but I couldn’t because I didn’t want to lose you. Every man I told about my son in the past, walked away so I thought that would be the case with you, that’s why I concealed the truth. It killed me everyday, knowing that I was keeping something of such magnitude from you. When you asked me about my body count, I honestly wanted to come clean but was scared you might judge me or worse still, you might get irritated. I honestly planned on revealing the truth about my son to you this week but it’s sad that you found out this way, Tony I’m genuinely sorry!” She said.

Tony was mute for a while, then said “I’m sorry Caro but I don’t trust you anymore. I really don’t give a dime about your past lifestyle because everyone has a story, I’m disappointed that you held something of such magnitude from me for such a long time now. Like how do you expect me to believe all you just said, when I can’t even tell if you’re saying the wh0le truth. You had a lot of opportunities to reveal all these secrets, but you didn’t and now just because I caught you, that’s why you’re finally opening up. I’m sorry but I’m done with all these secrets and lies”.

He walked out on Caro afterwards and went to his room, then banged the door. Caro held her stomach and burst into uncontrollable tears with no one to console her. She was pained and the thought of losing Tony almost killed her. “I was going to tell him soon” she muttered to herself and laid on the cold floor.

On the other hand, Tony was really hurt and was pained. He fell into an abyss of thoughts and was so angry with the wh0le situation. “Why did she keep such a huge detail from me, I thought she was my last bus stop but I honestly don’t know if things can ever go back to the way they were” he said to himself.

It was a very tough and emotional night for both Tony and Caro. They slept on different places and before Caro woke up in the morning, Tony had already left for church without informing her. She was devastated the more and cried her way home. When she arrived home, she hurriedly dressed and prepared for service too.

Caro arrived a bit late for the morning service and wasn’t able to work as an usher. She was scheduled to work in the second service so she sat quietly and wasn’t concentrating on what the minister was preaching. She indirectly searched for Tony, hoping to catch a sight of him but couldn’t and it made her cry within.

The first service finally came to an end and Caro stood at the exit door to guide those that were leaving the church. Her heart skipped several beats when she caught a sight of Tony. He was walking towards the exit door with a sad face and Caro tried her best to hold herself from tearing up. As Tony came closer, he saw her and turned his face to another direction. His actions broke Caro heart and she touched his hand as he walked out but Tony didn’t respond to her gentle touch. Caro kept staring at him till he got inside his car and drove off.

All through the service, Caro broke down at any given chance someone wasn’t watching. She was heartbroken indeed and regretted concealing the truth from Tony. When the prayer section commenced, she prayed to God to touch Tony’s heart and bring him back to her. She loved her son but her son couldn’t fill the gap of the affection and love Tony gave to her. Caro knew deep down that she was going to lose it if Tony left.

Service was over and she retired home. She tried calling Tony but couldn’t reach him and it broke her heart the more. She was falling apart but had to be strong and put up a happy face for her son. All through that day, she wasn’t herself as she was filled with regrets and guilt.

It wasn’t easy for Tony either but he felt he was betrayed and couldn’t trust Caro again. He missed every moment she wasn’t by his side and wanted to go after her, but a part of him kept holding back. He tried to move on but it was almost impossible because Caro was the only person he thought of each day. He was losing his mind so he had to confide in someone for advice on what to do.

Tony reached out to an elderly friend of his and poured his heart out to him. After his narration, his friend took a deep breath and said “Most times, when a woman hides something from you, it’s not because she means harm or wants to be deceptive but rather because she’s scared of losing you. If you truly loved her before, then I don’t think anything should change now. Everyone has a past they aren’t proud of, so this is hers and it’s so sad her own scars are visible for all to see. My guy! Talk to her and straighten everything out because I’m sure she’s suffering and dying of heart break, she truly needs you now than ever and this is the best time to show her that you’re a real man”.

Tony was touched by what his friend said and felt bad for the way he handled the wh0le issue. He thanked his friend for his wise counsel and headed home. On his way home, he had a change of mind and decided to pay Caro a surprise visit at her house. In no time, he arrived and saw her car parked outside the compound. He was happy she was around and went straight to her door and knocked.

After the third knock, a little boy opened the door and Tony saw Caro’s resemblance in him, he immediately knew he was her son. “Hello little man, how are you?” Tony said, “I’m fine, please who are you looking for?” The boy asked and before Tony could reply him, Caro walked in on them. She was shocked and surprised. She couldn’t utter any word as she stood there looking at them with her eyes wide open.

Tony figured she was surprised so he smiled and said “Hello darling!”.