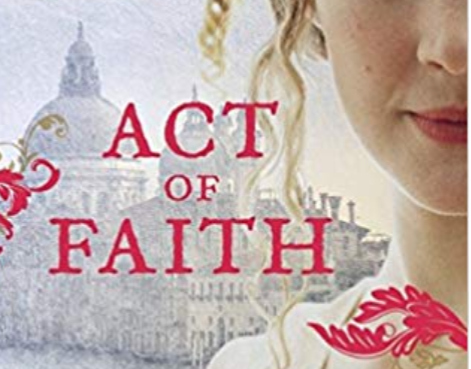 Act Of Faith 2
League of Six
Secret From Act of Faith 1
In the first part of Act Of Faith, the trained spies, Gabriel, Christiana, Israel, Matt, Morgana and Daniel who later became the betrayal tried unravelling the

mystery behind sir Jude Ike wealth, their founding was a bit fruitful as they were able to discover that sir Jude Ike has death Agents scattered all over the country, their mission was to kill people and send their skulls to big labs across the globe. They were also able to fish out Daniel to be one of Sir Jude Ike’s agent, but they weren’t able to get the man himself, Jude Ike. Apparently, he is somewhere and surely hasn’t left his dirty business. The spies let him be as they hope one day, he will run into the long hands of Newriton. But somewhere around the country, people still die like chickens

*
PROLOGUE
Location: Newriton, Lagos State
Date: January 2018
The Jungle was still, the tall trees shielded the sun from penetrating deep on the little inhabitants of the Jungle. Birds of the air could be seen Singing as they flew from trees to trees, they had nothing to bother about. Looking below the tree level of the jungle, a sculptured mark could be seen at the centre of large buildings surrounding it, everywhere was still. In one of these buildings, is a prison yard for criminals who had been caught by Newriton. Each cell could be seen to contain individual criminal, what a comfortable way to keep them. The thick iron protector preventing each of them from the outside world was electrically operated and at such they couldn’t break through their escape. In a particular prison room, a young, fine man could be seen staring intensely at the electric protector, he seemed to be looking beyond it as he was all focused on what he was looking at. He was all in black and wore a black jacket with a black trouser, he was calm like he couldn’t hurt a fly. Suddenly, the iron protectors to all the prison room swiped open. Surely, the inhabitants of the prisons were surprised but they took chance of what just happened and ran out to sort their escape from the jungle. The man in black did a quick roll from the floor and ran out, the guards were now alerted and two could be seen coming towards him, he immediately did a flying double leg kick and the both guards
Read more stories @:- Pizarena

were soon on the ground. He ran out of the building with the rest of the prisoners to the big open field. Alerted trained fighters could be trying to curb the prisoners with swords, knives and guns, they shot at some of the prisoners, threw knives at some and slashed some with the sword but no one could hold down the Man in black. He was too strong and fast for the fighters, he beat through the fighters and found his way to where bikes were parked but he was shocked to meet a young lady waiting there with a

sword. ” Young girl, Leave the way” he shouted as he advanced towards her, ” Beat me away” she said and flung her sword across his head, he simply bent and did a forward roll to her, he did a leg sweeping kick and the girl was soon on the ground, she did a Chinese get up immediately but a back kick sent her back to the ground, she tried staggering up but couldn’t. ” If things were okay, I wouldn’t mind having you as my girl” he smiled as he hopped on one of the bikes and zoomed off dodging bullets and knives, but he wasn’t lucky as one knife caught his back, nevertheless, he never stopped driving, he escaped.

•
Back in the prison yard, someone in all black could be seen holding an iron electrical change over, changing it down, all the prison room closed up. ” Done ” the person seemed to smile, but the cover face cap that was worn hid the smile.
*
Episode 1
Title: Meet Tonia
” Gabriel!!” Adanna shouted my name from the sitting room, I know whatever she is calling me for, it isn’t something meaningful. ” Yes” I answered as I walked to her from the bedroom, she was watching a love movie. ” look at that man, see how he is holding his wife, come and hold me like that” She demanded pointing to the television, I simply hissed and made to go back to the room. ” If you go ehen” she threatened and I stopped. ” Joy, can’t you just let me rest, am busy inside putting

some things together” I shouted calling her by her English name. ” Oya, please now, come and stay with me” she begged but I stood still, then she twisted her mouth like she would always do whenever she wanted something from me, that twisting of her mouth, do actually get me. I walked and sat with her on the couch, I wrapped my hand around her waist and she rested her head on my shoulders. ” I love you” she said kissing my cheeks and laughing at my frowned face, it got me and I laughed back, that was why she is my wife, to always disturb me. Looking back, I find it difficult to believe that this was the same Adanna back then in the village, the village girl I loved and I tried my possible best to get her. She used to play hard to get then, not actually play hard to get, she was hard to get then. It actually took me a great deal of perseverance and tolerance to get her, kudos to me. ” Can’t you just for one day take me out to all this beautiful places, just like the way lovers do?” She asked bringing me out of my thought, ” sorry to disappoint you, we aren’t lovers, we are couples” I told her focusing on the movie, I wasn’t actually watching the movie. ” Big head, all couples love themselves, so they are lovers” She said hitting my chest playfully, ” Okay, have heard you” I said in a bid to stop the conversation. ” Hey, you’ve heard, does that mean you are taking me out?” She asked but I didn’t answer her, ” Then I take that as a yes” she said and placed her head on my laps, soon , she was in dreamland.