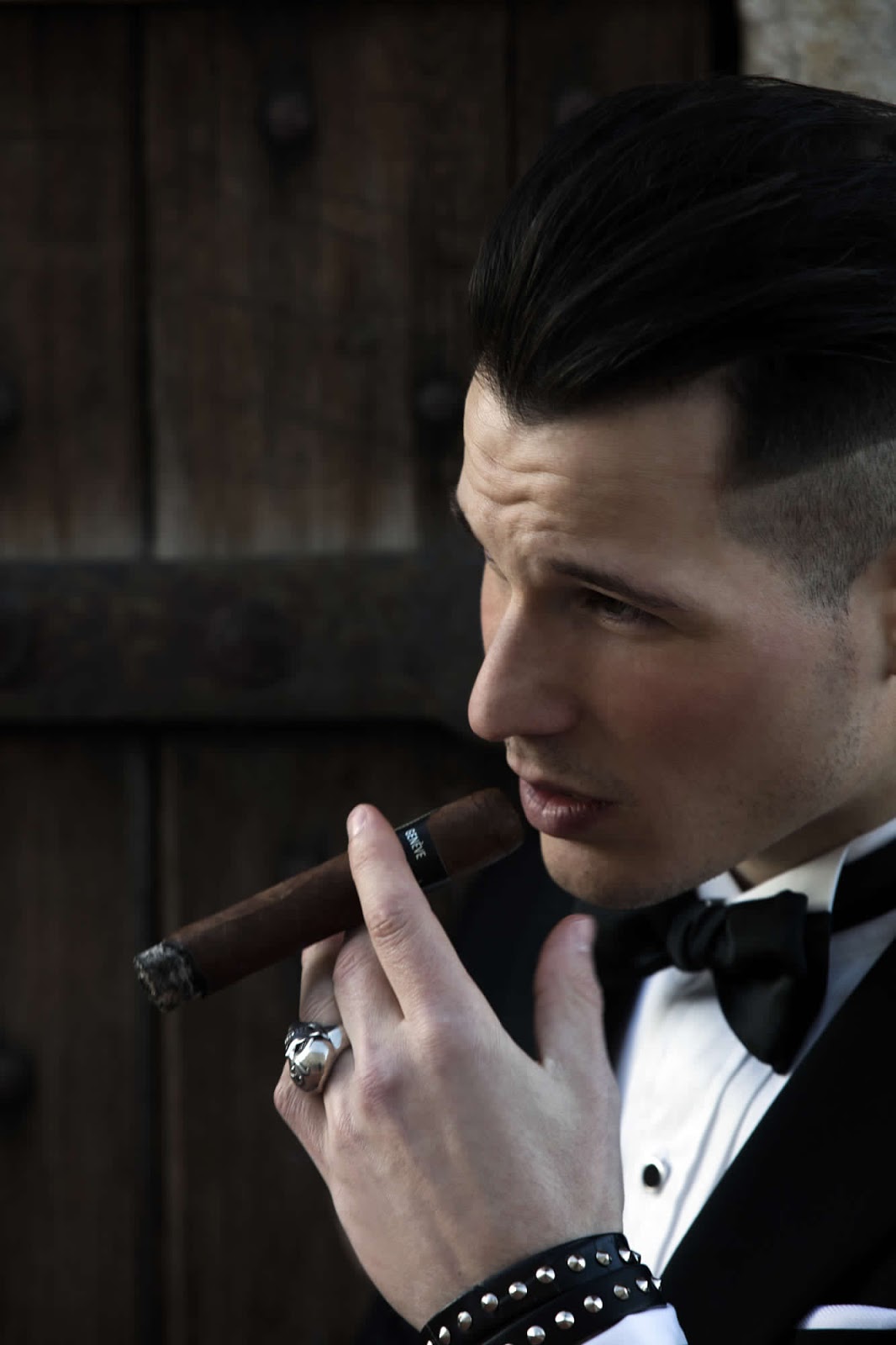 Not Your Typical Agent

In my head, the disciplinary committee was ready for me in the next room while I sat on the waiting chairs. My hands were sweating and i was breathing like i was having an asthmatic attack. Two years i had worked for Agency X Corp, two freaking years and not a single day had i ever been summoned by this committee. I did my work and ensured i didn’t mess up. All I wanted to do was make ends meet to provide for my wife Leah and our unborn baby. Leah was due any day.

I looked on my right and saw a very tall slender but curvy woman coming my direction. She was the first person I had seen since I got to the agency except for the old sluggish man at the reception. I thought her to be one of the workers at the agency. Unexpectedly, she stood right before me and stared at me while looking at some papers in her hands. Looking at her upclose, she was very light in complexion. However, no matter how much make up she had applied, i could tell she was old.

“Yes that’s me,” I answered extending my arm to greet her. She ignored it and looked back at the paper. That was embarrassing. I checked around to see if someone had seen me being left hanging. I sighed, I was just alone with the heartless cold woman. That’s how I got to know her; a heart so cold as mount everest. I didn’t need a name to put on her. She reminded me of Kanye West’s Heartless song.

“Follow me!” She turned around and started walking. I followed her. For a woman who seemed to have an ego higher than that of any mountain, her butt was as flat as an ipod I couldn’t help but giggle. “Anything funny?” She asked stopping.

I quickly got my phone from my pocket and pretended I was laughing at something I had seen on it. “It’s this Meme,” I wanted to show her but she turned my phone away. Thankfully, there was nothing on my phone.

She continued walking while I trailed. I kept wondering where she was taking me because in my head, the office I had sat outside of was the disciplinary office. I didn’t ask questions but let her lead the way. We got to a door with an imprint on it, it read; ‘The Disciplinary Committee.’

“Wait,” I stopped her. She looked at me irritated sagging her shoulders. Her stare was somehow scary I forgot what I wanted to say. I could see the wrinkles she was hiding under that make up. They were vividly clear and damn, she looked ugly.

“What?” She asked trying to keep calm.I touched my head trying to remember what it was I wanted to say. Luck wasn’t on my side, I didn’t. She smacked her lips in disgust and opened the door. “Now enter!” She ordered me.

I slowly walked in. For a moment, I forgot I was somewhere along Kwese Road in Hillpark, Lusaka. It was like I was in one of those blockbuster movies I could even feel the suspense music playing in the back of my head. As I stepped towards a chair which was obviously set for me, the door slammed behind me. She had closed the door and locked it. Was this all part of the discipline? I asked myself sitting on the chair. I felt some fresh air in the room that made me relaxed and calm. The disciplinary room was painted all white. Everything in it was white and was very tidy. Tha table in front of me had three chairs on the other side. Whatever game these people were playing, it was odd. I decided to keep myself busy on my phone.

A moment later, my phone battery drained due to excessive usage of the internet. I didn’t know what else to do. I moved my chair so that I could rest my head on the table. I managed and rested on it. I dosed off.

“Agent BrynX,” a voice called me.

I felt like I was home and Leah was waking me up. I quickly gained conscious and remembered where I was. I got up and met with disappointed faces. They all looked at me nodding their heads. “Hi,” I waved at them embarrassed.

“Let’s begin,” a voice behind me said.

I turned my head and found Ms. Cold standing behind me. “Agent BrynX,” she looked at me and went on. “This is the Disciplinary committee. They are also members of the board. On the far right is Mr. White, on the middle is Mrs. Zimba and far left is Mr. Keyala,” she pointed at them. “And I am Mrs. Vimbuzi, we have already met,” she said.

I chuckled. What kind of name is Vimbuzi? In my indigenous language, Vimbuzi means toilet. It was there and then that I nicknamed her cold toilet. Of course, only I knew the name.

“Are you ever serious?” She asked with an annoyed face.

“I’m sorry for that Mrs. Vim……” I paused and held myself not to blurt out. “Vimbuzi.”

They all looked at each other probably wondering why i had that surname. They looked at all the doc-ments at their table to confirm and they nodded their heads looking at each other.

“Mr. Bryn, do you know why you’re here?” Mr. White asked jotting down something.

“I believe I do Sir,” I answered. I knew why i was summoned but what i didn’t know was how extremely serious it was.

“Why are you here?” Mr. Keyala added with his hand on the chin.

“Bleach of confidentiality,” I bowed my head.

“Is that all?” Mr. White asked again.

“Yes unless there is something I don’t know about,” I looked at him.

Mrs. Zimba Sat upright staring at me. She flipped the papers on the table and asked, “What is the name of our company Mr. Bryn?”

“Are you being serious?” I asked looking at everyone. It didn’t seem relevant to ask me the name of the company i was working for. I knew the name obviously and that sounded like an insult to me.They all looked at me blankly. She was being serious and I needed to answer. “Agency X Corp,” I answered.

“Do you know how important that X is?” Mrs. Zimba asked seriously.

I hesitated to answer.

“Do you know Agent BrynX?” She Raised her voice.

I was startled and leaned back in the chair. Truthfully speaking, I didn’t know what the X symbolized and all the two years I had worked there, I didn’t care to ask. So long as my job was done, I was happy and a letter X meant nothing to me.

“Then why would you go around talking about what you do?” She asked.

Agency X Corps motto was ‘Always Watching’. It was against this motto that this companies duties were based on. They dealt with everyone on the other side of the law; Law benders. It was like a police station but dealt with people that even the force was afraid to deal with. I was on the lower rank of the Agency. I dealt with small time crooks and cheaters. I never complained but I yearned for action. I finally got it but at a greater cost.

Confidentiality was a priority at Agency X Corp. It then hit me that while I thought I had been called for telling my wife what I was doing, it was another thing but who else did I tell? I didn’t remember telling anyone. “My wife?” I asked.

Mr. White removed his glasses and asked, “You also told your wife? Jesus!” his hands were on his head.

“Who recruited him?” Mr. Keyala asked angrily opening a file from his table. I wished the floor would open and swallow me. I also got worried about Mrs. Daka, the woman who hooked me up with the job. She had gone her way to find it for me. I hoped i didn’t put her in trouble. “When did you start working for this Agency?”

“So you are clocking two years next month,” Mr. Keyala Looked at Mrs. Zimba nodding his head.

“Why would you tell your wife?” Mrs. Zimba asked. “Didn’t you read the rules? What happened to protecting those close to us by not revealing what we do? To the outside world, what are you supposed to be?”

“A plumber working for BOB & BOB plumber for hire,” I responded realising how stupid I had been. In my mind I kept justifying my actions. She’s my wife and I’m supposed to tell her everything. ‘The truth hurts but Secrets kill,’ my wife’s words after she had suspected I was keeping something from her a year ago. And it’s not like i had told anyone. It was my wife for crying out loud.

I looked at him.

“So we have just known that you told your wife,” he looked at the others and went on. “We have a recording of you telling some people in a club that you’re an Agent. We also have a footage of you showing your I.D to a police officer.”

“I thought the police knew what we do,” I said.

“No they don’t, what did that police man want to do with you?” Mrs. Zimba asked.

“He wanted to arrest me.”

“Your profile shows excellency compared to what I’m seeing here,” Mr. Keyala said. “On paper you are intelligent and highly skilled but in person you are stupid and dumb,” he said with disgust on his face. “Work ethics is very important to abide by.”

“I understand I’m Not your typical agent sir,” I smiled. “Atypical is the word.”

“Nothing sir,” I responded.

“Go out we’ll call you,” Mr. Keyala dismissed me. All the three leaned back in their chairs disappointed in me. Only Mrs. Zimba was watching me stand while the others looked away. I had made a bad first impression to the bosses. “And please close the door behind you,” Mr. Keyala said looking at the table.

I stood up and walked to the door. I wondered why Mrs. Vimbuzi didn’t say anything. She kept watching what was happening. I got out and found myself a seat. An hour passed and the door opened. Mrs. Vimbuzi got out. “You may leave now,” she told me.

Before she said anything, the old man from the reception came with a file in his hands. He looked at me and then her. He hesitated to talk but she gave him a cold look. “Madam, those two agents working on the Brothel case are back,” he said handing her over the file.

“Agent BrynX, leave!” She said with her Eyebrows squeezed together forming a crease.

I knew better not to say anything. She was angry. At least She called me Agent. I felt relieved. That meant I still had my job. I didn’t want to do anything to sabotage that. As it was, I was in trouble. I left the building with no clue of what was to happen next. I needed my job. There was no way i could afford losing it. True, i had been careless but i deserved a second chance. I had a wife to take care of and a baby on the way. I crossed my fingers as i walked to my Corolla.

When I fall episode 29