At The End Of The Tunnel – Episode 6
© Jennipher Duru 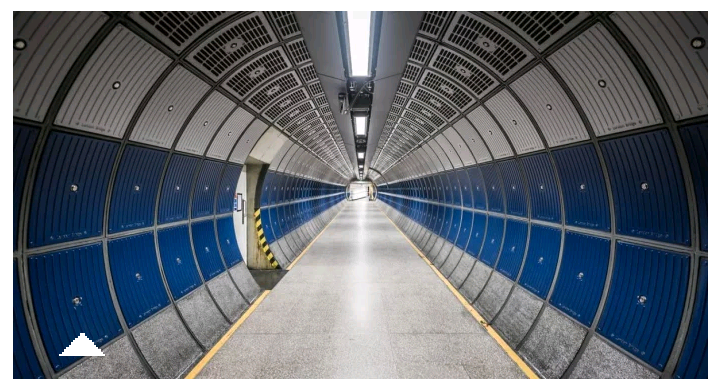 “Hello Catherine, yes please meet me at the police station. I need to report this matter to the police. Who do these people think they are to

come into my house and dictate what they want?” Mama Stella said. The struggle for the properties had been going on for three days. Godwin had practically taken over the house. He had confiscated the keys to all the rooms in the house as well as the car keys. He had entered Brian’s work room and made sure he collected all docvments related to the houses. No one could dare talk to him about it as he had become very violent. His mother was in support of his behavior. His father could not talk much because he feared his wife.

Mama Stella rushed to the door. Florence and Austin followed her. “Ken, Ken, please bring out the car and drive us to the police station” Mama Stella said to the driver

“Sorry Ma, but Mr. Godwin has taken the keys for both cars and says he doesn’t want to see anyone near them” the driver said

“Mummy, let me go and kill this man, why should he take your car keys?” Austin shouted. His mother stopped him and asked him to calm down “Don’t worry sweetheart, let’s take a taxi. The police will soon sort it out and it will all be over” she said. They stopped a taxi and drove off to the police station. Catherine was already waiting for them there when they arrived.

“Madam, I have heard all that you have said, but unfortunately, there isn’t much we can do about it because your husband did not leave any will that can allow us carry out our work properly. I suggest that you sit down with your husband’s family and discuss amicably” the Police Officer said

“Discuss amicably! Are you trying to say the law no longer protects people’s rights, a widow for that matter?” Mama Stella said

Mama Stella put her hand on her chin. Catherine rubbed her hand on her shoulder “Don’t worry Mama, everything will be fine. Try to get a lawyer and take them to court” she said

Mama Stella: My dear, you cannot imagine that that useless man called Godwin or Satanwin has put his hands on all docvments.

Catherine: What! You mean you don’t have your own bank account where you keep money?

Mama Stella: I do my dear, but there is almost nothing there except the little cash I get from the sales of my cakes. Brian and I did everything together. Whenever I need money, I just use his ATM card and that’s all. I wish we could have thought of separating things

Catherine: My God! This is dangerous. Anything can happen in this world. A woman needs to be independent

Mama Stella: With my Brian, I

was an independent woman. He never dictated anything on me; I did everything with peace of mind. He gave me anything I wanted.

Mama Stella broke down and cried. Catherine consoled her. She drove them home in her car. Upon arrival, they found that the gate was locked. They called out for the gateman to open the door, but there was no response. Mama Stella and her kids hit the gate with stones as hard as they could, but no one opened the gate. She sat down on the floor and wondered what to do next. After a few minutes, she saw Nadia coming from the main road with a suitcase “Mummy, mummy, I am glad you are here. Godwin has chased us from the house saying we should never return again” she said

Someone pushed the gate open. It was Godwin and his mother. They threw three suitcases outside for Mama Stella and her children. “Never return to this house again you witch! You have killed my son and now you want to take everything he worked for” Brian’s mother shouted. They went in and locked the gate, leaving Mama Stella and her children in astonishment of what was going on. Meanwhile a crowd had gathered to watch the scene. One of the neighbors came up to meet Mama Stella and said “Mama Stella, I know my house is not that big, but you and your children can lodge there until you sort out everything. God will fight for you Mama”

Before Mama Stella could respond, Catherine answered “Don’t worry my dear. I will take care of this”

Mama Stella looked at the woman and said “Thank you my dear. I really appreciate”. Catherine put their suit cases in her car and took them to her house. Once they arrived, she put their

items in the visitor’s room.

“Mama, you guys can make use of the guest room as we try to sort out this issue at hand” Catherine said. Mama Stella wiped the tears that were flowing and said “Thank you Cathy. I don’t know what I could have done without you”

Two months had passed since the incident and Mama Stella had been trying her best to get back into her house to no avail. She had used all the money left, including the 1,500 Dollars she had received from the Director to get a lawyer. Unknowing to her, the lawyer was just a fraudster who disappeared after receiving the money. Mama Stella was losing weight every single day. She spent most of her nights crying inwardly and little by little, her BP was becoming so high. Sometimes, she would completely pass out. Catherine had tried to give her some medication to induce her sleep, but this was all in vain.

One Thursday morning, Florence came back home looking so sad. Mama Stella was helping Catherine’s maid to cook when she saw her daughter coming back from school “Sweetheart, what brings you home so early? Aren’t you supposed to be in class?” she asked

“Yes mummy, I am supposed to be in class, but I have been told to only come back once I pay my school fees as I am owing two months” Florence replied.

Mama Stella sighed: “Oh God! What kind of situation is this? Why does everything have to crumble like this?” she said. She put her hand on Florence’s shoulder and said “Don’t worry, I will find money to get you back into school”

Florence replied “Ok mummy, I really need to go back because our final exams are a month to go”

That evening, when Catherine came back from work, Mama Stella went to meet her in the living room

Mama Stella: Cathy, welcome back, you look so tired today

Catherine: Yes indeed, I am tired. I had so many things to do at the office.

Mama Stella: Sorry. I have prepared some nice rice and meat stew for everyone. I am sorry to disturb you now. I need a favor from you. Florence was chased out of school today because she owes the school two months of school fees. Please my sister, help me with some money to settle these fees. I promise I will reimburse you once I manage to get back our properties.

Catherine: Ohh that’s really sad. I actually saw the Teachers on duty going round to collect school fees. I didn’t imagine that Florence would be among them. I really wish I could help you with the money, but right now I am quite broke because I spent quite a lot of money on the house we are building in the outskirts of the city.

Mama Stella: Please I beg you. You know that both her and your daughter will be seating for their exams next month. I don’t want her to miss classes because this is a crucial time. If you can even ask from your husband, I will appreciate. I promise I will pay you back

Catherine: Hmm, honestly Stella, how can you force me to ask money for you from my husband as if you know his financial status?

Mama Stella: I am sorry. I didn’t mean to sound that way. I am just confused right now and would appreciate any help

Catherine: Well ok, I will try to ask from my husband, but I am not promising anything.

Mama Stella knelt down on the floor and thanked Catherine.

That early morning, Mama Stella asked Florence to get ready for school as she knew very well that Catherine’s husband would lend them money for her school fees. Catherine knocked on their door and she hurried to open

Mama Stella: Hey Madam Cathy my Headmaster, how are you?

Catherine: Yes Stella, am fine and you?

Mama Stella: I am doing fine, by God’s grace. I am sure you have good news for me right? Florence is even ready for school

Catherine: unfortunately. Just like I told you yesterday, I couldn’t promise anything. My husband says that he doesn’t have enough money. As I explained yesterday, we used most of our money to pay for building materials for our new house. I wish I could help

Mama Stella: Ohh! What will I do now? I have nowhere to turn to.

Catherine: I am really sorry. I wish we could help

Catherine closed the door and left. Florence put her bag on the bed and sat down. Her mother sat beside her and encouraged her “Don’t’ worry baby, I will find a way out of this situation” she said.

Mama Stella went to her late husband’s place of work to see the Director. She prayed to meet him so that he could help with her husband’s death benefits so that she could use them to pay off the school fees. Unfortunately, she was told that he had gone on retirement and a new Director had been appointed. She was told to see the HR Manager who further advised her that the benefits could only be acquired from the social security office. She left the office feeling so sad. The social security office was quite far from the office, and because she did not have much money to get on a bus, she walked a long distance to get there. People looked at her strangely because of the black traditional mourning robe that she was wearing. At the Social Security office, she was asked to fill out a lot of forms and then asked to return in the next two weeks. This came like a shock to her. She wondered where she would get the money.

That evening, Florence and Mama Stella sat in their room watching through the window which gave a view to the main gate. Catherine and her two daughters: Lena and Emily (who was in the same class with Florence) returned in the father’s car. They entered the house joyfully. Emily played with her dad as they entered the house. Mama Stella looked at Florence who was busy admiring her friend and the dad. “I miss dad. I wish I could play with him again the way Emily is playing with her dad” Florence said. Mama Stella tried to be strong. She pretended that she wanted to go to the toilet. When she entered the bathroom, she cried bitterly, wiped her tears and then went back