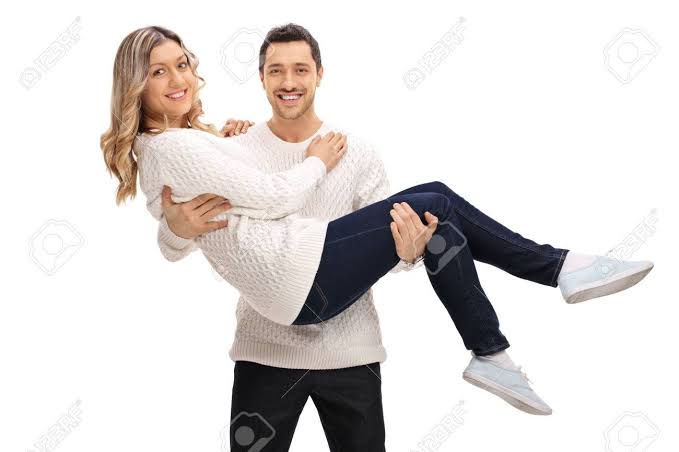 Back In His Arms
.
.
Episode 1
Three days later
At 9:00pm,Michelle was already at one of the famous casino in Paris. She was busily playing cards with five Italian businessmen.
All these years she has played with most businessmen and she never lose.
it’s been two years since Michelle also known as Elle left her husband.
“Sir,your wife is here”,she said.
“l know…”
He set aside his paperwork and made his way to the elevator. There is no time to waste.
it’s been a long time since he set his eyes on her.
As he reached,a soft chime announced his arrival.
The walk through the casino to the high-roller area wasn’t long,but each step wieghed more heavily on him than the last.
Elle was here. ln his casino. After two long years he should be excited to finally meet her.
His mouth was dry, his pulse racing in his throat. He was very nervous.. imagine Nate Reynolds Billionaire casino owner Former most eligible bachelor in Paris,nervous. Elle has always been his weakness….
Nate rounded the corner and spied the entrance of the high-roller lounge,he could spot her.
Her back was to him as she leaned over her card,her legs crossed beneath the table.
Her long raven hair spilled over her olive skin of her bare shoulders.
He could see all the men with their long faces throwing their cards in disgust.
He knew Elle has won again. She was very good with cards.
Nate stopped just stopped behind Elle and placed a heavy hand on her shoulder.
She wasn’t expecting him. Mate smiled and nodded.
“Gentlemen l hope you won’t mind if l deprived her company”
He leaned down and pressed his lips against the softness of her ears. The smell of the shampoo filled his lungs.
“We need to talk”
The demand was quiet and simple but powerful.
“Well gentlemen l guess I’m done”,she slide the cards across the table and rise from her seat.
Elle grasped her black leather purse and strolled to the exit with Nate quick on her heels.
He moved alongside her,scooping her elbow with a firm hand and guiding her towards the elevator.
“Get hands off me”,she hissed through her gritted teeth.
“l will not…. l should have security esc-rt you upstairs instead”
She came to a sudden stop. Her green eyes were alight with anger. They penetrated him.
“You wouldn’t dare”,she said.
God, she was still beautiful. Nate felt the familiar pull in his gut, the heat flooding in his groin.
The s€×ual spark had always been there.
He didn’t mind rather quickly turned and tugged her behind him. Elle silenced her protest and stopped resisting his pull…
He didn’t let go until they stepped off the elevator to his suite.
She pulled away turning left toward his office and dropped angrily on the leather sofa…
“What do want?”,she asked.
“l have a preposition for you,Michelle”
“What?”
“You will have to stay with me as my wife for a month”
“l will do that if you only grant me a divorce at the end of the month.”
“Deal…”,he said.
l am going to make you pay Nate Reynolds. I will make you beg like the way l did years ago,she thought.
“Oh Nate. l know why you are doing this?”
“Why?”
“You want to punish me for leaving you”
“You are insane”
“You can deny it but l know what am saying”
She stood up from the couch,walked closed to him. Their noses barely touched.
“if you think you will punished me. Then l will punished you more Nate”.
“ls that a threat Elle”
“Just try me”,she looked him in the eyes.
“So where will l sleep”
“ln bedroom upstairs”
“And you”
“l will sleep with there with you”
“Well Mr Reynolds is this part of your punishment? I’m not sleeping with you”
His heavy brows rose in response to her declaration.
“l hadn’t planned on sed-cing you”
Nate stood up and leaned over to her,trapping her between his arms. Elle eased back into the couch, but there wasn’t anywhere else to go.
She could only breathe in his cologne. His gaze raked over her.
“But what if l did and what’s wrong with that? it’s not a crime to sleep with your handsome Elle”
His mouth brushed across hers as he tightened his arms around her wa-ist. He had missed her.
“Don’t need me. You always say that remember. Do you remember”,she pushed him and moved out of the suite.
The next morning she arrived to the suite. She saw him dressed in a jeans and t-shirt.
“Where were u?”,he asked.
“Since when were you concerned about me”
“Elle…..”
“it’s been a long time you have asked me such a question”
“Elle…..l”
“You know what l have to go to bed now”
.
.
To be continud

Can love be perfect episode 21

In Love With A pr-stitute – episode 8