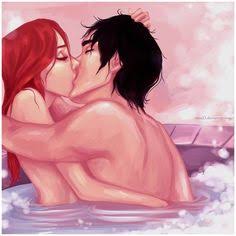 She mo-ned as she came, her juices shooting out and running down my c*ck and into my lap.
She took a second to compose herself and then slipped off me. “I can’t believe you just f*cked him until you came!” Mutinta exclaimed. “I just couldn’t help myself, his c*ck filled me so well it was incredible!” She said.
Mutinta couldn’t help herself now, after seeing Mervis c-m she was so ho-ny she straddled me and pushed her honey pie down onto my c*ck, letting out a gasp as it penetrated her.
It slipped in easier this time, but there was still some resistance, and she was already doing her best to get rid of that. “I can’t believe you two” Natasha shouted,

“You drag me off him, only for you to f*ck yourself to an orgasm on it (she said pointing at Mervis), and now you’ve gone back for seconds (pointing at Mutinta).”
“Well you were right, it just feels too good” Mutinta said as she slid up and down on me at an ever increasing speed,
“You can have another go next, you started, so it’s only fair you finish!” By now Mutinta was frantically playing with her tits as she slammed herself up and down on my c*ck, she was looser now, but still very tight and it wasn’t long before she too had an org-nism “F*ck yes, oh shiiit, fuuuuuuck, ohhhh daaaaaaaaaaaaad yeeeeeeeeeesssssssssssssssss” She scre-med as she came violently, her body trembling with her orgasm.

Her honey pie was clenching hold of my c*ck and it took a hell of a lot of self control not to shoot my c-m into her. She slipped off me, my lap now full of her and Mervis’s juices. I barely got to see my d*ck though, as soon as She was off , Natasha literally jumped back on, sighing loudly as I penetrated her.
She was soon bouncing at some speed, her tits flailing wildly as she did, I wanted to grab out and play with them, but I still had the damn handcuffs on. She started mo-ning loudly and then came violently with a loud squeal of pleasure. Her juices ran out of her honey pot, down my c*ck into my lap.
She collapsed into me as she fought for breath.
She eventually crawled off me and flopped down into her chair. “Don’t I get to c-m?” I asked. “Of course you do, just not near any of us.” Mutinta told me. “Oh” I said, slightly dejected.

“Not this time anyway, Precious has been waiting for you to shoot c-m into her for the best part of two hours, she just told us to make sure you had a nice big store of c-m for her.
But maybe next time…. If you want a next time that is” Mutinta said. “I think I’d like there to be a next time.” I said with a broad smile. “So would we!” The three of them said in unison.
They all put their dressing gowns back on and then undid my handcuffs, I got up from my chair, still unclad.
Mervis came up to hug me and whispered in my ear “Thanks for the orgasm, it was the best I’ve had in some time.”
“No problems” I told her.
Mutinta was next: “I still can’t get over how big you are!”

“Well I can’t get over how tight you were!” I replied. “Not any more I’m not!” She said with a chuckle.
Natasha was last: “That was the best s€× I ever had, thanks. I just wish you weren’t dating my best friend”
“we can pretend I’m not!” I whispered to her.
She smiled and dropped to her knees, k-ssing my still er-ct c*ck on the head “Don’t be a stranger” I grabbed my clothes, but didn’t put them back on.
“Now go f*ck your lucky babe” Mutinta told me,

“But remember, I don’t think she’d appreciate knowing we all had s€× with you.” “Don’t worry, I wasn’t planning on telling her!” I responded.
With that I walked towards Precious’s bedroom, thinking what a lucky guy I was and how great a birthday this had been, but still looking forward to the next time I get to play with my girlfriend’s three friends!
Three months later, the college introduced compulsory HIV/AIDS testing and counselling in order for them to forgive accurate statistics and discovered that the entire group were Positive until now they do not know who gave them a virus.
*****THE END*****

IMPORTANT NOTES:
Don’t be deceived by what you see, without being tested you can not predict someone’s HIV status.
Avoid unprotected s€×.
If you love your partners encourage them to do HIV tests.
If you’re HIV positive let the people who are closer to you know your HIV status in order for you to live a happy life with comfort.
If you enjoyed reading this story comment with: AIDS IS REAL!!!