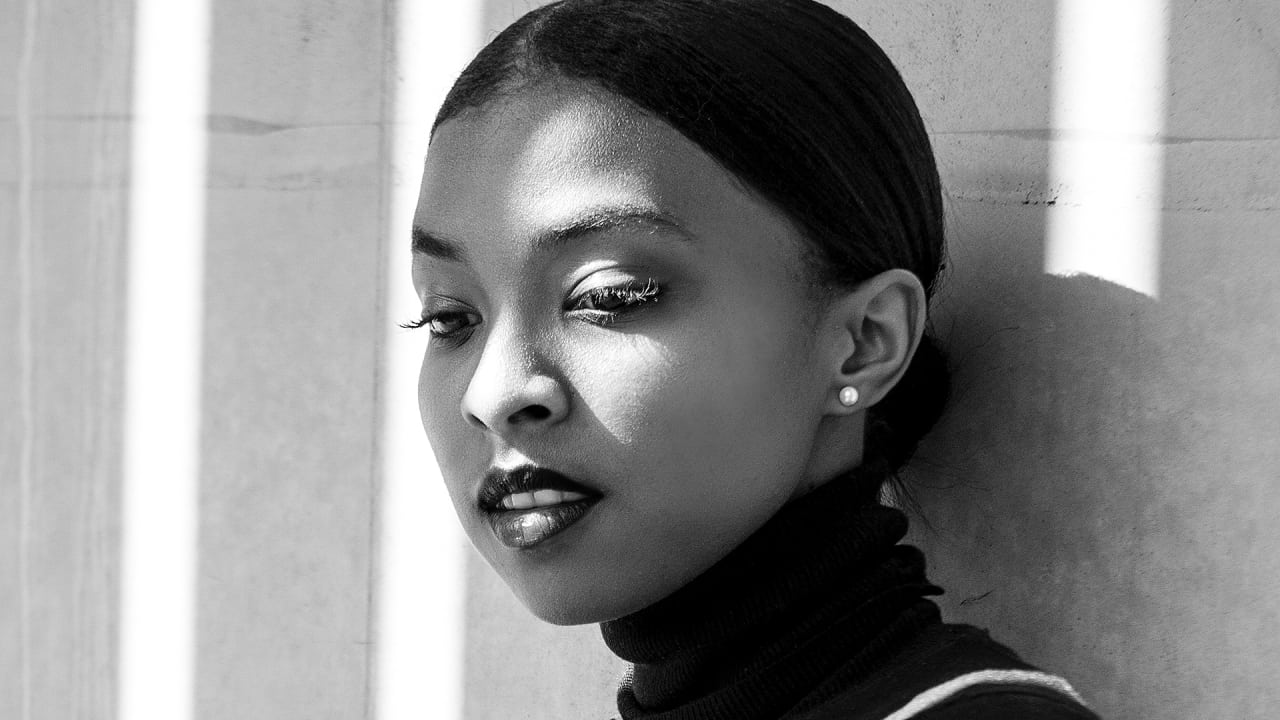 
EPISODE 35
Richard pulled a chair close to me & he sat on it, increasing my
tension.
“u should go with them. I am fine here but ur girl friend needs u”, I said trying to make him leave even though I wanted otherwise.
He brought his mouth close to my ears & whispered, “Are u
jealous?”
My head moved immediately he talked with his breath seeping
into me & I said
“Me… Jealous? Of course not. Why should I be? I
only feel that it is not proper for-”
“Shhhh”, he said,“u only need to relax”.
“I should be at work now”,I said trying to sit up & he helped me up after I refused to lay back. As he helped me to sit comfortably, I
became tenser cos he was alarmingly close & for a few split of seconds, we both froze as we gazed into each other’s eyes.
His blue eyes were so captivating
that I threw caution into d wind & satisfied d hunger of my eyes. B4 I knew what was
happening, we were inches away from each other & my eyes were not on his eyes but on
his lips which was one thing that was a constant distraction
whenever he was close. The alarm went off in my head & even though I terribly wanted to
explore, I shifted slightly & he got d message.
“I am sorry”, he said
I was furious about what had almost happened & opened my
mouth without thinking. “What exactly do u want from me? I now know that u are d
owner of this hospital. Is this how u go about seducing ur workers cos u are handsome?” I asked
He was stung & I knew it instantly but words once spoken can’t be gathered back. He was
on his feet instantly.
“I am sorry” I said immediately
“No,u are right; I don’t have any right whatsoever to try to
kiss u but I don’t go around kissing people if that is what u think I do. I just can’t control
myself with u & it is best for u to start knowing d type of
effects u have on men, though I am not just physically attracted
to u. I have not been able to get u out of my head ever since I saw u in d concert but it is obvious that u don’t
like me. Take care of u” he said & marched out b4 I could say anything.
I sat down there too stunned to speak. I wanted to cry but water just did not come out of my eyes.
I wished I had not opened my big mouth & I didn’t even think abt d hurt in his face cos it
was just too much for me to bear. Prisca entered immediately & we talked d way we
usually did intentionally leaving our parents & yesterday’s issue out of it. After some minutes, she asked,
“what did u do to
Richard?”
I sighed deeply & narrated d whole episode to her.
“Oh my God Lina, why did u say that now? The poor guy loves
u to perdition & u made
him feel like trash” Pric said.
Prisca’s words made my misery worse & I sighed again
“I know but d words were out of my mouth b4 I knew it. I was
angry at myself for falling in love with him & I took it out on him”. I said without thinking
again.
She gasped, “I knew it; u are in love. Wow… just perfect”, she said grinning widely. I eyed her annoyingly but kept quiet, so she later said,
“u have to apologize
to him but give him some time.
****
I looked around gazing at my best friend who had now become my sister, my new mum
or step mother, my new father & old father or rather, step father. Prisca had spent nothing less than one hour trying to make me forgive her dad. I was
about to leave d hospital & I had refused to forgive him but
Prisca has a way of making hard & bad situations simple.
I thought about everything & all he did for me when I was
nothing but a stranger & had to let my anger dissolve. She had one way or d other united her mum with her dad & everyone with my old dad & I was internally happy; Prisca is an
angel when she sets to be one & she can also be d exact opposite when u step on her
toes.
Mr Jegas came towards me & bent down beside me. “I am sorry for what I did to ur mum and u. I did what I
did out of ignorance &fear that I was about to scatter my home with my own hands. I am sorry,pls find a place in ur heart to forgive me & ur 2nd dad there, pls”.
No matter how
stubborn a person is, it is always difficult to discard d pleadings
of an elder. My anger dissolved & I rose up, wiping d tears that had come to my cheeks as I
hugged everyone
Tony asked me to stay away for 2days but I was partially at
home. I wanted to see Richard to apologize for my actions but my
new parents won’t let me out of their sight. They took care of me
as one would a baby.
The real murderer of Olatunji James was
taken to court was sentenced to death by
hanging.
Dad, who was intent on making up for his mistakes, got a big
contract for my dad which transformed his life tremendously & I was very happy about it
I got to work after 2days at home being a Friday & everyone welcomed me. I sat on
my seat in d office feeling very lonely & not quite long,my intercom chimed & Joke told me that someone was there to see me &d person prefers to
remain anonymous. My hopes were raised as I expected to see my blue eyed love but my
expectations were dampened when I saw the visitor.
EPISODE 36


My expectations were
dampened but not so much cos d person I saw was welcome. Deji had been discharged from d hospital on Saturday but b4 he left I had given him tips of what to do during his spare time. He had been scheduled to come thrice a week.
He
looked s smashing & I
gazed at him with a smile on my face.
“u were not expecting me right?” he said & I knew he had caught my earlier facial expression. I smiled at him
embarrassed
“Not really.How are u doing young man? u look exceptional”
I said meaning it.
“Yeah yeah, my life has changed. I am better than fine cos my
memory is back”,he said almost yelling & my eyes opened wide. I was out of my seat in an instant & I started asking technical
questions & when passed d test, we both laughed happily. He brought out a cheque & stretched it towards me but I refused
without even checking d amount. We argued for a while but he later hands down when he saw that I stood my grounds. We chatted for a while & when he left, I was smiling,
very happy for him
*TWO WEEKS LATER*
I threw my pen on d table furiously & hissed. I hadn’t been able to
concentrate at all thinking about Richard. It was like he was tactfully dodging me
cos I did not cross his
path once. I had wanted to go to his office many times
but I thought better of it but now, I wasn’t finding it funny. Everyone &everything makes me angry & I could not focus at all,
even music did not seem to wipe out d feeling of emptiness I felt so I decided to remedy d situation by
taking away d façade &
doing what my heart
dictates.
I left my office & got to
my secretary’s desk. “Joke,pls postpone any
engagement I might have 4 d next one hour, I need to get somewhere. If there is an emergency,u
can call me”, I said.
I was about getting to
Richard’s office when my brain started bugging me with d fact that I should not be doing this but I was
past caring. I saw his
secretary & greeted her,
“hello Tolani, how are u doing?” I asked to sound casual.
“I am fine Miss Belina”, she responded.
“Pls is Doctor Richard
in? I need to see him
urgently”, I said hoping to get a positive response
“Yes, he is. Wait let me
inform him” she said
picking d intercom
“NO. Please don’t. I want it to be like a surprise visit,pls”
“Aaahh,pls o, I might
get into trouble. He has
been so harsh on everyone recently & I don’t want to lose my job”
“Don’t worry, he won’t do anything like that, I
promise”,without
waiting for a reply, I went to d door & knocked. I heard d familiar voice say come in, a little above d
normal but I entered. The sight of him made me forget all I wanted to say but he was not looking at me, his eyes were on d books on his table
“Yes?” he said without
taking his eyes from d
books.
I took a deep breath &
said, “Richard” His head
jerked up instantly & his
blue eyes pierced into my soul. I was shaking there,not knowing what to say so I looked at my hands &said whatever came to my
mind.
“Richard, I know I have
offended u & I am
sorry. I should not have said what I said but I just could not imagine myself falling for a man so I tried to push u away with my words. I
know u have been
avoiding me & u should cos what I said is bad, it is very bad but I
can’t concentrate, I have been trying to work but I just can’t, I… I…” I stopped unable to continue. My eyes
were wet & I just wanted to run out of there but I noticed a finger raise my head up & I was surprised that he was already at my front. We stared into each other’s eyes & I just wanted him to hold me close cos my heart was pounding wildly. I don’t know who
moved forward between d two of us but I noticed that d space between us
had thinned & all I
wanted was to have him kiss me. He bent his head forward like he read my thoughts & closed his lips against mine. I was totally
lost & when we finally
broke off some minutes later, he placed his head against mine & looked into my eyes.
“u don’t know just how long I have wanted to kiss u, heart. I love u so much”, he said
“I love u too with all my
heart Richard”. He kissed me again. After d kiss,we just held on to each other & seemed to melt into one another
We went to d couch in his office &there, I explained everything that happened with Kelvin,my mum,
everything & he was so
sympathetic. He promised never to hurt
me but respect me always.
He then went forward to explain everything about his family,mother,love life
especially his affair with Tonia & how it had
become his nightmare after her supposed death & I felt his pain. I remembered that I had felt he had a dark
side but I never imagined something as serious as that. He apologized for keeping away &said that he wanted to give me time to get over what I was going through & that he had climbed d steps severally on his way to my office but had returned back after a 2nd thought.We kissed,laughed & by d time my phone
started ringing,I discovered that I had spent 3hrs with him.
EPISODE 37

Stalked By A Mafia – Episode 16

Judas in the church – episode 26

My mind as a teenager – episode 33

Judas in the church episode 37