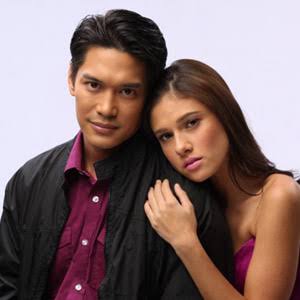 As Lisa drove home that evening, she almost died of guilt as her conscience kept pricking her. For the first time in her life, she felt broken and condemned, “Oh God! What did I just do?” she asked herself and broke down in tears. She thought of how she had betrayed Richard, “My husband doesn’t deserve this, he’s such a good and hardworking man” she said sobbing.

Halfway into her journey, her phone rang and she looked to see who was calling and it was Richard. Lisa almost dropped dead from the feeling of guilt that consumed her at that moment, she deliberately missed his call because she knew he would notice that something was wrong once he hears her voice. He called the second time and she picked, “Hello baby” she greeted, “How are you doing my love?” Richard asked and she replied by saying she was fine. “Baby I have a surprise for you” he said, “What’s the surprise honey?” Lisa asked, “Remember that your dream car you jokingly told me you were saving for” he said, “Yes, what about it babe?” she asked and Richard started humming a funny tone. Lisa tried her best to act normal despite the battle she was fighting with her conscience.

After humming and making funny sounds for a while, Richard revealed the surprise, “Baby I just got you the car and it would be delivered to the house tomorrow afternoon, you might want to take an excuse from work tomorrow and stay back home so you’ll be around to receive the package once it arrives” he said. At that moment, Lisa didn’t know how exactly to feel. She was having mixed feelings of guilt for giving her body to another man, and excitement because of the new car her husband surprised her with.

Her emotions became unbearable and she burst into uncontrollable tears. Richard was confused and didn’t know why she was crying, “What’s wrong honey? Why are you crying?” he asked but she couldn’t utter any word. Richard thought she was crying because of the car he just bought for her so he assumed it was tears of joy, “Baby It’s ok, please stop crying” he said, “I have to go to bed now, talk to you tomorrow. Love you” he added and ended the call.

Lisa finally arrived home but couldn’t enter inside the house. Her eyes were red so she wanted to cool off for a little while before entering because she didn’t want her daughter to see her like that. After about 20 minutes of waiting outside, she finally entered inside. Her daughter was already asleep by then so she dismissed the baby sitter for the day and entered the bathroom to take a shower.

While in the bathroom, she sat on the floor and burst into tears, “I have cheated on the man I don’t want to lose with a man I have no intentions of keeping, why did I let my guards down so easily. I made a vow on my wedding day to stick with my husband for better and for worse, but today I broke that vow and have committed one of the greatest sin of marriage by letting another man see my uncladness. I’m never going back to that gym house ever again” she said to herself as she sobbed.

As all this went on, there was one awkward thing that keep occurring and it was the fact that a part of Lisa kept thinking of Sean. She thought of everything Sean did to her back at the gym house, she remembered every bit of his touch, his charming whispers, his body, and the way he made her feel. The evident truth was that her husband has never made love to her that way before. In as much as Sean was the least of Lisa’s worries, she just couldn’t get him off her mind.

Throughout that night, Lisa couldn’t sleep well as she was consumed with numerous thoughts. She cried every now and then and kept tossing back and forth on the bed, it was a tough and stressful night for her.

The next day, she didn’t go to the office because of the package she was expecting. At around 12 noon, her dream car finally arrived and she was consumed with guilt because her husband didn’t deserve what she did to him. The delivery papers were signed and the car was handed over to Lisa. She entered the car and instead of jumping in excitement, she started tearing up as she laid her forehead on the car steering. “What should I do? I have failed as a wife” she thought to herself.

The appointed time for her training came but she didn’t show up that day. Sean was worried but already figured what the problem was. After work that day, he got Lisa’s number from the receptionist and called her. “Hello” Lisa greeted, “Hi Lisa, this is Sean” he said. Lisa almost had a heart attack when Sean introduced himself as the caller, “How did you get my number?” she shockingly asked, “I got it from the receptionist, you didn’t show up today so I was worried” he said.

Lisa’s heart started beating fast, she wanted to dismiss the call as soon as possible because she knew Sean was her greatest nightmare. “I’m fine Sean, thanks for calling” she said, “Please can I see you, I think we need to talk” he said but Lisa declined his offer. “Lisa please just let me see you” he pleaded and after much persuasion, she agreed.

They agreed on where to meet and in no time, they were there. It was at a lonely car park in front of a bank, Sean got down from his car and went to meet Lisa in hers. “I missed you at training today, why didn’t you show up?” he asked, “I didn’t show up because I feel so horrible due to what we did last night, I’m married and I cheated on my husband with you” she said and bent her head downwards. “I’m sorry for taking advantaged of you, it happened so fast. Can we put it behind us and just pretend like nothing happened?” he said. Lisa looked into his eyes and nodded “Yes”, even though she knew it wasn’t going to easy to put everything behind her because Richard was affected too.

Sean thanked her for letting go and was about leaving when Lisa stopped him by asking, “How do you see me now? I know you probably see me as a cheater and a loosed woman who cheated on her husband”. Sean smiled, looked at her and said “I might be sorry for what happened between us but I don’t regret it. You are beautiful and human, I’ll unapologetically fill up any gap your husband has left opened if you let me to. My intension isn’t to exploit you, but rather to fill you up”.

Lisa’s heart melted and she stared struggling with her breath. Sean looked into her eyes, leaned closer and k-ssed her neck, “Sean please stoooopppp iiiiiittttt” she said gasping for breath. He paid no attention to her soft plea, he drew himself closer to her and k-ssed her lips. Lisa wanted to stop what they were doing with every strength in her but just couldn’t. Sean was like a bad addiction that had already eaten deep into her system.

Sean adjusted the car seat and pulled it back. He jacked her from her seat and laid her on top of him, he used his teeth to drag her shirt down. He car-ssed her and just as they were about to get into it, he whispered “I love you Lisa” into her ears. She immediately opened her eyes and looked at him in a confused manner.

“What did you just say to me?” she asked and Sean repeated, “I said, I Love you”.