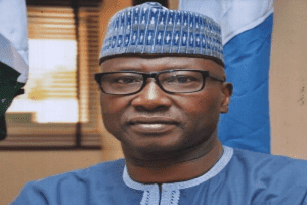 The Secretary to the Government of the Federation, Boss Mustapha has said the administration of president Muhammadu Buhari, has begun putting in place institutional structures to lift 100 million Nigerians out of poverty in the next 10 years.

Mustapha who spoke to journalists in Yola on Sunday, at the Yola International Airport, also considered his reappointment by Buhari as confirmation of the confidence the President reposed in him in his discharge of the duties of the office of the SGF.

According to him, the pledge by the president to lift 100 million Nigerians out of poverty, which he made, in his democracy Day Broadcast, is one of the boldest statement to have ever been made by any president. He said he was convinced that the pledge is not a ruse because the administration has already set in motion an agenda to redeem that pledge.

He also urged every patriotic Nigerian to key into the government’s plans and cooperate with the administration and make it feasible. “It is the boldest statement coming from the President. The president has already set the agenda to redeem that pledge by providing an institutional framework that will encourage lending to small and medium scale enterprises.”

The SGF, who also stated that there has been a remarkable improvement in security across the country, noted that he had nothing against those who also wanted his seat. He pointed out that he personally did not consider the aspirations of anyone who wanted his seat as SGF ‘altogether negative’.

He however said, he was thrilled, overwhelmed and excited by his re-appointment, adding that he considered it a confirmation of the confidence President Muhammadu Buhari reposed in him piloting the affairs of state as Secretary to the Government of the Federation.

“The last couple of days I have been weighed down by the enormity of the responsibility of the office and the trust that has been bestowed in my hands. But I am also conscious this is a trust, I must do everything consciously to honour God and the president for the confidence reposed in me in piloting the affairs of state as SGF.”

Mystery About My Diary

Mystery about my diary episode 7