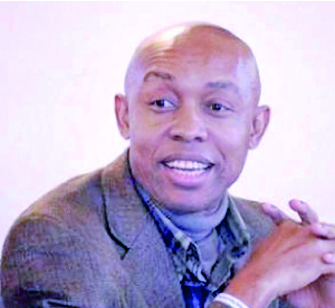 Professor Chidi Odinkalu is former Chairman of National Human Rights Commission (NHRC) and currently the senior team manager for the Africa Programme of Open Society Justice Initiative. He says President Buhari having won the 2019 presidential election feels vindicated that he has accomplished his ambition and therefore cares less about governance. He also spoke on other national issues

More than one month after President Muhammadu Buhari was inaugurated for his second term; there is no cabinet in place. In 2015, it took the president six months to swear-in ministers, perhaps because he was just coming in, though that should not be an excuse having contested severally. After four years in power, why is it so difficult choosing a cabinet?

I am not able to divine the president’s mind nor am I able to understand it. A second term doesn’t happen by accident. He campaigned for it. The election took place on 23 April. It’s well over 40 days since the inauguration and nearly 30 days since his June 12 re-do of inauguration. My view is that the president doesn’t care much about governance. His trophy was the pursuit of power not the use to which it is put. He has already won and feels vindicated. So he had no need to seek to perform or care about performing. That is the tragedy of where we are. It is sad because Nigeria’s problems and structural fundamentals impose a sense of urgency that seems lost on the President Buhari and all the folks around him.

Some have also argued that despite the cabinet not being in place, government is running, as such the country appears not to have suffered any loss as a result of this. Do you agree?

You can see it everywhere. There are both real and institutional-intangible costs. Take the example of protection of Nigerians overseas. That is ordinarily the remit of the Foreign Affairs minister. You may have seen or read about the letter by the Anambra State Government to the Secretary to the Government of the Federation about the case of Mrs. Uju Ndubuisi, the Deputy DG of the Chartered Institute of Insurance of Nigeria (CIIN), who was killed in a South African hotel while attending a conference there. The governor complained in his letter that the South Africans were taking advantage of the absence of a Foreign Affairs minister in Nigeria to not treat the case with the seriousness it deserves. That is the kind of consequence we are talking about. Take the RUGA controversy too: the architects of RUGA planted it deliberately in an interregnum in which there are no ministers, seeking to take advantage of an institutional vacuum in government. President Buhari has normalised sclerosis as a form of government and Nigerians have gone into sleep mode about it. You will see, when he comes out with a list of ministers, his paid Vuvuzela will hail him to the highest heavens. We no longer have any expectations of how things should be done.

Before the murder of Mrs Ndubuisi, Nigerians in South Africa have continued to suffer xenophobic attacks even when a full complement of government agencies was in place. So is the absence of a minister really to blame? We have a Nigerian Diaspora Commission headed by Abike Dabiri-Erewa, is the problem not more of an absence of a foreign policy thrust that puts the citizens first?

What calibre of people do you think should be appointed into the Federal Executive Council (FEC)?

That is really not my bailiwick. The constitution is clear about the basic qualifications of people to be appointed into the cabinet. But one thing is clear: sainthood is not a requirement for ministerial appointment. The president in 2015 told us he was looking for saints in his cabinet. He failed to find them and ended up recycling the same names he could have named from his first day. I don’t expect much to change this time.

The president stresses so much on his anti-corruption agenda. It was a core of his first term and indications are that it will be in this second term. But the irony is that the country still ranks very high on the Corruption Perception Index (CPI) by Transparency International. What could be responsible?

Please spare me, in my books there isn’t much of an anti-corruption crusade. What exists is not much different from what transpired before now, a selection of tainted political opponents for the purpose of scoring political points. That is why this remains the president’s own ‘anti-corruption crusade’ not a crusade by Nigerians and for Nigerians. Take a look at Okoi Obono-Obla’s so-called Asset Recovery Panel, it has been ruled that it is unlawful by the courts but it is still running. Mr. Obono-Obla, who appears to have impersonated someone for his High School qualifications and who should himself be the focus of an anti-corruption prosecution, is rather running an unlawful detention centre from an office block allocated by government, collecting money from people and discrediting government. But he had high patrons in high places and his egregious reign of impunity continues unabated.

You said earlier that the architects of RUGA exploited a vacuum in governance to plant the programme, how do you mean?

I have made myself adequately clear on this. The RUGA programme was a terrible idea invented by some shadowy figures without consultation to fleece the public purse and endanger national coexistence. It’s a travesty that they found a way to blame the Federal Ministry of Justice for it. That is an awful lie. The ministry had nothing to do with RUGA. The originators of RUGA know who they are. Neither Audu Ogbeh nor Heineken Lokpobiri had anything to do with it. On the contrary, the ministry had spent over three years working with the vice-president and the National Economic Council (NEC) to put together the National Livestock Transformation Plan (NLTP), which is everything that the RUGA is not. How would the ministry go to undermine itself after all that work by getting up to this RUGA thing? That is just not what happened.

You described RUGA as a tale of corruption and sleaze. What do you mean by that?

Yes I did. I still do. I have explained myself. There are some things I cannot disclose here but I said so. And I meant to say so.

The National Livestock Transformation Plan among other things talks about resettlement of people displaced by reoccurring clashes. But interest groups in states of the South are equally kicking against it. Why?

I think you may have misunderstood the NLTP. The NLPT has six pillars, which include Humanitarian, Administration of Justice, Conflict Transformation, Economic Investment, and Cross Cutting Issues. It does not propose compulsory acquisition of land. The model of investment it proposes is ranching and it is to be deployed through private investment. To begin with, it also proposes recovering existing Grazing Reserves, beginning with the Gazetted ones. There are over 415 such reserves in the 19 northern states. Indeed, there are four in the FCT alone, all of them gazetted, and about 68 in Adamawa, of which 37 are gazetted. There is already a lot of land that can be put to use for pilot phase of the proposals in the NLTP. By the way, unlike RUGA, the NLTP has been fully examined by the National Economic Council with all governors present and approved by all of them unanimously. That should tell you something. The underlying principles of the plan are voluntarism, consent and variable geometry. There is not central dictation in the plan.

Graphic Photo: 14-year old boy brutally beaten by his uncle for stealing ₦3,000 from a neighbor

Violence: Why there is anger, fear in Kaduna –Bishop