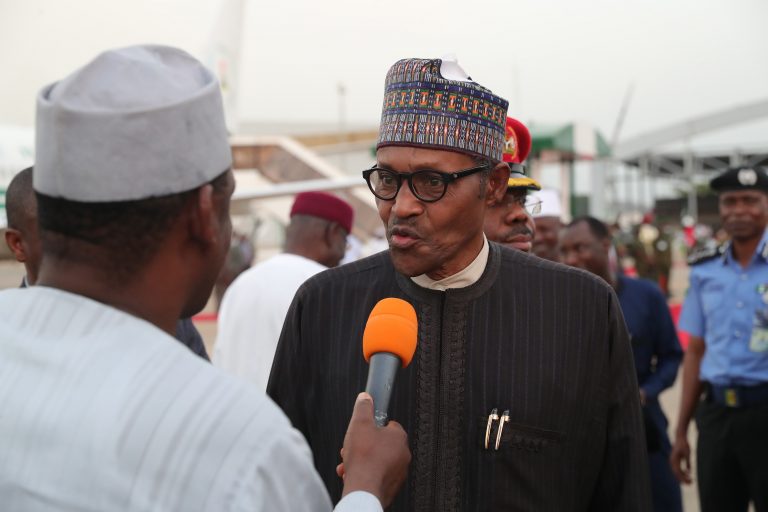 President Muhammadu Buhari says he is qualified to be a soldier and politician.

Speaking on Tuesday at the presidential villa in Abuja while receiving members of Afenifere, the apex socio-political group in the south-west, the president said having ruled the country as a military head of state, he decided to come back as a civilian president.

He told his guests on Tuesday that his administration is determined to recover all stolen funds and properties within and outside the country.

“That was why I decided to put on agbada and see. I attempted three times up to supreme court and winning the fourth time thanking God and technology, I am now qualified to be a solider and a politician,” he said.

“Now what I do is when a person cannot justify what he has or fails to declare as the constitution specifies, some of them dear to Almighty God that their property doesn’t belong to them until we show them their bank accounts and their companies then we have some peace.


“So, we are recovering as much as we can under the system and this time around I said the properties will be sold and the money put in the treasury.

“The last time they were given back their properties but this time around whoever comes after me no matter how generous he is, he cannot take money from the treasury give it to individuals. It will be impossible.

“But anybody who cannot account for what he has and for refusing to declare, we will have to do something about it.”

Tears of a blind girl episode 14

THORN IN THE FLESH (episode 4)

Tears of a blind Girl episode 24

UNTIL I MET YOU (Episode 7)