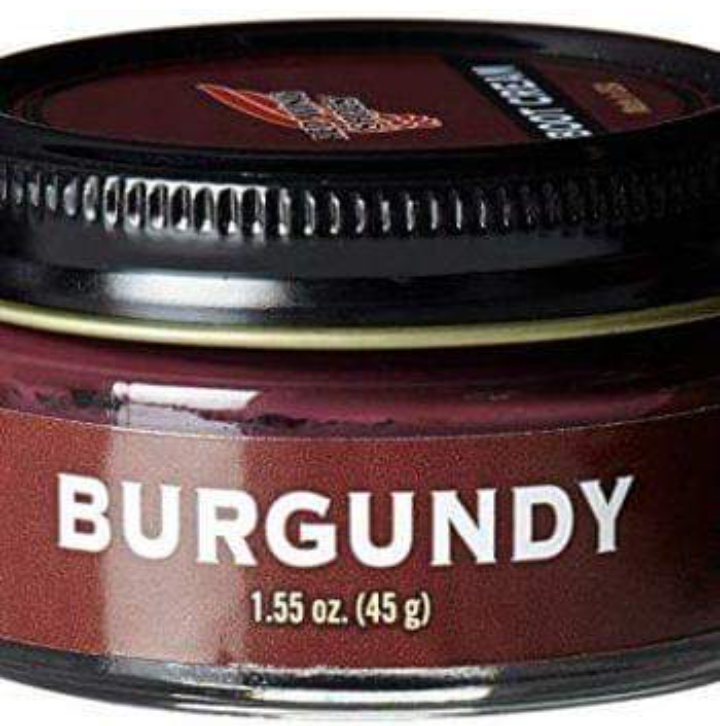 ” Why… what was her offence? I asked, not that I was really concerned but I wanted to know if she duped or manipulated another victim into buying a wrong thing.

” Is a long story sir but let me to cut it short. The reason why she was sacked is because she left her duty post in search of a particular shoe polish for one customer in other stores. Is a Burgundy colour polish and we don’t have that particular one here. When my madam found out, she sacked her and ever since then I haven’t heard of her. Please sir, I have to get back to work. My madam must not catch me interacting with a customer freely during working hours.

I brought out some cash and hand over to her, she collected it and thanked me.

She quickly ran back inside immediately she sighted her madam coming.
I drove off with mix feeling.
It was obvious I’m the customer that got the girl into trouble and she was sacked

I don’t know if I should pity the sales attendant that was sacked because of me or to pity myself because I may not get to the root of my missing polish.

I went home and while I lay in my bed that night I couldn’t sleep.
I was stuck with this guilt that refuses to go away after discovering that the sales attendant who helped me did so at her own risk.
She put her job in line, risking her source of living for my polish.
Why didn’t she mention it to me. Why was she calm and acted all cool when she wasn’t fine.

Why will I even accuse her for the disappearance of my polish after she strive to get it for me.

I felt stupid to have even imagined that she may know why my shoe polish got missing.
Even if she was a witch with ability to appear and disappear she would have taken more than the polish.
She may even hurt me in the process but she is not a witch but ordinary girl with a charming smile, who was kind enough to help me when I urgently needed help.

Since the polish can not develop legs and run away from the house, is either somebody took it or is still in this house, maybe hidden somewhere.

Ireti can not steal, she is too big for such. Ireti has everything, she is a classic lady, she is beautiful, has a car, live comfortably and well pampered. why will she even steal a polish and leave the shoe.
It doesn’t even make sense at all.

I try to think less and catch some sleep but when I couldn’t I decided to picked up my phone and started browsing.
I checked WhatsApp, scroll down to the sales attendant, and began to check her display picture.
She looks so ordinary but had a certain air around her. She appears calm, I wanted to say hello but stopped myself from doing that.
She may even be angry at me for making her lose her job so is better I let her be.
I felt stupid again watching her picture continueosly.

I quickly closed it and move to Something else until I finally slept off.

Within the week I get to meet with Ireti.
She also comes over during weekends and will leave a large mess for me to clean.
Ireti has gotten into my head and I have fallen for her beauty, class and shape. Whenever she comes I made sure my wardrobe remains lock.
I can’t allow her getting in there and scattering my things.

On severally occasions I try wearing my shoe but I couldn’t because I need to brush it up so that it can shine out.
I forgot about the missing polish, I wish I know where that sales attendant bought it, I would have driven down to get it myself.

And that was what prompt me to call her one day.
She picked up after the second ring.
I cleared my voice trying to sound serious with her.

She said at the other end. I was happy for no reason after hearing her voice, maybe because I thought she will delete my contact after what happened.

She greeted again. her voice was so clear and tingles in my ear that I began to wish I will remain on phone talking with her.

” Yes, are you the sales attendant that works in a super store… who i sent to help me with a shoe polish months ago?

I asked, pretending not to remember her.

“Yes…yes sir. I’m the one but I’m not working there anymore.

I try not to show any concern or even let her know that I was already aware.

” Okay. I lost the polish you got and haven’t seen it up till now. It disappeared suddenly which made me wonder if you are behind the disappearance…

She was caught off guard and sound so pissed at the other end.

” Excuse me sir, how do you mean by that?

She said quietly, I can read sadness in her voice.
I swallowed hard and continued.

” Never mind. I need same type of polish. Can you describe the place you got it or should I send money to you to help me get it?

” I will describe the place for you sir. Is actually far but you will get it there. Is one of the biggest shoe place. They import their polish so you can always go there and get your stuffs.

She described it but I didn’t want her to leave yet. I like the sound of her voice and was ready to listen to it all day.
She later added.

” …Sir, I’m searching for job. I can do any type of legal job as far as it pays me at the end of the month. Both cleaner, sales representative, a nanny, a Chef or office assistant. Any job sir, I’m ready to do it. Since I lost my job I have not been able to secure one with a good salary. So, please sir, if you see any vacancy, even if is in your office side don’t hesitate to let me know and God will bless you.

That guilt feeling crowded my mind again. She was supposed to cursed me, insult me and remind me of how I made her lose her job but she didn’t. Maybe because I never bother to ask.
She was cool and acted so innocent.
I don’t have vacancy in my office. I Only have three staffs in my company.

And I never bother to check for vacancy before. Even if I see one I will not put interest because is irrelevant.
But because of the attendant I will ask around for her.
After the conversation she thanked me and I ended the call.

Ireti later came the following weekend. Whenever I’m with Ireti nothing else matters to me.
I try to satisfy my woman to the best of my ability even though she still complains and call me names but I take it as compliment.

After ireti left, the house was scattered. She was getting comfortable with leaving my house messed up. Creating work for me to do.
I was tired of doing chores. Ireti said I should get a maid.
And that’s what I will do.

I will look for a decent, hardworking maid to help me with the house chores and to make sure the house is in perfect order. The house keeper will be cleaning Ireti’s mess instead of me doing it all the time.

I smile at the suggestion and began searching online for a help and that was when I remembered her.
The sales attendant needed a job and I got one right here.

But I have double mind calling her.
I don’t know if is okay to call her and offer her the job of taking care of my entire house. I will pay her a good salary and She will also live in my house and go home only weekend if she wants to.

I held the phone in my hand thinking of my next move and wondering if is a good idea to have the sales attendant under my roof.

WEDDING OF MY EX episode 3

A date with the devil episode 1