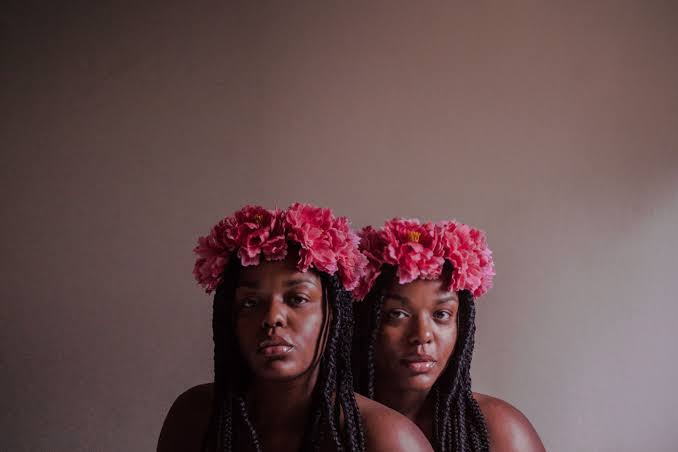 CHIQUITITA
(THE LIVING GODDESS)
EPISODE 1
:
WRITTEN BY NATHANIEL ANUMA  (BRIGHT DANIEL)
:
Scratches in the woods of Ehezra stretched from tree to tree, giving out a weary sound that could destabilize a firmed hunter. Canopy trees danced along to the smooth movement of wind that escalated in the forest. Withered leaves suddenly joined in the random movement caused by the wind too. It was like a storm in the high mountains, bending trees and swiping the ground.

A young lady in a white gown stood in the middle of the stormy forest like a ghost gazing at the next victim to be  tormented. She had a long hair that also kept flying by the wind  like the white gown in her body which made her br-ast without b-ra clearly seen by any eyes. Even the n-pples didn’t help matters; they stood er-ct as if to puncture out of the gown. She wasn’t fair in complexion neither was she dark. She’s the definition of a brown skin girl. Her name was Isabella.

As she stared in the stormy forest, she saw another girl who had her complete resemblance, putting on the same white gown and had her long hair and brown skin. That was Chiquitita, her twin sister, who waved her hand in the air and the storm stopped thereby straightening the bent trees and returning flying withered leaves to the ground then everywhere became as calm as a grave yard.

Suddenly, a man appeared beside Isabella. “You always have this in mind” he said also looking at Chiquitita.

“Have what in mind?” Isabella returned the question.

The man moved backward then answered, “Because she’s a goddess”

“A goddess?” Isabella turned to see the man no more….
:
:
:
3:15am in the Morning, Isabella sat up from the bed only to discover that her worries and inquisitiveness in the stormy forest was a dream. She exhaled, rubbed her forehead with a hand then completely stood up from the bed wearing only a white pyjamas without underwear. She located the electric switch bulb and put it on thereby illuminating the wh0le room. It was a complete feminine room with a large standing  mirror. On the bed was Chiquitita coz both shared the same room right from childhood. One could see two laptops and other essential books on a table beside a  window that had the same milk colour curtain like the door and the tiles on the floor. At a corner was a large wardrobe filled with clothes.

The ray of the light Isabella put on woke Chiquitita up from sleep, so she stretched awake to see her twin sister staring at her from the wall of the electric switch. “Isabella, what’s the matter?” she asked as she sat up.

Isabella didn’t respond rather left the wall to the toilet door. She tried to open it but it stocked thereby hindering her from entering the toilet.

Chiquitita went to her and said, “Let me help you with that”

Isabella left the door knob, adjusted sideways with her eyes fixed on her twin sister. Her dream still became the very thing fresh in her memory. Before she knew It, Chiquitita opened the door without applying any strong force.

That has been the situation in the family. Chiquitita was like a blessing to them coz she tends to have every difficult situation solved without much stress. Nobody knew why, even herself didn’t know why. They are from a Christian home, a home filled with the atmosphere of Christ. Their parents almost dedicated seventy percent of their activities to the work of Christ in the Catholic church of God. No day passes by without Chiquitita being a savior of one thing or the other in the family.

And now, in the room, at the toilet door, she has done the same. After she opened it widely, she turned to see Isabella still staring at her.

“What’s the matter, Bella?” She asked again. “Did you have a nightmare?”

“I’m fine” she entered into the bathroom while Chiquitita returned to the bed but didn’t lie down. She sat on the edge then placed a hand on her forehead. What a long boring night? She reflected and scratched her head through a hair net that brought the long hair at a spot. Her sister came out from the bathroom, put off the light then located her position on the bed where she laid with a blanket that covered her body half way. Chiquitita turned,  laid beside her in a way they face the ceiling. Though the electric light wasn’t on but they could see each other’s faces.

“I overheard Mum and Dad talking about we getting married” Chiquitita broke the silence. “They really want to see us marry as if there..”

“They need a male grandchild I guess” Isabella interrupted.

“Yes, i guess” both remained quiet again. The same thing run through their minds because their love lives was very poor regardless their exceptional beauty. It didn’t bother Isabella as it was a daily qualm in the heart of Chiquitita. She didn’t even have a boyfriend talk less of a fiance unlike Isabella who had men clustering her like a ho-ny bee. The annoying thing was that she had no time for these men. She hardly give them an atom of attention which had always mesmerized Chiquitita because, sometimes, she wished to be in her shoes. Their step-mum, Mrs Regina, had always been like a catalyst in their relationship lives in order for them to get married but all to no avail.

“Do you have anyone in mind? I mean..”
Chiquitita swallowed hard. “I mean a man of your life?”

“No, do you?” Isabella retorted sarcastically.

Chiquitita smiled, “You should know that I don’t even have boyfriend”

“Sleep, Tita, we have morning mass to attend by 6am” Isabella concluded, turned her back on her then flung the blanket in a way it covered all her body like a child playing hide and seek game. Suddenly, banging sound came from the door of their living room. Isabella uncovered herself immediately then her eyes met with that of Chiquitita. They rushed out to the living room to see their parents already gazing at the door with domestic weapons like a pestle and matchet. All gaze at one another as the banging sound continued.

“Mum, what are you carrying?” Isabella whispered.

“Shhee..” Mrs Rose signed with a finger across her lips, while Chiquitita and Mr Clifford, the father, smiled at them.

“Open the door!” A male voice answered from outside. “It’s Eric!” the voice added.

Hearing the name, Chiquitita opened the door coz Eric was like a neighbor but not a close one. He rushed in without a cloth. He wore only a boxers, sweating like a Christmas goat. He banged the door closed then rested on it as if being pursued by zombies. Seeing him not only on that outfit but also in such perplexing body chemistry, Chiquitita stepped backward.

“Gun men attacked us” the young man began, trying to hold his breath at an interval of any single word from his mouth. ” They requested for two female twins whom they were looking for. They believe  one is a goddess”

“And you think my children are the ones they are looking for?” Mr Clifford said looking at his children.

“That’s hilarious” Chiquitita giggled. “You sound so worried. Nobody is a goddess here” she added with hands spread.

Only Isabella didn’t find it funny because her dream remained fresh in her memory. Therefore, she stared at her sister ones again….
:
TO BE CONTINUED