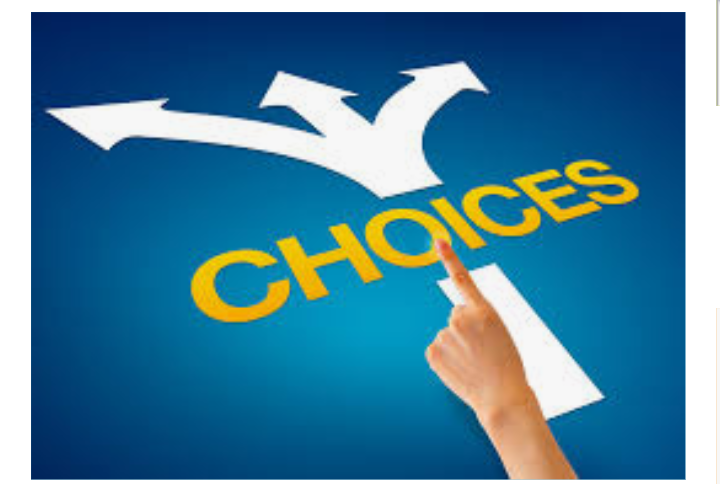 I understand what I have done, I know the implications and ramifications of the choice I made when I cheated on my husband and truthfully, I have no defense. When I think about it well, it was not even so much about the revenge for thinking my husband cheated on me, it was just something I wanted to do. I made that choice weeks ago. The process started when I saw Muyiwa after all these years, when I started chatting with him, when I had long conversations with him and unloaded by marriage problems on him and it culminated to me sleeping with him. I have no one else to blame, I did it.

I have no idea what is going to happen. It made it worse to hear David say he knew I was awake when he came in and made a prank phone call saying all those things just to joke around and see my reaction. Before he could catch up with me to explain it was a joke, I was already out of the house. How could one cruel joke push me over the edge as to make such a damning choice.

“Yes? Oh sorry I was lost in thought”

“Babe, what are you thinking about? The doctor has said she is okay and her temperature just ran too high for too long, you don’t have to beat yourself over that”.

I forced a smile and answered my husband, “David I know. I am very relieved she is okay. I just feel like I should have known or checked on her before running out. I feel like I failed as a mother”.

There was no way I could explain what was actually running through my mind. Princess was feeling much better and sleeping. We sat exhausted in the hospital, none of us having the desire to be anywhere else all day. Muyiwa had tried calling me but I sent him a text that I was in the hospital with my daughter.

“Teni, you never did mention where you went earlier when I was trying to reach you”

”Ehm… I .. actually, I heard you talking on phone and I thought you were cheating on me so I ran to Tola’s house to cry it out”

“hahahaaaaaaaa”…The sound of his laughter filled the whole room.

“Seriously Teni, if you ever suspect I am cheating on you, try to talk to me about it first because it is most likely a misunderstanding. Nobody can compare to my wife”

”Uhm yeah, that is what they all say isn’t it? Even the ones that cheat will never admit to eat but that was an expensive joke. What if I had sought revenge”.

David burst out laughing once again and I wondered what was funny. I had decided to test the waters with the truth and gauge his reaction.

“You? seek revenge? It is the most impossible thing on earth. I can make such jokes because I trust you of course even though you didn’t seem to extend me the same courtesy”. He said while rolling his eyes.

”David of course I trust you. That was what made it more heartbreaking because I could not comprehend it”.

“Okay enough of all these infidelity talks. Let me quickly go out and get some food for us and change of clothes for Princess before she wakes up”

”Okay babe. See you soon.” He stands up and kisses my forehead before heading out.

I picked up my phone to call once I was sure he was gone.

”Hey dear, how is your day going?”

”Quite stressful, Princess is in the hospital”

”Oh my God, what happened? Is she okay? Are you in the family hospital?”

”Don’t worry Tola, she is getting better. Yes we are in our family hospital. I called you for a favor actually”

”If it ever comes up between David and yourself, please tell him I was in your house all through this morning”.

”I don’t understand Teni, you want me to lie to David? Why? Where did you actually go?”

”Tola it is a long story. Please just do this for me and I will tell you when I see you.”

”Okay dear, anything you need. Hubby and I will stop by later to check on Princess”.

As I rounded up the call with Tola, I could not shake the feeling that I was roping myself in a web.

It had been three weeks since we left the hospital and that experience somehow brought David and I closer. I think we both realized that we could not afford to be in disunity so as not to affect Princess and so David was coming home early and I was having a fun time in my marriage. Of course, it helped that Muyiwa had been out of town on a business trip during this time.

When he called me that Saturday afternoon that he needed to see me, I decided to go see him so I can explain to him that last time was a bad choice and it was not going to happen again. I am definitely fully invested in making my marriage work. David and Princess decided to have their father-daughter fun day out and I left for Muyiwa’s house sometime after.

Throughout the drive, I was fully prepared body and mind. I started rehearsing my break up speech and I was glad hubby had been making love to me regularly so I could not use being horny as an excuse. What I did not plan for or expect was the wave of feelings that swept over me as soon as I stepped into Muyiwa’s house and he crashed his lips to mine. I forgot how making love to him was the last time. The kiss took me to heights s£x with David was not taking me to and I knew that making this bad choice for the second time was inevitable.

Heart of a beast episode 9

Memoirs of A Lagos PLAYBOY Episode 3

My life as a sex slave episode 1

Girls In The Boys Dormitory batch 1

Edge of a knife episode 9