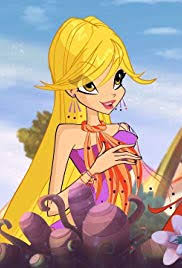 In no time, the guy I was sU-Cking tensed up
and I knew he was close, very close to
discharging his load. I intensified my efforts
making sure to ass**t proper suction motion
on the J0ystick to hasten his release. He
obliged and blasted load after load of Pour
down my throat which I swallowed up, even
when the wracking motion of his c-mming
stopped, I continued applying suction and he
finally had to push my head away from his
sensitive J0ystick-head. I rolled the last drop
of Pour on my tongue to savour the salty
taste and swallowed. I could now concentrate
on the tongue in my Kittyc@t. Having to
concentrate on making the J0ystick I was
sU-Cking Pour had made me lose track of my
own orgasm. I relaxed as the s£nsat!ons got
to me and I encouraged the Kittyc@t sU-Cker by
pressing his head further and further into my
Kittyc@t. He obliged me as he sU-Cked, licked
and nibbled away obviously aware that I was
almost at the point of exploding. I couldn’t
keep it in anymore as I exploded splashing
Kittyc@t juice all over his mouth, nose and
lower part of his face. He just kept lapping up
the juices as they flowed out of me.
He got up, let down his trousers and out
sprang a mighty J0ystick, average and fat. I
love fat c*cks, they are soooooo filling and
snuggly. I was still on that height, still trying
to get down from my climax but the sight of
that J0ystick was enough to bring me back to
life. I reached forward, grabbed that thick
sausage and proceeded to stuff it in my
mouth; of course it was just too fat for me to
gobble up! But I made the best of it by
slobbering all over it, licking it from tip to
base and then back to the tip again. It was
one thick and stiff snake as all the veins
stood tightly against it obviously pumping
blood. If there was enough time, I would have
worshiped that J0ystick properly. But sorry
there wasn’t and my Kittyc@t was already
seriously itching to be stuffed, so I reached
into the glove compartment of my car,
brought out a packet of cd and handed it over
to him. Then turned over, grabbed the steering
wheel, stood with my legs spread and
presented by B*ttocks to him. He understood
as he quickly encased his J0ystick in cd and
holding me by the wa-ist, he shoved that fat
sausage deep inside me. I howled in joy as I
was stretched very further apart, it felt like
being split into two but I loved it. He then
started thrusting into me fast and hard,
pulling on my wa-ist to make sure he went in
as deep as possible while his friend was busy
fondling my dangling b0s0m. My Kittyc@t was
stuffed tightly with a big J0ystick and busy
spewing juices all over the place. I p@nted and
m0aned as I tried to keep up with his thrusts.
I thrust back into him as much as I could and
tried to stifle my mo@ns but I just couldn’t as
the guy was sending me to oblivion and back.
The s£nsat!ons flowing through my body was
not making me coherent as I started talking
gibberish, begging him to F**K me harder and
faster. He did, pressing my head to the seat
of the car thereby making my back arch and
my Kittyc@t fully opened to the assault he was
delivering into it. I scre-med as my body was
wracked by a very powerful orgasm and then
smaller orgasms followed suit.
He kept up the assault in my Kittyc@t for
minutes on end while my body trembled from
coming every so often. Then he let out a
mighty bellow and thrusting deeper and harder
into me, he offloaded! His c-mming kept on
and on until he finally collapsed on my back
all covered in sweat despite the cold natural
air. We detangled sometimes later with him
removing and hrowing away the used cd while
I sU-Cked his Pour splattered J0ystick clean of
all Pour residue. They were astounded at my
liking to eat Pour, I wonder why?
Anyways, we exchanged pleasantries and I got
to know their car was parked beside mine and
that they had stumbled on me while wanting
to drive away to another club. They wanted
my number but nah! It was a one night thing, I
didn’t want a repeat, at least not with the
same guys. They said their names but
sincerely, it didn’t even register as I was still
in the euphoria of my climaxes and didn’t
even want to make acquaintance. I smiled at
them when they asked of my name and walked
back to the club. My friends looked at me like
what’s good? Told them what I had just done
and they howled and shouted ‘’SLUT! I just
smiled, sated, for now.

Describe her in one Word