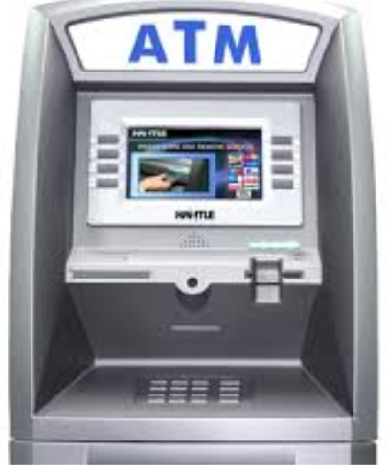 My mind was a lot settled having solved
the riddle of the carton-cash. I had a
more fulfilled day with the lady. When it
got boring sitting indoors and fvcking,
she asked that we go shopping so she
gets stuffs she’ll be going back to Abj
with. I obliged and we spent the next few
hours shopping.
Later in the night, we headed to the
cinema to see the Exodus: Lords and
Kings. Having watched the trailer
sometime ago, I was full of expectations
but got disappointed after seeing the
movie; wasn’t as hot as I had hoped
from the trailer.
“Make this night special for me.” She
whispered into my ears as we set in for
her final night. She had already informed
her ph-city friend to come pick her up for
the airport the next morning.
I made the night special for her, giving
her a special s£x she would not forget in
a hurry. The bed seemed too small to
contain her as I patted her legs and
buried my tongue in between them. I did
a special tongue-cleansing session for
her c–t and had her clutching to the
sheets to keep her from falling off the
edge of the bed. It was like controlling a
big ship using ‘the small tongue’. She
responded to every tickle I gave her c–t
with such passion. I started
manipulation and licking her
simultaneously and she m0aned loudly
at the double waves of pleasure hitting
her. Moments later, she was filling my
hands with her c-m. I let her relax a bit
as I cuddled her, then we started rounds
of hardcore s£x which lasted us through
the night. When we finally got through, I
couldn’t keep my eyelids open. I was
drained physically, mentally and maybe
spiritually! She was saying something
about early in the morning but I didn’t
pay much attention. I slept off.
I was woken up the next morning to the
sounds of clatter of water in the
bathroom. Moments later, the lady
rushed out of the bathroom and started
dressing.
“My friend is waiting downstairs.” She
announced as she saw me awake. I must
have slept deep into the morning. She
was already dressing and staring at me
on the bed.
“I had a lovely stay.” She said.
“Good, I had my fair of adventure too.” I
replied; I wanted to add ‘and crime’ but
swallowed the thought. No need
counting my chics yet until they hatch;
and right now, they are being incubated
inside a safe carton somewhere. The
thought of the over half a million cash
inside the carton thrilled me once more.
What if Eve opens the carton and sees
the cash? Will she freak out? Will she
figure out I just robbed an innocent
lady? What if she ran-off with the cash?
She didn’t look like the crime type, nor
the adventure type either. Looks a lot
innocent and naïve. But we all know
looks can be quite deceptive. I prayed for
the best; expecting the worst.
“Thanks for everything, and I will be
expecting you in Abj pretty soon.” The
lady interrupted my thoughts, bent over
and pecked my chics.
“And please, feel free to fvck my friend if
she looks your way again.” She added
with a laugh.
“I’ll pass, no married women!” I insisted.
As a rule of thumb, I had decided long
ago to stay-off married women. I had a
terrible adventure that went bad; and
when I thought it was bad enough, it got
worse.
Anyway, a liar and a killer still ends up
as sinners; so it shouldn’t be a plus for
me; but the wahala isn’t one I can bear
again.
“Dress up, we have to run along. I need
to check out and sort my bills.” She said
to me as she reached for her bags.
“Am I going with you?” I asked.
“Don’t you want to?” She asked.
I would have loved to find Eve
immediately but decided to see her off to
the airport first. No need for rush. Just
as we were about to leave the room, the
hotel staff to clean our room that
morning entered with her usual trolley.
She dressed just like Eve; same robes,
same courtesy, just a difference in name.
She had Emily as her name tag.
I joined the lady and the ph-city lady to
the airport. We waited until she sorted
out her ticket before leaving. It was a
silent drive back to ph city from the
airport. The lady asked that we hook up
later that evening but I told her I love
spending my 31st night at the church. It
was the perfect excuse to get her off my
tail. She dropped me off at my friend’s
place.
___________________
By 10pm when I knew Eva would be
done for her duty that day, I called her
up. She was sounding tired when she
picked the call. She informed me she had
just finished a tedious 18hr long duty
and needed to sleep.
“Can we see tomorrow morning?” She
asked.
“No dear, remember the 31st night
ritual?” I asked,  hoping she will see
enough reason to bring my carton.
“Oh that! I will burn it for you then.” She
replied.

A Friend In Need

A Friend in Need episode 26

Judas in the church – episode 29

In love with a playboy episode 9

Everyone Falls in love – episode 8