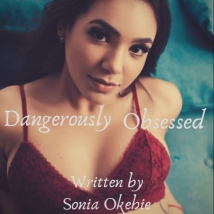 Jason’s proposal came as a big surprise to Thelma; as she wasn’t expecting it at all. She was dumbfounded and didn’t know which reply to give to him. Jason was aware of the fact that Thelma was still mad at him for slapping her friend but there he was, proposing to her at that critical moment.

Deep down in Thelma’s heart, she was extremely excited and wanted to yank him off the floor and scream a big “yes!”, but she just couldn’t. The fact that she was still angry with Jason made it unable for her to express how she truly felt at that moment.

“Babe I’m still kneeling and waiting for your reply, will you marry me?” Jason said. Thelma’s mind was occupied with so many thoughts of what was before her. She felt like she would be making the mistake of a lifetime if she said ‘yes’ to his proposal, and also felt that she would be missing out on the opportunity of spending her lifetime with the man she loved.

Thelma looked into his eyes and knelt on the floor with him. “Baby I’m so sorry, but I can’t accept your proposal now. I’m scared of what you are capably of doing in the future, I’m scared of how jealous and possessive you are towards me, and I’m scared of the unknown that could happen in the near future. I love you so much and wish you could show me that you can be a better man; not just for me but for yourself. You are so unpredictable and can do the unthinkable at anytime. I can’t entrust my forever with a man whose character I can’t vouch for. Prove to me that you can be a better man and I might reconsider my decision” She said.

For a second, Jason felt bitter and rejected; he was heart broken and suddenly became sober. As Thelma remained kneeling, he hugged her tightly and started tearing up. “I need you in my life babe, I have no other person but you. You are one of the reasons I look forward to each day. I adore you and love you so much that I feel so jealous and angry when someone else tried to take your attention away from me. I love hard and that’s why I try to avoid people; especially women, so they don’t enter my heart and make me a slave to them. If I could undo my feelings for you, believe me when I say I would but it’s sad that I can’t. Marry me babe, come and fill in all the void my parents left in my heart when they died. I have no siblings nor anyone special to love, I guess that’s why there’s so much love inside of me to give. I’m so sorry for hitting your friend, I promise not to do it again” Jason soberly said.

His words softened Thelma’s heart and she started tearing up with him too. There was no doubt that she loved and wanted to be with Jason, but that was not enough for her to forget all the wrongs he had done. “Let’s not rush things, I advice we take it slow and see if things get’s better between us” she said.

After pouring their hearts out to each other, they got up from where they knelt and sat down at the balcony to talk. It was getting quite late and Jason had to go back home. “Spend the night with me here” Thelma suggested, but Jason turned down the offer. “Wouldn’t your sister get mad if she found out that a male visitor spent the night at your house” he enquired, “Duahh! You aren’t just anybody and I’m not a kid, just so you know; she would be very happy if you spent the night here” she said.

After much persuasion, Jason finally agreed to sleep over. Thelma informed her sister and she whole heartedly welcomed Jason in. It was quite late but Thelma was able to fix something for Jason to eat before taking his bath.

They finally tiredly retired to bed and cuddled each other tightly. Jason kissed Thelma’s forehead and drew her closer to him. Thelma wanted more of his kiss and touch so she didn’t hesitate to reciprocate everything he did to her. “Marry me, I really love you” Jason said and Thelma smiled. “Aww, my baby” she said blushing, “I really love you too but you can be so annoying at times” she added.

They cuddled each other tightly till they fell asleep in each other arms. Thelma buried her nose in Jason’s sweet signature scent; he always smelled nice and she couldn’t get enough of the way he smelt. Jason was truly a man to die for as he was attractive indeed, but his only flaw was his unpredictable temperament.

Morning came and Jason bid ‘goodbye’ to Thelma and her sister. Thelma escorted him to his car and gave him a kiss before he left, “think about my proposal and try to give me a reply soon” Jason said. She couldn’t get her mind off his proposal and didn’t know who to discuss her personal life issues with. She finally summoned up courage and confided in her sister.

“Jason asked me to marry him” she said, when she came back to the house. Her sister was shocked, “What was your reply?” she asked, “I haven’t given him one yet” Thelma said. Her sister told her to sit down so they could talk concerning the situation. “Do you love him?” she asked, “With all my heart” Thelma confessed, “Are you ready to marry him and are you sure you are willing to go down this road with him? Her sister enquire but Thelma remained mute.

That question was a serious one and she didn’t know which reply to give her sister. Thelma was mute and couldn’t say anything. Her silence was enough clue for her sister to know what the answer was. “Don’t ever say ‘I Do’ to a man you have doubts about, even if the doubt is as small as a mustard seed. Until, only until you are totally convinced about someone you want to spend the rest of your life with, don’t say ‘I Do” her sister advised.

Those words that came out of her sister’s mouth gave her a reality check up. She was sober and dwelt on those words, even after they were done with their conversation. Thelma knew deep down that she had numerous doubts about Jason and her sister only added more flames to the already burning fire.

It was Sunday so Thelma went to church and poured her heart out to God concerning Jason. She apologized for every wrong she had committed and asked God to help her make the right decision. That day was a sober one for Thelma, as she couldn’t stop thinking about what course of action or decision to take in her relationship with Jason.

After feeling sober all day, she called Jason later in the evening to give him an answer to his proposal. “Hi baby” Thelma greeted when he picked, “Hello darling, how was your day?” he asked, “It was good” she replied. Before they could talk further, Jason paused the conversation and asked in a low tone “How about my proposal? Will you marry me babe?”.

Thelma’s heart skipped several beats and she held her chest in the process. She paused a little, took a deep breath and soberly said “I’m so sorry baby, but I can’t marry you”.

Jason almost dropped dead due to shock and asked “Why?”

DIAMOND IN THE FOREST (Episode 19)