Daughters Of the Serpent – episode 4 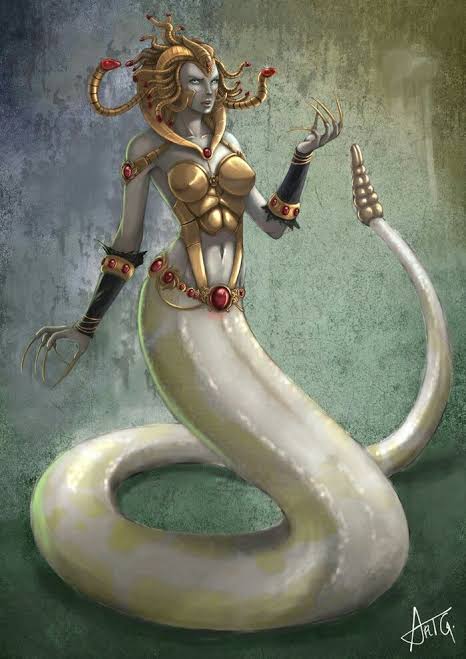 The female hostel was separated from the male hostel by few buildings. But to further keep the occupants of each hostels far from each other, the school had a rule that no female student was allowed to cross over to the boy’s hostel without permission from the security man at the gate and the same was expected of the boys. Anyone found guilty of breaking this particular rule was to be expelled immediately.

So Chibuike, Tony and Okoro planned to sneak into her room at midnight. They scaled the fence that protected the female hostel and went straight to Susan’s room. To their greatest surprise, Susan’s door was unlocked but the entire hostel was calm. All the students were asleep as they tiptoed into Susan’s room, they saw Susan sleeping on her bed and decided to search the room, they Chibuike and Tony checked the cupboards while Okoro was checking the drawers then suddenly, when Tony didn’t see anything, he decided to check around the bed drawers, when he got there, he saw her sound asleep, he squat down and checked under the bed as he placed his hands on the bed, he felt something shake on the bed as something brushed his hand, he lifted his head up and saw that something huge was moving under the blanket, he signaled for Chibuike and Okoro to get close which they did. He pointed at the bed and they all saw that something snake like was moving under the blanket, they all wore a confused look as they all looked at eachother wondering what it was.

After some seconds, Okoro whispered to Chibuike “What do you think is moving like that under her blanket?”

“Okoro, I don’t know but let’s lift it up. Where’s the phone so we can video it?” he whispered back to Okoro as Tony brought out an android phone and started recording it.

Okoro went forward and slowly lifted the blanket off Susan and what they saw shocked them greatly that they couldn’t move again as Susan suddenly woke up.

The Next Morning, their friends couldn’t find them, they decided to report to the School Authority.

No one knew their whereabouts till this day.

Judgement in the house of God episode 12

More than a game episode 30