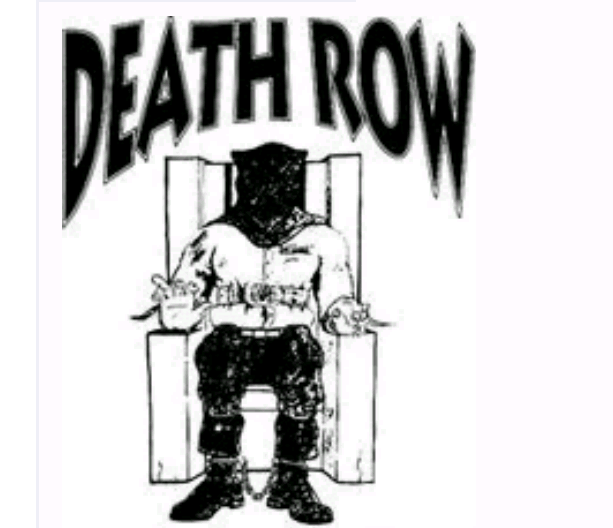 Location: THE APPEALS COURT
The courtroom is very quiet.
Some people are weeping and murmuring, but the sound they are making is low.
The courtroom is totally full; both lower and upper terraces are filled with people.
This has been a case which has been short but very emotional. The case of young PASTOR ZAC LARBI has really brought emotional tensions to a head in the country.

It is all over now!
The case which has dragged for almost a year and a half is now over.
The judge is going to finally give his ruling.
The thirteen-member jury has returned a unified verdict of GUILTY.

Accusing fingers are being pointed at the young man in a dark-blue suit sitting with his lawyer to the right of the judge.
He is simply inconsolable as he weeps in a most heart-breaking way.
But no one has any pity on him. Indeed, all the eyes that are on him are hard, bitter eyes seeking to devour him.

JUDGE ATINGA AWEDEGA is looking at some notes in front of him and writing something in a log book. Finally, he looks up, pushes his spectacles further up the bridge of his nose and fixes a stern look on the Defendant.

LAWYER BIBIO BUABASAH, the portly lawyer of the Accused, stands up.
A moment later he reaches down and grabs the arm of the weeping man by his side, and pulls him up too.

LAWYER BUABASAH
(whispering harshly)
Get hold of yourself, Pastor Larbi. The die is cast, and no amount of tears is going to change the verdict. This is the time for you to be strong and pray that you escape the death penalty.

Pastor Zac Larbi looks up slowly.
His eyes are so swollen that they are almost closed. His nose and lips are also very swollen because of excessive weeping.
Zac’s face is w€t with tears, and his nose is blocked with snot. It is quite pathetic to see a man broken down to such a wasted condition.

JUDGE AWEDEGA
(coldly)
Pastor Zac Larbi, do you have anything to say before judgement is passed?
The pastor tilts his head back and looks at the ceiling, and then he looks at the judge.

The judge’s eyes narrow down to slits, and sudden anger and loathing fills his face.

JUDGE AWEDEGA
(coldly)
We have heard terrible things, and seen things that have rendered all of us incapable of understanding the sheer malice and cold-hearted disregard for life that you have shown! Almost two years ago, when this case came to court, it shocked the whole nation. You were found guilty by a seven-member Jury and sentenced to death by lethal injection.

Your Appeal came to this court, and this time the thirteen-member Jury upheld the guilty verdict on five counts of cold, meditated and terrible first degree murders. Your actions are detestable, gruesome, fractious and totally hellish, an abomination that even the depths of Hades can’t stomach. I have no option than to uphold your first sentence, which is death by the injection of a measured lethal dose three days from today. May the God you pretend to serve have mercy on your soul!
The frantic wails of the pastor are drowned out by the instant screams of pleasure from the great crowd that has gathered.

Huge police officers approach Pastor Larbi and clamp handcuffs on him. He is wailing now, unable to even stand straight, and then suddenly he collapses in a faint.
There are frantic calls as paramedics rush to his side to help him.

Journalists and spectators are doing their best to get picture shots and video capture whilst the police try unsuccessfully to keep them at bay.

Pastor Larbi’s inert form is put on a stretcher, and an oxygen mask is clamped on his face.
They quickly wheel him through a side-door which closes, and which is guarded by armed policemen.
On the upper terrace of the courtroom, an incredibly handsome man dressed in an impeccable black suit with sky-blue shirt and a polka-dotted tie is sitting calmly.
His legs are crossed, and his sharp eyes roam over the crowd.

He has been in court from the moment the trial began, always coming early and making sure he sits at the same spot to observe the proceedings.
He takes a little diary from an inside pocket of his coat, removes a beautiful gold pen from it, and begins to write in the diary.
And now he watches critically as the people begin to leave the courtroom.
He waits patiently until everyone has left, and he alone is sitting at the upper terrace.
He sees that there is a pretty young woman wearing a deep shade of blue dress. She is sitting alone, just a seat behind where young Pastor Larbi had sat.

She is weeping, using a small handkerchief to dry her eyes once in a while.
The man in the upper terrace watches her for a long time, and when she finally stands up she totters for a moment, as if she is going to fall down.
Finally, she puts on a huge pair of sunglasses that hides almost the whole of her upper face.

He descends the stairs casually, and when he gets to the ground floor he finds the woman in the dark-blue dress sitting down in the Waiting Lounge of the courtroom.
She is holding a handkerchief pressed tightly to her eyes as she weeps in a heart-breaking way.

The handsome man hesitates and looks around quickly. No one is looking at him.
He suddenly turns the hat he is holding downward.
A huge growth of fake facial hair is attached to the hat, and so when the man puts on the hat the hair perfectly frames his cheeks and chin and upper lip.

The fake hair has given him a huge growth of beard, sideburns and thick beard that almost hides his lower face.
He reaches into his pocket, brings out a pair of sunglasses, and puts it on.

The effect is that the man no longer resembles the young incredibly handsome man he is.
By putting on the customized hat and the sunglasses, he has suddenly changed into a middle-aged man with facial hair tinged-with grey.

He takes some Hacks candies from his pocket and pops one into his mouth.
He descends fully to the Waiting Lounge, and then he sits down beside the mourning young lady.

My life at Thirty episode 9