DIAMOND IN THE FOREST (episode 5) 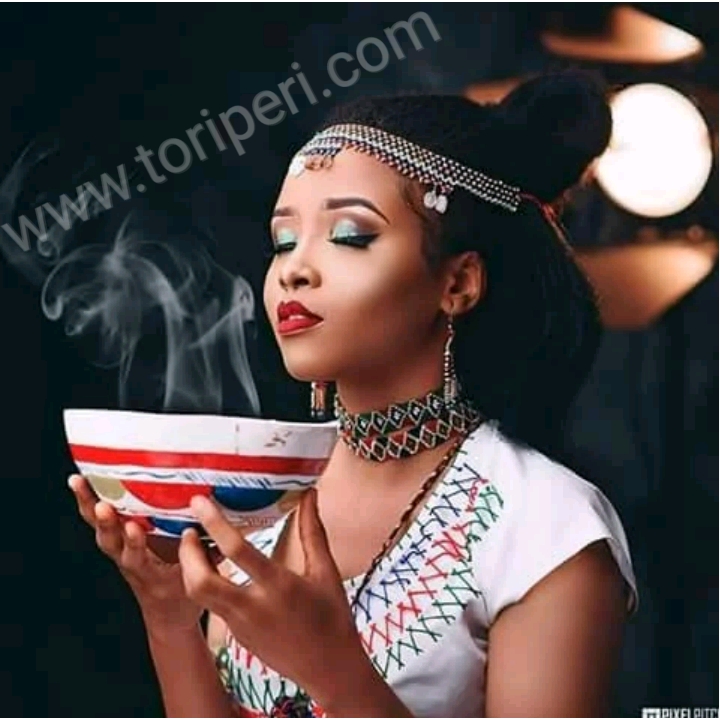 Leja walked to where the Prince was and greeted him
“kilo fa ija lan re awo omodo yi… (What caused the fight between the maids?)
Leja was thinking within himself “you caused it all, it was all because of you, among all the royalty in this kingdom you did not see them is my own woman that you decided to pick interest in, and she will fall for you because you are a prince and I’m just a guard, if I know I would have left you in that stream that day to drawn, it could have being better if you are no more than for you to take Remi from me, see his big flat head like the hand fan used in fanning the king, he is not even as handsome as I am or maybe he is but I’m far more stronger than he will ever be, if you have focus on other royal maiden and leave my woman alone there won’t be troub….
“Leja…soro…(Leja speak) you are not saying anything…I asked you a question…what caused the fight between the princess personal maid and the palace maid?
“I mabinu omo oba… (I’m sorry my prince) they had misunderstanding…they are step sisters…
“Being related doesn’t give them the right to argue or fight in the palace you know that already Leja, you were suppose to calm the situation before it escalated, but you were there and the other girl almost died…what if the one that passed out died at that spot….you will be held responsible because you are the chief guard here, you are suppose to station your men at every corner to monitor the environments and to pacify unwarranted situations like that…
Leja bent his head in respect as the prince spoke to him, he kept thinking to himself “why is he even blaming me for the problem he caused, everything is me, anything that goes wrong here is me, nobody else will be blamed, Leja this Leja that every time, now the gods decided to compensate all my effort with a woman like Remi and he wants to collect her from me, I can’t wait to finally leave this palace and start a family of my own…if I know I would have done everything possible to stop Remi from working here…in that way I will get to have her to myself but the kingdom chose her and I don’t have any power of my own to do anything, every power lies in the oba’s shoulder and his selfish son, I wish Remi will not have to come back here again an…..
“Leja, se ofe ti soro mi rara (are you listening to me at all)
“ beeni….imabinu omo oba…(yes, please don’t be angry)it won’t happen again…it was all a mistake which I will make sure it doesn’t repeat here again…
When Leja finally left the Prince presence he make sure he was far from him before realising a very loud hiss for the prince.
Remi knew that her mother will be very angry with her and it was just as she thought
“Don’t you have common sense Remi, you went to the palace to disgrace me, how can you be fighting in the oba’s palace are you an animal, don’t you have sense, even Dami your brother can not be that stupide, I raised you better than that…my mother is alive, well respected and in good health because I did not disgrace her or bring shame to her, I did not kill my mother Remi …so you will not kill me let the gods bear me witness…
“Mami, she was insulting you… saying you are a mother of a witch…different bad names, you know she has being doing this and it has become normal for her, she insults me anywhere and even slap me sometimes before we were called to work in the palace, now being at the palace she started again, there’s a limit every human being can take…she pushed me to the extreme…I couldn’t hold it in any longer Mami, she insulting me was fine but also bring the insult to you is what I coul…
“gbe ne sun….(shut up that your mouth) did I ask you to fight for me…did I send you to go and fight for me, it was me she was insulting why not leave her to be, you know her mother is very troublesome…now she will come with another of her trouble and I have being trying everything possible to avoid them….see I hate trouble and I learn to forgive and overlook things through the help of my mother, your grandma, and the best way to win is by keeping quiet and ignoring them…she slaps you or do anything to you let the gods fight for you Remi…the kingdom did not chose you to go and fight in the palace….don’t be a useless child, she push you don’t push back just walk away…
“aaah Mami I can not do that one o….infact whatever they want from now onward am so ready for them…we have being keeping quiet for too long and instead of them to leave us alone they will keep fighting us…you are not dragging anything again with them, after all Baba (father) is dead so what is iya Nike’s problem, and also Nike, she is among the royal worker just as I am so what exactly is their problem that they want to frustrate us…that nonsense must stop Mami, oto ge (enough is enough) she has to learn ho…
“Iya Remi…iya Remi bo si ta (Remi mother…come outside)
Nike and her mother were outside Remi’s house, banging on there door, iya Remi went outside with Remi, she knows it was full trouble awaiting to happen, she dreaded any trouble with Nike’s mother but Remi has dragged her into it and she has to go and beg them.

A Friend in Need episode 14

My mind as a teenager – episode 26