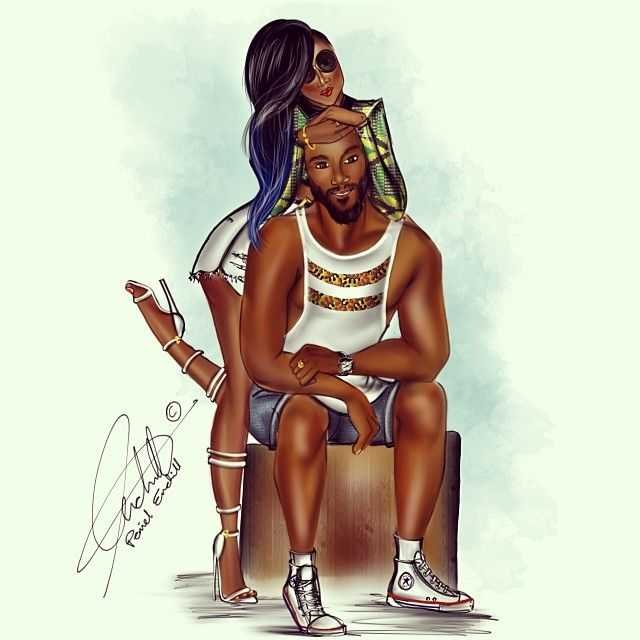 Friend: l£sb!anism is the S#xual act between girls, an example is the type you saw yesterday where two girls were doing that thing you told me you saw.
Me: hmm hmmm
Friend: some girls believe only in l£sb!anism why some are into bis€×ual act as in they’ll do girls and guys together.
Me: olorun mi o(oh my God)
Friend: some girls can handle three guys at a time that they’ll be F***ed by the three guys at the same time, that one is called party.
Me: choi!
Friend: and some girls finger themselves by digging their hand or fingers inside their V-rgina like a J0yst!ck does in them if they aren’t satisfied.
Me: that one is called handsome bha?
Friend: thunder fire you! Handsome for where?
Me: since you said s*x with three people at a time is party, I then think s*x with finger/hand is handsome.
Friend: you’re too playful fawaz.
Me: I’m sorry o.
Friend: anyway, do you know some have s*x with animals?
Me: ah ah! This one na lie! Don’t tell me nonsense o.
Friend: I’m serious..
Me: eh, life don spoil o. Abajo ti won fi n ko HIV (no wonder why they got infected with HIV)
Friend: all for them to get satisfied.
Me: (prostrated in front of my friend) you be wole soyinka family true true.
Friend: (laughing) I told you before na.
Me: (standing up) I salute you. But how do u know all this?
Friend: you know, my primary education made me understand all this to the fullest.
Me: I can’t lie o, my thought was that our dads sleep on our mums and they will get pregnant, mi n mo pe oun to shi n be leyin efa, oju eje lo.
(I don’t know that the figures behind six is much more than seven)
Friend: abajo ti ofi n sunkun nigbati mum e mu e wa si school. (No wonder why you were crying when your mum brought you to school)
Me: oya tell me about s*x life and you yourself!
Freind: that will be a story for another day. And don’t forget that tomorrow is another day.Me: thanks sha, but how can human being have s*x with animals?
Friend: wo! Forget. And don’t forget to bring an extra cloth with you to school tomorrow.
Me: for what?
Friend: you don’t want to see dammy again tomorrow?
Me: I forgot, I will.
Friend: no yaawa.
We didn’t even know that it was dark already as we set out of the class room we were. We haven’t taken more than three legs when we heard something.

Early Days Of My Life – Episode 11