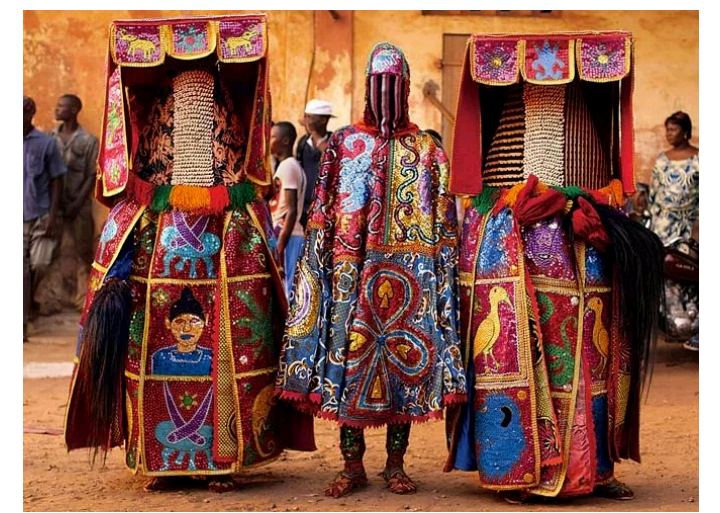 King Adedapo was coronated the new ruler of Aye empire ( a village though, but supervising other four villages which made them an empire).  Aye empire has fought so many battles and conquered. Such the conquered villages are Doro village, Agbo and others, they overseed the affair of these villages and they paid them tribues. Adedapo had two children – a son and a daughter: the latter, a most beautiful V-rgin, aged twenty. Adedapo, the same day of his coronation, called his son who was seventeen  years of age to prepare for a marriage. He has planned to achieve this  because of the declaration of Oracle made during his coronation.

ADEDAPO
My son,  nobody knows what this tomorrow will bring, I want you to get ready for your marriage this weekend.

ADEDAPO
You don’t have a say on this, just do whatever I tell you except you have another father,  else.

The queen rushed angrily to her husband when she heard the king’s plan.

QUEEN
Your Highness, I can’t believe what I’m hearing, is it possible  for a little boy like Ade to have a home on his own?

ADEDAPO
Blind woman,  what problem have you. Am I not the ruler of this kingdom. And moreover, you are my subject.

QUREN
My love, the ruler of the land,  second in command of the gods, I bid you to think of this before embark on it.

ADEDAPO
The gods of my forefather will not put me to shame. But, you can pack your load and leave if my ruling is not pleased with you.

QUEEN
Ah!  (politely) Your Highness, I never said your plan was wrong…

Ade was a tiny boy, he was so light as candle. He went to inform his friends about the latest development, they were walking on the road side back to palace…

AYO
It was said,  what an old man sees on seat, if a young one stands, I bet it, they will never see it. Your father might be right.

DAYO
Listen to what a man with big head for  nothing is saying. My prince, you better find solution to your problem.

DAYO
Your health is not strong, of course you know that. And how would you cope with the things of elders.

AYO
Truly,  prince is not too strong physically, maybe that’s why his father wants him get married at the early stage.

DAYO
Nonsensical! He should have killed him then.

AYO
(softly)
Prince, do not go oppose your father’s will that is all I can say.

DAYO
Run away from the house and come back after two or three years.

ADE
I need to act fast.

DAYO
See me at the back door, I have something to say about this matter, this big head must not be aware of what I have in mind to say.

Dayo and Ayo nearly fought on this issue, they took the matter personal. You are mad, for saying that, Ayo said. You too are stupid Ayo replied. The two young guys began like that till devil added fuel to their stove. They began the fight, Dayo held his wa-ist while Ayo held his head tightly. Pushing themselves forward and back. Live yourself!   Ade cried.  He ran away as they did not listen to him. Said, you guys are on your own, if you like kill yourself.
Dayo seemed stronger than his friend, he carried Ayo up, and threw him to ground…..

Ade rushed to the palace,  The chiefs  were in meeting with the king as he entered, Sir, they will kill each other, he exclaimed.Who and who?  A chief asked. Dayo and Ayo! He replied. You mean they are fighting?  Another chief asked. Third chief looked at the king and asked, why would friend be fighting. The king was silent expecting his son to answer the last question but Ade was mute as if he never heard the question. Are you deaf?  King asked….

ADE
Did I say anything at all, ah!  My king, I never knew how I got here. Chiefs, where is my legs, last night I slept, I saw a man who told me to kill shoe. I went to the farm this morning, the breeze was coming with me. Sir, I asked, where is my head.  What am I saying. Your Highness,  please I need to rest….

Everybody on seat was like zombies, they all opened their mouths in surprise, flies nearly entered the king’s mouth too. They were looking at him as he talked and walked out of the palace….

Chief 1:
your Highness, the boy might not be himself

Chief 1:
maybe he was drained by the proposed marriage

Chief 2:
I reason with you, he might not be himself… Your Highness, won’t you reconsider you plan?

Chief 3:
(he faced the second chief)
you should not have said that. If the owner said he wants his things this way, what problem do you have with that!  Hmm?

Chief 2:
I’m sorry, your Highness, I plead my curse.

King:
sorry for yourself.

Chief 1:
what plan have you, is the wedding not in this weekend?

They promised to give the king gift – sheep, goats, fowls etc…

The queen entered and pleaded for Chief 3 (Otun –  right to the king) to see him outside when they are through with the meeting. Immediately the chief stood up and followed her..

QUEEN
please I want you to help me tarnish the coming wedding.

OTUN(Chief 3):
ah!  Olori (queen)  abomination!  You better not speak out such. People must not hear you say that, the king’s will must not be questioned. (He looked round to see if there was no one at the hearing distance and whispered) Ladies are the ruler of this world, why can’t you exercise your spirituality?

Before queen could response, he quietly ran back to palace. Many questions  began to run through her mind.

What prophecy could have made my king Pharaoh?
What spirituality is Otun suggesting?
She needs someone to tell her what to do.