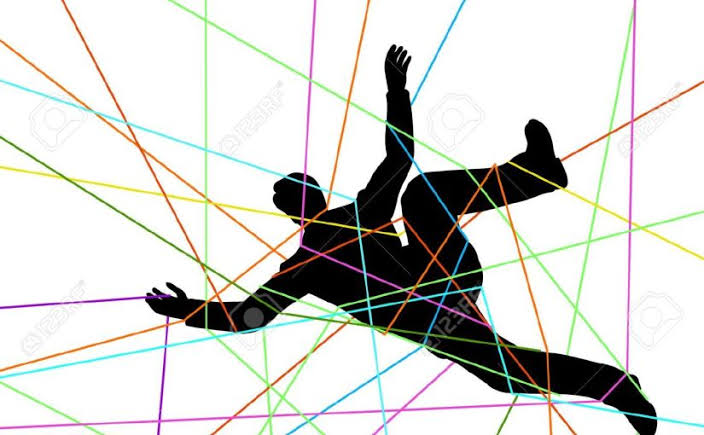 “Give me a break Jane, it was only a joke. But he is really cute, it seems both of you are…” Planang crossed her fingers to demonstrate what she meant.

“Absolutely not! Oh come on Girlfriend, be zai taba ye faru ba, it can never happen.”

“He called you My Girl,” Planang said and looked upon Jane suspiciously.

Jane shook her head vigorously. Planang could be one hell of a character, just what was she insinuating? She decided to change the topic. They talked about their high school and about university life. Planang was planning to come out for Financial Secretary in the upcoming Students Union elections, she was positive she would win. Nobody, she claimed, was as popular and competent for the post as she was. She told Jane about the GSTs, the TDBs (all night reading), the strict lecturers who gave impromptu tests and the broke boys with sagging trousers that she had to turn away each day.

“University is interesting, I can’t believe you would be writing JAMB next year; I wish you will be admitted before I graduate but that is impossible now. Microbiology? I thought you told me on phone that it was Medicine you would study?”

“I came to understand Medicine is much too complicated for me; I want to do something I can handle.”

“You can handle anything Babe, trust me. Besides, Mr Handsome Cousin-in-law can help you out when you are stuck, why else would he be calling you My Girl if he cannot offer you help?”

“Enough of him Planang. I will be studying Microbiology, end of story.”

Planang pouted. She drank a little of her yoghurt and looked around the house. “It seems your cousin-in law loves art; look at all this art collection. I wish I could interpret all this abstract drawings and painting.” She stood up and walked to the bookshelf and opened the glass casing. “My my, Joyce Meyer, T.D Jakes, Myles Munroe… Jane it seems Handsome Doc is a religious man. You won’t be bored in this house at all.” She closed the shelf and wandered back to her chair. Jane’s eyes were deliberately fixed on the T.V.

Planang came to Rahila and Lancelot’s wedding picture above the television, “Now this is the kind of wedding gown I would wear on my own wedding day.” She kept on moving from one object to the other admiring them and making remarks. When it was 7 O’clock she announced that she would be leaving.

Jane walked her out to the gate and watched her climb a bike. Planang kissed Jane’s cheek one more time before the bike zoomed off. Jane watched, sometimes Planang was a completely pain in the neck and other times she was an angel. She walked back to the house and shut the door. Her cousin was on night shift and will not be coming back to the house that night, at other times, she would have felt lonely, but since Lancelot and herself were now pals, both of them would stay awake till 12 a.m talking and laughing. In the kitchen she rinsed the glass cup her friend drank yoghurt in, she let the water run on the glass cup for long; it soon brought back memories to her.

Pamshak was inside their one room apartment cuddling Isaac to fall asleep. It was evening and the children in the neighbourhood were bidding each other goodbyes and entering their homes, the mothers were packing their dried clothes while the fathers were listening to evening news on radio. Jane was outside the house washing the plates they had ate dinner with. She was scrubbing the glass cup that Pamshak alone used to drink water with. Her mind was on how she was going to treat herself of the malaria that was now taking a toll on her body. She had complained to Pamshak about it but he told her she was finding an excuse not to work, nothing was wrong with her. Mama Audu had advised her to wash dogonyaro leaves and drink every day, but she was scared; she was still [email protected] and thought the herbs had a side effect for infants. The glass cup was slippery in her hands and her head was throbbing as if rocks were being broken inside. The glass

fell down on the veranda making a loud sound; the pieces scattered all over the wide cemented floor and lay there like grains of corn. Jane stood er£ct and still, shocked at the sight of the fragments.

Pamshak opened the door and gave a long peek at the ground, he said nothing and closed the door. By now, Jane’s head was aching terribly but she managed to sweep the ground clean and throw the broken pieces in the dustbin. She rinsed the rest of the plates in a hurry and entered the room hoping to rest her head. As soon as she came in, Jane received a hot slap from Pamshak.

“Idiot!” He barked at her, “I have been using that glass cup since my days in my father’s house, it never broke. Because of your careless attitude, you have damaged it. Break all the glasses and ceramics in this house, kin ji ko? Wawia ba irin ta.”

Jane tried explaining the reason the glass cup slipped from her hands but she found herself crying uncontrollably. Pamshak hissed and left the room in disgust leaving Isaac on the bed who looked quietly at her and wondered what was happening.

Jane wiped her tears now, she put the glass cup on the shelf after wiping it. Lancelot was in the living room calling to her. She came out to meet him.

“I got the suya and masa.” He said. He took another look at her and got afraid. “What is it Jane?”

“Just my thoughts, nothing else. I am okay.” She said with a sob.

He looked tenderly at her. He drew near and held her with his right arm, taking great care not to put his weight on her body. “You can tell me anything?”

Jane sniffed. Why was it that everything about Lancelot reminded her of Pamshak? They were so divergent and yet they seemed similar. She sat down on the chair and Lancelot followed her cue. They were quiet for some minutes as Jane thought of what she was going to tell him. She could not afford to reveal her fears and thoughts to Lancelot, it did not seem like a good thing to do. She wanted their friendship to be casual and not intimate. He was a man, knowing too much about her may give him the guarantee to take advantage of her in future. He seemed trustworthy, but he was still a man.

“I just keep feeling bad that I am a single mom.” She told him in a gentle voice.

He clasped his hands together as if he wanted to pray. He started to tell her about some prominent women he knew that were single mothers. “Being a single mom does not mean anything. It is not like you have an STD or have Sickle cell. As a matter of fact it just shows you are a strong lady, you could have aborted the unborn child and could have been free, but you chose to have the child and bear the stigma. You can be anything you want to be in life. Don’t let that discourage you. You are wonderfully and fearfully created by God. He loves you just the way you are, with all your faults and mistakes and past. He wants you to have a glorious future in Him. You can start by forgetting about your past and focusing on the present and future.”

“But how can I forget? It is so difficult to forget the past.” Jane sobbed the more.

“I know.” He looked at her, “Especially when there is a reminder…”

She turned to look at him and discovered his eyes were now watery. He got up quickly. “I’ll be back.” He said and walked hurriedly to his room. Jane sat for some minutes and when he was not back she opened the polythene bag, took one masa and started munching it. He came back some minutes later and the tears in his eyes were gone.

They ate the suya and masa and watched a show on Nickleodeon. When it was 10 O’clock Jane dozed off. Lancelot called her name twice and when she did not answer, he stood up carried her in his hands and took her to her room. He laid her on the bed and covered her with a comforter. “Good night, My Girl.” He called and left. She was still asleep. He went back to the living room, put off the T.V and sat upright on the long armchair staring at nothing in particular and thinking his own thoughts.

My last days at hiddenville episode 3