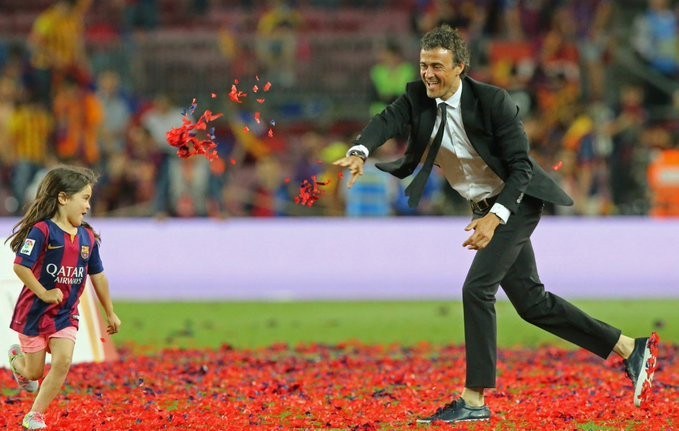 Xana, the daughter of former Barcelona coach Luis Enrique has died five months after she was diagnosed with bone cancer.

The 49-year-old Spanish legend took to Twitter on Thursday, August 29, to reveal that his 9-year old daughter had fought osteosarcoma ‘bone cancer’ for ‘five intense months. ‘

STORY: THE MISERY OF MUTINTA – Episode 1

Announcing the sad news in a statement, Enrique wrote: ‘Our daughter Xana has passed away this afternoon at the age of 9, after fighting for 5 intense months against osteosarcoma.

‘We thank you for all the love received during these months and we appreciate the discretion and understanding.

‘Also, we thank the staff of the Sant Joan de Deu and Sant Pau hospitals for their dedication and treatment, to the medical nurses and all the volunteers.

‘With a special mention to the team of palliative priests of Sant Joan de Deu. We will miss you very much but we will remember you every day of our lives in the hope that in the future we will meet again.

‘You will be the star that guides our family. Rest Xanita. Martinez Cullell family.

Everyone Falls in love – episode 2

My bestie my crush episode 1

DIAMOND IN THE FOREST (episode 15)