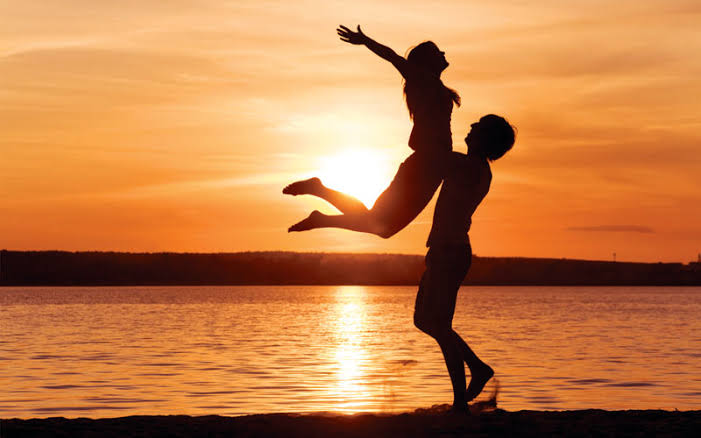 There’s so much I want to say, so much I want to explain and so much I want to pour out but can’t because, I feel no one can properly understand the intent of my heart. True love is a treasure that can’t be easily found or received. Count yourself one of the blessed persons on earth, if you ever get to spend the rest of your life with someone your heart truly beats for. Brace yourselves because this story is going to be one of a kind.

Growing up, I was the perfect definition of a ‘reserved person’. I hardly kept friends and my whole world was like a cage; with me being the prisoner. Life was good with just my siblings around but there was this tiny little void that couldn’t be explained or properly identified; no matter how hard I tried.

Admiring guys was like a tasking second job that I didn’t want a part of. I felt I had all the love I needed but guess what? I was lying to myself all along.

All went on fine till my whole life changed one fateful evening. On that day, I got back from an errand and hurriedly ran upstairs to go freshen up after dropping what I bought in the kitchen. Few minutes later, I heard someone call my name from downstairs; “Chi chi” my sister screamed from the living room, “Yes” I replied in haste, trying to know why I was being called, “your favourite TV show has started, hurry!” she said.

Oh my, how I loved that show and couldn’t miss it for the world. I rushed out of the room and jumped three stairs each to get to the ground floor faster. Immediately I stepped my foot in the parlour, my eyes beheld one of the cutest human I have ever seen in my entire life. My heart dropped and my palms started sweating profusely.

“Who in God’s name is this?” I quietly asked myself as I walked to take my seat. My heart couldn’t stop beating fast and it felt strange to me because, that was the first time in my life I had ever experienced such emotional impact. I quickly pretended as though all was fine and tried to focus on the ongoing TV show but I would be lying to you if I said I was truly focused.

There were series of thoughts going through my head that I couldn’t explain to myself at the time. For the sake of being mature; I quickly put myself together just so I don’t look as confused as I was feeling within.

Half way into the show, he spoke for the first time and I was mesmerized. “This is actually a nice show, I never bothered watching whenever I came across it at home” he said to my younger sister, “It’s Chi’s favorite show not mine” my sister replied smiling. At the mention of my name by my sister, my heart dropped because I knew what was about to follow afterwards.

He looked at me, smiled and spoke to me for the first time. “How long have you been a fan of the show” he confidently asked and my heart skipped several beats, “Not too long” I managed to respond. Just as we were about to talk further, my elder brother showed up and it finally dawned on me why the handsome looking stranger was at my house. Turns out he was my brother’s friend and here I was, getting attracted to him. “Guy are you ready to go?” my brother asked, “Sure!” he replied and got up to leave, “See you some other time” he said to me and they zoomed out.

For a second, it felt as though my heart was ripped out from my body; I couldn’t explain why on earth I was so attracted to him. ‘Pheww’ I took a deep breath after his departure and finally relaxed to watch the ongoing show. After a little while, it ended and I laid back on the couch with so many thoughts on my head. “Who’s he and why haven’t I seen him around before?” I asked myself, “Oh gosh! Why on earth do I feel this way” I added as I laid down.

Everything felt like a beautiful dream that I didn’t want to wake up from. Have you ever felt that way before? Have you ever just looked at someone and knew deep down in your heart that they are special and different from everyone else? If yes, then count yourself lucky because so many people don’t know what it means to truly be in love.

Those feelings soon fade away because I hadn’t seen him again after that day. I never bothered inquiring who he was from my brother because I felt it hadn’t gotten to that. Life soon moved on and so did I, or at least I thought I had move on until I was proven wrong.

I was returning from church one fateful evening, when a car suddenly stopped and flashed it’s light at me just to get my attention. Initially, I ignored; thinking it was a pervert who was just looking for a young lady to woo. As I kept walking forward towards the car, it started blinking the car lights just to get my attention further. “Urghh! so annoying” I thought to myself as I hastened my foot steps. Just as I was about to pass where the car was parked, I heard someone say “Hi” from the window but I didn’t bother looking inside the car to see the person’s face.

As I took few steps farther from the car, I heard the door shut and could hear someone’s footsteps approaching me. “Hi, please can you just stop, I know who you are” the person said as he tried to catch up with me. “Can you please just leave me alone?” I furiously said without looking back to know who the stranger was. “Aren’t you Junior’s sister?” he inquired and I stopped the moment I heard my brother’s name ‘Junior’. I immediately turned and almost dropped dead when I saw my beautiful dream standing right in front of me.

Words would truly fail me to express how I felt at that moment. “Oh it’s you! How did you recognize me?” I curiously asked, “how could I forget your face” he replied and I chucked. “Where are you coming from by this time of the day?” he inquired, “I went to church and we are just closing” I said and he smiled.

Oh that smile had the power to make my whole world feel alright, it had the power to cease every stress of my day; his smile was priceless. “Are you heading home so I can drop you off” he said, “Can you drive?” I curiously asked and he chucked and said “why not!”.

I actually didn’t feel it was a good idea to get into the car because I didn’t know how to start explaining to my elder brother, why I was in his friend’s car. “Don’t worry, I think I’ll be good by myself, after all I’m almost home” I said but he insisted on taking me home that evening. “How do you think I’ll feel if I let you walk home all by yourself” he questioned and I was mute.

After much plea, I finally accepted and allowed him to drop me off. It was a cute portable Toyota Camry and I could see so many documents lying on the front seat, where I was supposed to sit. “What are all these for?” I asked and he told me the papers belonged to his parents. He hurriedly took them to the back seat and I quietly sat down.

While he drove, we tried to avoid eye contacts and barely spoke to each other. I couldn’t stop staring at the stylish hand bands he was wearing on his wrist. “Oh shoot, I haven’t gotten the chance to know your name asides from Chi Chi, is that your name?” he asked, “Yeah it is. You can just stick to calling me that, it’s all good” I said, “What’s your name too?” I added and he said “Alex”.

In no time, we arrived at my house and it was time to say ‘Goodbye’ to Alex. “Thanks for the ride” I said, “my pleasure” he replied, “I actually want to see you again” he added and I looked into his eyes. My heart wouldn’t stop beating fast and I couldn’t explain why it was so. “Well you can always come around” I managed to say and he smiled, “I’ll take you up on that, see you!” he said.

Immediately I opened the door and stepped down from his car, my brother opened the gate and saw us together. He quietly walked towards us and I guess his mind was wondering what on earth was going on. “Hey bro” Alex greeted and my brother confusingly asked, “What’s going on here?”

Before I could utter a word, Alex dropped a shocker by saying “I like your sister”.