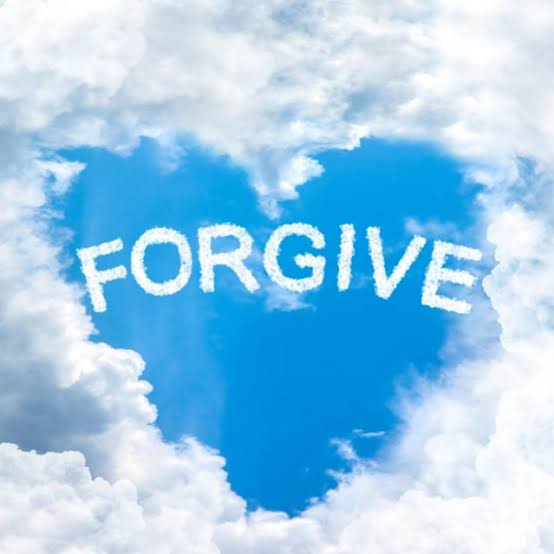 Surprisingly, Mr. Dennis came with his car and another BMW to the venue. The promise was fulfilled. Mr. Dennis handed over the keys of the BMW car to Afya as her birthday present. I guess that was the happiest day of her life. They spent the whole night at the club and had more skin to skin sex without protection. At dawn, they both got ready and because Afya doesn’t know how to drive, Mr. Dennis called his chief mechanic to send over one of his guys to come and drive Afya home. In no time, a very nice looking guy surfaced as the one to drive Afya. Mr. Dennis ushered Afya like a queen to the car. They kissed over there before the guy finally drove Afya away. “I can’t believe this. I came here in a taxi and am going home being driven in my own BMW wow! Life is full of fun, God please don’t let me die quickly oo. ” she said to herself. After saying that she just remembered she hadn’t taken her anti retroviral drugs. She checked her bag and oh the drug was no where to be found. She brought out everything from her bag but still the drug was not inside. She went into deep thinking. “where might I have left this drug? ” she asked herself. “eeeeeaah! Driver please, please turn this car back to the hotel. I left something there.” she commanded as she remembered that the drug might have fallen at the time she was bringing out a new cloth to put on after taking her bath at the hotel.

Mr. Dennis after seeing off Afya to her car, returned to the room to do some one or two things before leaving to the office since he had no plans of going home before later leaving for work. As he was sitting on the hotel bed going through some documents, his eyes fell on the drug in the container on the bed. He got attracted and took the drug. He has no idea what Lamivudine could be used for. He opened the container and saw the tablets and was sure Afya left it. He picked it and placed it inside his bag and in no time, checked out of the hotel premises to work. Afya arrived not too long after Mr. Dennis left. She went to the receptionist and told her she left something in the room they lodged so she should help by opening the door for her. The receptionist didn’t deny her the opportunity. Afya checked every Conner of the room but the drug was nowhere to be found. “Jesus! am sure this man has taken it. This was the very place I left the thing. Oh my God how do I explain myself to this man? ” Afya lamented in the presence of the receptionist. “Sorry madam can I please know what it was? ” the receptionist asked. “Don’t worry your head to know. Thank you, I will be going.” She said and walked out of the room. She, walked very frustrated to the car. “Madam please is everything okay? The driver asked. “My friend were you asked to drive or to be asking questions that do not concern you? Look forward and drive me home.” Afya shut him down. “Madam am sorry don’t vex. Was just trying to show concern.” he said. Didn’t I just ask you to keep quiet and drive? What is your name anyway? ” Afya asked. “Small madam, my parents call me Cornelius but everybody knows me as Action. Just say Action and I will respond. He said. “funny you. I beg stop that plenty talk and drive on.” she said. Still thinking about what to do, thought of calling Mr. Dennis to be sure if the drug was with him but she was equally scared because she didn’t know how to go about it.

Back at the office, Mr. Dennis also remembered he planned of calling Afya to inquire of her the usage and purpose of the medicine. “I think it’s right I ask of it from a Chemical seller.” he said to himself. The next thing was Afya calling. “Hello sweetie, I hope you enjoyed the drive in your new car?” he asked as soon as he picked the call. “Oh yeah! I really enjoyed it. Thank you for fulfilling your promise.” she answered. “Don’t mention it dear. I will do more than that for you. I really enjoyed that Watermelon. 🍉 You left your medicine on the bed today. I just gave it to one of my staffs to check what it’s being used for because I want to get some for your friend. Am sure that makes you so sweet.” he ignorantly said. “what! Has the person left already? Please let me tell you myself.” Afya said with almost a racing heart. “but why do you sound so tensed like that. The person is yet to go so tell me.” he said. “It protects ladies from getting pregnant when they engage in unprotected sex. Are you okay now?” she asked. “Really dear, Ok I understand but please don’t take this again. Look at my age and I cannot boast of a child. Please I need a child and I will reward you heavily should you become pregnant for me. I will keep this drug for you.” Mr. Dennis said. “I’m already on my way to your work side now. Please give it to me let me keep it at my place.” Afya pleaded. “Am even about going out so forget about that medicine.” he said and hanged up. I felt very tensed up.

Instead of Afya celebrating her new car, she was rather sad because should Mr. Dennis mishandle the medicine, someone might see it and alert him. People who saw Afya coming home with the new car became very happy for her but she seemed not to be in a good mood. When asked, she said she was over joyed and that was how she could show it. After some small celebration with some few friends, she asked Action to drive her to the hospital for a new set of drugs. One thing about Afya is that she understands the need to keep on taking the HIV drugs very serious. Once you know your status and start treatment, your symptoms will take very long to progress into AIDS. Note that HIV is not AIDS. HIV is a virus that causes AIDS but not in itself AIDS. With continual intake of the drug, it helps to reduce your viral load to the extent that you can be tested again later and the test kit can declare you negative simply because the viral load reduced drastically.

Afya went for her drug and later went into agreement with Action to become her personal driver. Action was very happy to get himself a new job from a very pretty lady. Afya made him to drive her all over campus that day. Her last stop was at my hostel. “Forgive where are you? Come and let me drive you around.” She said loudly when she came out of the car at my hostel. I ran out of the room only to see Afya in BMW. “wow! My girl don do am oo. Afya are you saying this is your new car? Unbelievable. But you never mentioned any car deal to me. How come? ” I asked surprisingly. “Come on baby, I always do tell you to use what you have to get what you want. This car is my birthday present from one of my new found mugu. Bab, hop in let my driver take us around town.” So, I also went to dress up jubilantly and joined her out.

After work, Mr. Dennis got home very tired. He didn’t waste much time before going to bed and snoring like an articulator truck. He just left his things on the floor before going to bed. My aunty came to take the things and placed them at their rightful places. My aunty, later seeing that her husband was fast asleep decided to steal his cheque book and sign some money to get her shop running. She knows her husband’s code to the bag so she easily opened the bag only to see the drug in the bag. She took the cheque and signed Ghc 5,000.00 and took the drug and hid it among her clothes. Mr. Dennis was far asleep in his own house and but was being robed by his own wife. How useless humans are when they die. Just simple sleep you couldn’t detect something was happening around you, how much more when you are dead?

My. Aunty equally didn’t know what the drug was used for so. She was thinking it was an aphrodisiac that her husband used to stimulate his performance in bed so decided to hide it and see if he could still perform without the drug. First thing in the morning, my aunty went to withdraw the money and deposited some into her personal account and used the rest to order for stock. Very unfortunately, that was the only money left in her husband’s account because of the car he bought. Later that evening my aunty availed herself for sex of which Mr. Dennis left no Stone unturned. This made my aunty to have a change of mind that her husband was not using the drug for sexual performance but rather a different thing so decided to do her own investigations.

She sent the drug to a pharmacy shop for them to tell her what type of drug it was. “Madam please why do you want to know what the drug is being used for? “the pharmacist asked. “It was added to my medicines the last time I went to the hospital so just want you to tell me the use. ” my aunty said. “Well, sorry I don’t think I will be in the position of telling you the use. Your doctor should have educated you on it before giving it to you. So go back to the doctor, he would tell you in a more professional way. Thank you.” the pharmacist refused to tell her. There was this lady who had “Okro lips” at the pharmacy shop. Hearing that her boss refused to tell the woman the use of the drug and because she wanted to be seen that she knows a lot went to meet my aunty secretly and revealed the use. “Madam what will you give me if I tell you the use of the drug? ” she asked. “Anything you ask for. ” My aunty replied. “OK I need Ghc 100.00 only.” she said. “OK. Deal.” My aunty eagerly said. “This drug is given to HIV positive people. So probably you tested positive that’s why they gave it to you.”😳 “what! HIV?” My aunty said and immediately collapsed. The lady now started shouting for help. People came around and sent my aunty to the hospital for treatment. She gained consciousness at the hospital. She was told how it happened and there she told the nurse that her husband was HIV positive and never made her know. “he has been on this drug but never told me of it until I chanced on it. I will kill this man. “oh sorry ma. I wish you take a test yourself first and see if you are safe.” the nurse suggested. The test was done and the result was negative. The good news too was that my aunty was also confirmed pregnant. Wow! The irony of  life.

THE MISERY OF MUTINTA : Episode 11

TEARS OF A HELPLESS WOMAN (episode 9)

THORN IN THE FLESH (episode 6)

Revenge Of a Dead Girl – episode 18