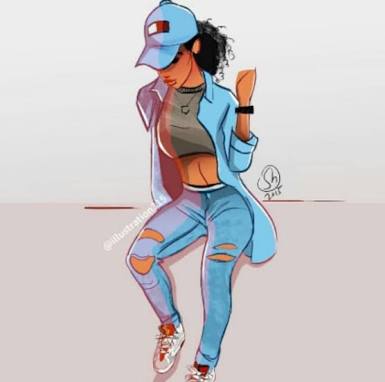 Good Teacher bad Kasukulu is a story which will talk about several etiquettes of learners and how they are influenced negatively due to s€×ual libido which may result to death drive of the ego. Kasukulu is a bemba term which means a student or pupil, the plural of Kasukulu is Bakasukulu.

Going to a public school was my decision, I
chose it cause of the free lifestyle compared to
their counterparts in a private school, I spent
the first four years of my secondary school life
in a public school but as fate would have it I was changed from public to private cause of my notoriety and stubbornness.
The first two weeks of resumption I felt different, was in a different environment, no babes, no friends, I was on my own and kept to myself alone.
On Monday I was at the bus stop waiting to board a bus but there was none, so I waited a little longer and saw a bus and

flagged it down, big man you’re luck there’s only one seat remaining ” the
conductor said” Cheers, do you have change for K100 ‘I asked’ yes yes enter. I entered and sat on the vacant seat which was
close to the door, the bus was about to move
but was stopped by a young lady between the age of 20-24. Black in complexion with killer curves in the right
places, she was well endowed with a fresh
round B—m fitted in a top and a short jean
skirt that hugged her quite large hips and revealing her enormous backside, guess she must have been looking for a bus for a very

long time its obvious. ‘Is there any seat left’
she asked the conductor ‘no madam, the bus is fully packed, the last seat was occupied by this man, the conductor replied pointing a finger at me ‘Oh am going to be late’ she said
with a little frown ‘ hey, I felt a light tap on
my leg, I turned to look at the person that
touched me and behold it was the s*x goddess. Please do you mind if i sit on your laps? “she asked”. what!! I scre-med in my
mind, meanwhile my Joystick was already
rejoicing, alright no problem I just hope you
won’t break my laps ‘I replied’ She laughed
and thanked me and lowered her massive

behind on my innocent laps ‘ am going to
enjoy this moment while it lasts’ my Joystick rejoiced’ she kept bouncing on my crotch
anytime the bus encounters any poth0le, it
was like my Joystick was ravaging her as she
kept bouncing up and down like she is
performing ‘girl on top style on my Joystick,
she must have noticed my hard on cause she
looked at me and smiled.
The bus came to a halt right in front of my
school and she got down, I wanted to go down
but my hard on was visible so I made up my
mind to stop at the next bus stop because my
hard on would have subsided.

I got down from
the bus and paid but I was told that the lady that sat on my laps have paid my money
already, I was surprised and happy at the same
time ‘when did she pay’ I asked myself’ maybe
when I was battling with my er-ction ‘ I thought and continued my journey back to school and concluded in my mind to thank her anytime I see her.
The following monday was a bad one for me ‘ you are just coming ‘ Mr Wilo asked’ I went late to school late when I stepped into the
school. ‘And you are a new student were you not given the handbook’ he asked’ yes I was
given ‘I replied’ you better read it we don’t tolerate late comers in this school, pick and go to your class ‘ he said ‘ I did as he was

told and got to my class to meet it rowdy that’s how it used to be whenever a teacher misses his/her lesson period. I got to my seat and met a guy sitting on it ‘excuse me, you
sitting on my chair ‘ I said to him ‘ and so what ‘he replied with fury and the wh0le class that was rowdy became silent and was watching what was happening between us’
you have to leave ‘I said to him’ am not leaving this seat cause your name was not written on it ‘he replied’ I gave him a slap and a fight ensued between us , I am bigger than him him so he was no match for me ,I threw a
jab at him and it landed on his nose and he started bleeding.