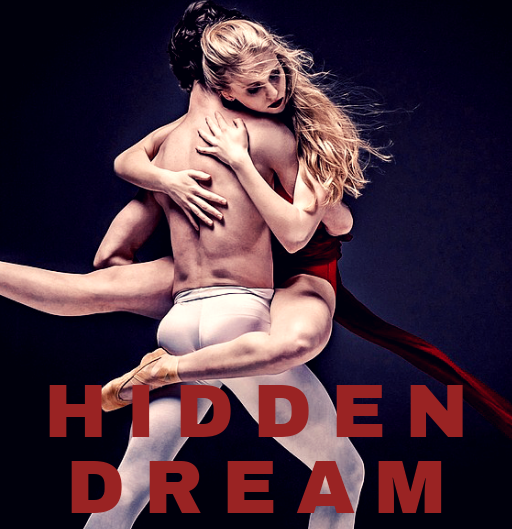 my teachers even started congratulating me for the slight improvements and I started to feel at home.

I had not heard nor made an effort to talk to my family back home even when the boarding master would sometimes inform me they called to find out how I was doing. I cared less about knowing their well being knowing and assuming everyone was okey.

Besides, my greatest fear was if I tried calling them, it could slip my mouth and i could end up telling them I was happy cause I started dancing again. Avoiding them was the best option I had.

Ms Jere always found time to encourage me and I was in the dance class whenever I was free.

I walked to the dance class one day as was my trend. Oswald came towards my direction and stopped me.

” Hey” I i responded casually. I was trying to avoid his group because I knew most of the guys where against the dance class so I avoided anything negative.

Meeting him at that point implied he would talk about it as John had told me earlier that the head boy asked to see me that afternoon but I didn’t bother to go see him.

” I told John to ask you to see me at the office, what happened?” He asked standing in my way.

” oh That!” I sighed reluctantly. ” he told me but I have something to do so I couldn’t make it. But since you are here already you can as well tell me why you wanted to see me” I responded calmly.

” mnmmm I see, I thought we are friends man, we welcomed you to this school and now you are behaving like a girl. Anyway, listen, I called you because I heard some guys talking.”

” what about?” I asked hurriedly. I felt the urge to leave him there as I had to go and practice for the competition.

” I heard you are the one hanging around my girl Jay and I don’t want to believe it’s true.”

” your girl?” I frowned ” Which one Oswald?” I asked him looking straight in his face.

” as far as I know am not going out with any girl in this school so whoever told you must try find the correct information before making a fool out of you.”

” well, you know the girl am talking about. That Tracy girl is mine. You came like yesterday man, you can’t just start parading around the chicks in this school without asking around first. I don’t want you to ruin what we started so am urging you, if you have any intentions towards that girl just back out Jay. Or else, ”

” or else what?” I snapped ” don’t even dare to threaten me man, you know very well that am not scared of anyone in this school. I don’t answer to you and am not going to let you intimidate my friend Tracy. Yeah, I hang around with her because she’s my dance partner and friend that’s all. She’s just a friend but she told me how you punish her around just because she won’t accept your proposal. Now let me warn you man, stay away from Tracy. She’s not intrested in you and the next time you punish her unnecessarily you will have me to face ” i added my stern eyes on his.

He shrugged and stepped back a bit.

Then I walked past him.

” what a clown!” Oswald shouted. ” a dull rich guy who finds pleasure in dancing like a girl. !”

He could not finish his last words and I turned back towards him and grabbed him by the shirt. .” Come again? ” i whispered squizing him.

I was about to land a blow at him when Ms Jere called out.

” enough boys break it off Now!” She shouted coming towards us.

I pushed Oswald forward and he staggered back before finding his balance.

” call me names again I swear am ready to leave this school and before I do I will make sure you spend some time in the hospital” I snapped angrily.

” I don’t expect such behaviour from you two. Now I will assume whatever the heat is about you two have it cooled or I will report to the head to have you expelled.” She told us standing between us.

” Jared!, go join your friends and you”, she looked at Oswald. ” you are a leader and I expect you to act as such. Get going” she told him and I saw him shot some eyes at me before walking away.

“What was that about?” Ms Jere asked me as I walked ahead of her.

” nothing” I answered abruptly.

” nothing? You were almost engaged in a fist fighting and I heard you talk and you say nothing?”

” Yeah am sorry but that boy is a jerk. I just told him to stop calling me names. I swear I have had enough and am not going to take that from him or anyone else in this school. why can’t people just leave me alone already. It’s like everyone sees something wrong about my life. Jay is dull, he’s a rich kid, he can’t write properly, he likes dancing like a girl, bla bla bla….. Am so sick of all this bulls***! ” I said almost yelling and all faces turned in on our direction as we just stepped in the dance class.

Ms Jere indicated for everyone to go on and asked me to join her at the table.

To be honest I was begining to feel more comfortable around her than anyone else in that school. She was always paying attention to me and it was like she knew exactly what i needed to hear at each point I was broken or with an issue.

” I understand your anger Jay, but please stop looking at the negative that people are pointing out in your life. Instead use them to build your life so that you can prove to them and more especially to yourself that you can be more than what they call you. I believe in you Jared and I know you can make it. It doesn’t matter what others say Now, focus on what you believe in and if you have not yet decided what that is then, I suggest you start setting your standards and what you want to achieve in your life so that it guides your everyday activities.”

I smiled slightly at her. ” thank you” I said finally, ” you always see the best in me madam and I appreciate it so much. I will do as you say especially for you” I added looking straight at her.

I saw her blush slightly. Her face turning into a soft laugh.” For me? Why?” She asked politely

” oh No, maybe that didn’t come out right” I chuckled. ” what I meant was, you encourage me a lot and the past weeks have been great. I don’t want to let you down so i promise to do my best so that your good words are not in vain” I eluded to her.

She could not finish her sentence and Tracy came towards us.

” are you still sitting? I thought today we have to learn some new moves for the competition on the salsa dance” she said in a stern voice.

If I didn’t know better I could have thought she was jealousy. But how? I thought to myself. Ms Jere was my teacher how can she be jealousy of her?.

Later after practice I told Tracy what Oswald had told me and she laughed. .

” well, if only Oswald knew who you are eyeing he wouldn’t have said that to you. But not to worry I can handle him myself”

What is that supposed to mean?” I questioned her.

Instead of answering she got the text book and started helping me with the homwork we had.

I wanted to ask her what she really meant but then decided not to argue. Tracy was a very talkative person. So I assumed it was just one of those things she ranted about until later after we did our homework she sighed standing up.

” So whats with you and Ms Jere? ” she asked unexpectedly

” Okey, I get it now” I chuckled. ” she’s the one you refered to earlier on right? Come on Tracy we are together in this group and Ms Jere is our teacher how can you even say That? ”

” I have seen how you two are always talking and sometimes she just calls you alone to the dance class.”

Instead of answering my question she shrugged and turned to go..

” Tracy wait” , I stopped her holding her bag from behind. ” I don’t understand you. We are friends and you know how Ms Jere has been helping me with everything in this school. How can you imply that there’s something going on. What does that even mean? ”

” just let go of my bag Jay. Am going home now. Will see you tomorrow” she responded holding her bag closer.

I stood watching her walk away. I had not even thought of what she was telling me. For me it was outrageous. I would agree I felt comfortable with Ms Jere but for me it was just because she had shown she understood me and was helping me with my inner struggles.

Brushing off the thoughts, I walked to the hostels and found John laying on his bed.

” John!” I called out in greeting. ” I didn’t know you are here. Back from the club already?”

“I came back a few minutes ago. By the way do you know tomorrow will be visitation weekend.?”

” what? Does it mean parents are allowed to come here to visit us?” I asked him not wanting to hear the news cause I was scared of the possibility of my parents coming over. I had a dance practice that weekend since we only had a week to go. I didn’t want them coming over when I was there.

I felt some panick and stayed quite thinking about what I was to do. Hoping they never decided to come over.

That evening I was quite trying to think of how I would do if they came. I didn’t want to miss practice but again I wasn’t sure what time they would come if they decided to.

Shrugging, I whispered to myself. ” I know they cannot come here, they have not bothered to do so since they dropped me. The last time they sent the driver to bring me some pocket money and food he didn’t mention anything about there coming and I was sure they wouldn’t show up.

The rehearsals were going on well the following day. Tracy and I were paired together as usual and Ms Jere was directing us.

” you look a bit nervous today, is everything Okey? ” Tracy asked as we danced.

She gave me a questioning look but I ignored her and kept on dancing.

We were just doing our last session when a familiar voice called out my name.

” Jared! What are you doing ?” Came the stern voice of my father. .

“No!” I whispered stopping instantly as I let go of Tracy’s hand.

“I asked you a question” I heard him ask again and everyone in the room including Ms Jere stopped what we were doing and turned to face the direction of my father’s voice.

My mouth went dry instantly as I saw him standing w ith my two sisters who smiled at me, Clearly enjoying the humiliation that was about to befall me in front of my friends and teacher.

My mind as a teenager – episode 49

Dance in the Graveyard – episode 1