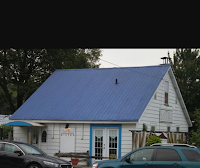 “Do you like the food? If you’d informed me of your home coming I’d have prepared something for you dear” Helen poured some juice into his glass.
“Thanks mu’m okay with this” Mark smiled sheepishly at his mother.
“Where is dad? And Rose? It’s almost evening and none of them is yet home” Mark checked his watch.
” Your father went for a programme, I know that for sure, but your sister? I don’t know where she is” Helen sighed and settled into the chair. By now, Nelson had found a way out of that cursed room, she trusted him, but she wouldn’t drag him into the secret she shared with her husband and her daughter.
Pastor Ita, her husband was a good man, she believed this strongly, he was too good for her. He was prayerful, loving, caring and he took his responsibility as a father seriously, that showed how nice of a man she was. That was why she felt guilty for dragging him into the mess her daughter had created.
It happened one hot sunny afternoon, Rose had rushed into her room looking frightened, she follows her daughter to Gracy’s room and realized the maid had written a note and was ready to run when Rose had found her and they had fought, Gracy’s head had collided against the wall and she died instantly.
As a mother, she knew she had to protect her daughter, and as a wife, she had to protect her husband’s reputation as a pastor, so it was her whole idea they discard the body, they had cut the corpse into bits and buried it in the garden.
“They will be back soon” she forced the memories out of her mind. She didn’t feel guilty, she only did what was necessary for her family to survive.
“So why didn’t you go along with him”? Mark asked.
” I had other things to attend to” she replied curtly.
“Okay, I guess you have to do all the chores now, since Grace vanished” Mark gulped some water.
The mysterious disappearance of Grace had hurt him greatly as he had fallen in love with her, he was deeply hurt when he realized she had left without saying goodbye.
“Yes, but your father, told me he would get us a new maid” Helen replied, she tried to change the topic of discussion, hearing the mention of “Grace” made her feel uncomfortable.
“I hope she would be as nice as Grace” Mark said.
Though Grace had been a maid, she was very smart and intelligent and he had vowed to help her with her education before she disappeared. He still hoped he would see her once again.
They had fallen into silence for a few minutes, each to their own thought when the door bell rang and Helen rose to her feet to answer it, she knew her daughter must have been the one, they still had a lot to discuss.
Rose had not told her what had led to her fight with Grace that afternoon, she needed to speak with her daughter in private and she needed to warn her to keep their secret, else it could destroy their family.
“Good afternoon Madam” my lips quavered nervously as I looked into the eyes of a woman whom I knew instantly would be my Madam.
“Grace?” Helen held her breath as she stood face to face with the maid her daughter had killed.
“Grace”? I was confused, I could see the fear and shock in the woman’s eyes but I couldn’t comprehend it, I couldn’t understand why she looked so scared.
I had arrived Calabar with Joy, but she had left me after receiving a call from one of her numerous boyfriends who resided in that part of town. So she had left me with the address and some money for my fare down to her uncle’s house.
I was so confident that everything would be fine, that I would get this job and work for some money, but one look at the woman before me, I really doubted that.

Heart of a beast episode 7

WEDDING OF MY EX EPISODE 11

THE SAD STORY OF LILY