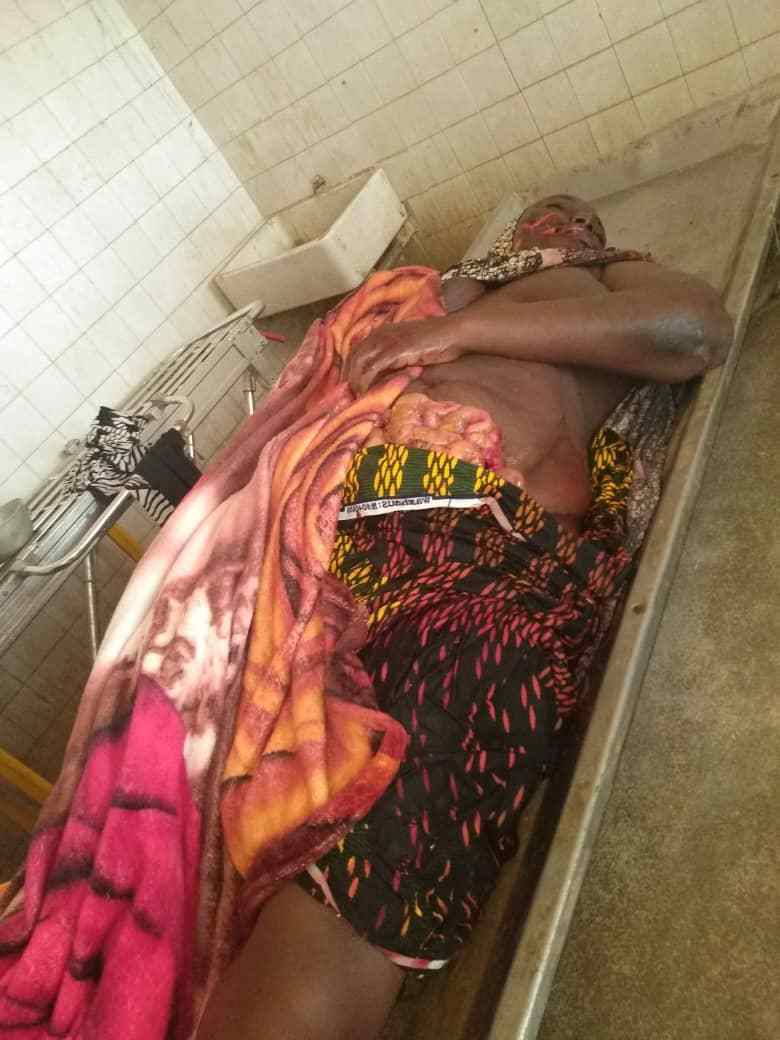 An elderly man, Aliyu Hussaini has allegedly killed his wife, Aishatu Abubakar, mother of five children, popularly known as Sabuwa at Arhan Kunu Area of Mubi, a town in

DAILY NIGERIAN reliably gathered that the incident occurred in the early hours of Tuesday.

One of the family members of the deceased told DAILY NIGERIAN correspondent that the victim’s corpse was reportedly dumped in front of a public hospital in the area.

“We initially thought it was a normal misunderstanding between the couple until we got a call from the hospital where the corpse was dumped.

“When we saw the corpse of the victim, it was completely out of shape,” Rukayya Ahmed, who spoke on behalf of the family, explained.

According to her, on reaching the deceased house, there was no trace of any evidence of physical struggle that could have possibly resulted in such incidence as the husband and his friend had already cleared the place.
“But they later produced three knives with which they hacked her,” she disclosed.

When Mr Hussaini, the husband, could not be reached for comment, a resident in the neighbourhood who pleaded anonymity told our correspondent that the husband had already reported himself to the police station, denying having any hand in the murder of his wife.

However, according to the local resident, Mr Hussaini had confessed to having had a dream that he was stabbing something whitish, but not his wife.

“I had a dream the night before the incident. I saw something whitish attacking me and I retaliated. When I woke up, I saw my wife in that terrible condition, but I did not kill her,” the husband was reported as saying.

He added that Mr Hussaini was earlier reported to have said that someone was going to die in his household on Friday before the incident that happened on Monday.

“Hussaini had earlier planned to flee with N1.8million belonging to his wife (the deceased) which she kept in the fridge, but his friend told him not to, saying he would become a prime suspect if he dared to flee,” the resident disclosed.

Speaking with DAILY NIGERIAN via a telephone chat, the Ward Head of the community, Isiyaku Jibrilla-Dagala, alleged that the incident could be linked to cultism or ritual activity.

“Some say that Hussaini is a psychiatric case. There’s, however, nothing to suggest his mental defect, being my close neighbour,” he argued.
Confirming the incident, the police spokesman in the state DSP Suleiman Nguroje said the husband has since been arrested.

“Yes, the man has been arrested having earlier reported himself to our station. He is currently under police custody in Mubi.

“The CP had swiftly ordered the anti-homicide

unit to investigate the cause of this heinous act,” said Mr Nguroje.