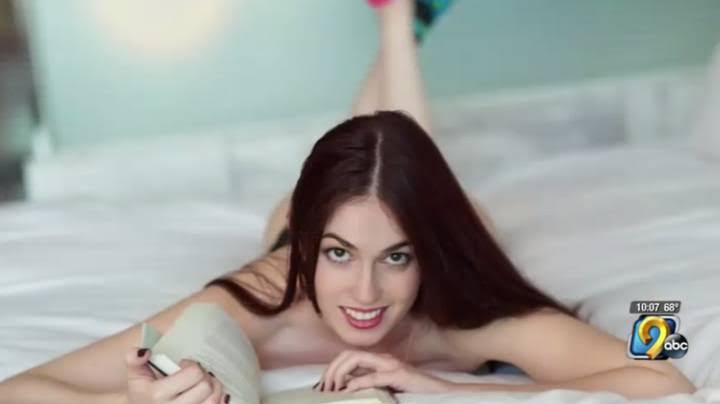 “Over my dead body!”Lucia spat out, storming out of the room,carrying her eight months old baby with her.

Her mother, Patricia ran after her and held her hand, turning her back to face her.

“How dare you walk out on me!” Patricia shouted on her daughter.

Lucia’s eyes welled up in tears as she looked at the woman she called her mother.

“Mother,how could you! How could you ask me to join your ruined life?”

“I don’t care! I will never ever go back to my old ways when I was a teenager!

You taught me nothing but how to go after boys and extort money from them!

My mates are all in school while I’m here with a child!

I went about sleeping around with boys and married men, collecting their money!

It is the result of this child I’m carrying now and you still have the guts to ask me to become a w—e like you?

I don’t care what you do with your life,just count me out of it!” Lucy shouted on her mother who laughed.

“See who’s talking? Is your life not ruined too?

Yes,you are supposed to be in school,not saddled with a bastard.”

“My daughter is not a bastard!! She has a father…and I know who the father is.

He’s out there! You are the one who gave birth to me without a father!

I’m the bastard here!now If you have given me the morals a mother should have given to her daughter…I wouldn’t have ended up like this!

You have no right to tell me my mistakes! You caused them!” Lucy yelled back.

Rachel’s face squeezed in confusion at the noice and started crying.

Lucy brought her head closer, cuddling the baby to her chest,while glaring at her mother.

“I don’t care what you think. All I want you to know is that if you won’t join me and make money, count your mouth and that of your baby out of any food in this house.

Not only that, no money for you again in this house until your senses are back.

I can’t continue being the only person making money in this house while you sit down and spend them!

You can’t do what I do but yet,you can spend the money I make out of it? Impossible, no food for you and your daughter in this house again!

Not the one I brought with my own money. Nonsense!”

Lucy looked unbelievably at her mother.” So,it has gotten to the point of that? What did my innocent baby do to you?” Lucy asked,more tears running out.

As though she heard what her grandmother had said, Rachel’s cries increased.

Patricia said nothing,she hissed and was about to walk out when her phone rang.

She sneered at Lucy as she picked it up, switching into a sweet voice.” Oh, Chief Abdul….yeah…I’m already dressed. Really?”

Yes. Right now,I’m on my way out. Pick me up at the round about near Zion filling station.

Yes…oh… thanks chief!” Patricia said sweetly into the phone.

“Wow..that was a cool amount!” She said, taking up her bag.

She looked at Lucy,up and down pointing to her.”I’m going out right now and I won’t be back till tommorow morning.

Make sure you lock my door and fill that drum at the backyard.”

Patricia said and walked out of the house in her mini skirt and spaghetti top.

Lucy stared after her, regretting she was born into this world… regretting the very day this woman gave birth to her… she cursed that day.

She wished she never had a mother at all.

Tears welled up in her eyes as she looked down at her baby,who was falling into sleep.

The tears dropped down as she thought of what to do….where to get money to feed them. She would never join her… never but then….

In Love With A pr-stitute - episode 2

In Love With A pr-stitute – episode 8

In Love With A pr-stitute – episode 6

In Love With A pr-stitute – episode 5

In Love With A pr-stitute – episode 10