In The World of 3 Women – Episode 1
© Kayode Odusanya 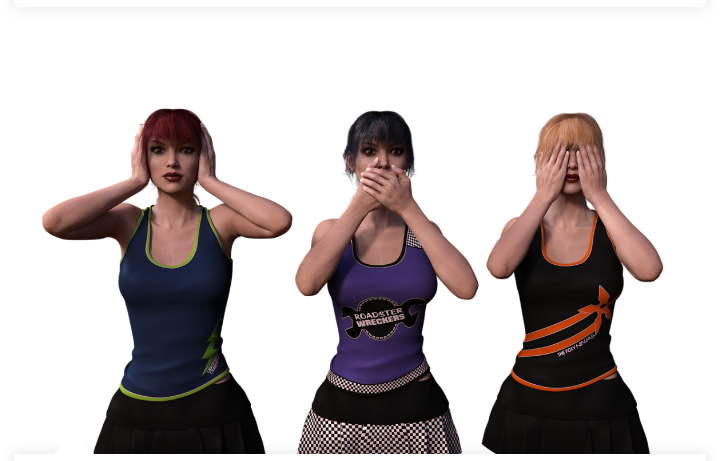 Dapo was staring at the television, but his mind was elsewhere. He was thinking of how his recent move to sell his car was a bad one. A flash of lightning bolt reflected off the window into his eyes, and he blinked. He jumped in his sit when the thunder sound came seconds later.

At thirty-two, most of his peers were young bank managers, or heading departments of big corporation, but he was still waiting for his big break. His I.T Company had no office, and he took all his business calls on his personal cell phone. If he got the job he was meant to go out for today, then he would be sure of long time residual income.

A scene from the movie he was watching caught his attention and brought him back to the present. In the movie, a man stabbed another man in the eye with a pen without flinching. He wondered how American’s seemed to make their movies look so real. The cry from the victim in the movie got on his nerves and he held up the remote to change the channel. His hand was frozen in mid-air for a couple of seconds, as he tried to concentrate and listen if the intensity of the rain had dropped. After a while, he switched off the TV, got his briefcase and rushed out of the house.

Elsewhere, his wife, Lola, was heading home in her silver colored 1989 Toyota Camry. Her mind was fixed on what she would make for Dapo tonight. It wasn’t his birthday or anything, but he had been a very good and supportive husband so far. She could remember how most of her friends kept trying to talk her out of marrying him. They said he wasn’t ready; they said he didn’t have the financial capacity to take care of her; they said all other sorts of things, but she didn’t listen to any of it. And right now, thinking back, she was glad she didn’t listen to them.

She made a stop at MR BIGGS, a famous junk food joint that was spread all over the 31 states of the country. She wanted to get just one thing; ice cream. Dapo had always been a big fan of ice cream, and he never hesitated to state all the other alternative uses a bucket of ice cream had. The thought of ice cream sent chills down her spine and she smiled.

“Lola” A voice called out as she made it back to her Car. She dropped the paper bag in her hand on the driver’s seat of the car before turning around. In the split second it took for her to do that, her brain had recognized the voice, but she didn’t want to believe it was who she thought it was. As she made the 180 degrees spin around, she came face to face with her father.

“Daddy!” She shouted out and hurriedly walked up to meet the tall man that was standing about 10 paces away from her. The man smiled as he opened up his arms with a welcoming hug. “What are you doing here?” She asked her father as they disentangled.

“Oh!” He exclaimed and laughed as he looked back at the building. “I had a meeting with some of my clients, and was just too hungry after wards. You know it can be hard to find good food sometimes, and I would always trust MR BIGGS with that.”

“How is Mom?” She asked as she scanned the car park for the car her father had come in. She saw the old Mercedes Benz S600, at a far end, and smiled.

“Oh, Dad, I am so sorry we haven’t come to see you guys in a while, it’s just…we were actually planning to come this weekend, so it is good I saw you today.” She said as she waved at her Dad’s driver, standing by the car; he bowed his head with a smile on his face.

“You were already leaving?” Her Dad asked, adjusting the knot of his tie.

“No you don’t have to; you know how slow I can be at eating.”

“Dad, it is no big deal. I can stick around.” She said and dusted off dirt from his shoulder. While she engaged small talk with her Father, she noticed a man staring at her as he made his way into the building. He look familiar, but she couldn’t place the face. Her father joked about her ice cream melting and urged her to go.

“Okay Dad, we’d be at your place on Sunday.” She said with a smile, and her right hand made into the shape of a gun, pointed at her Father.

“Good by me, I’ll inform your Mom.” He said and they hugged one last time before saying the last goodbyes.

Her father was a furniture mogul; old money at its finest. Even though he had all that money, he didn’t object to her marrying someone with an average background and no job at the time. ‘I see the prospects in the boy, and since you say you really love him, we would give you all the support you need.’ Her father had said.

As she walked the length to her car, she tried to remember where she had known the guy that had been staring at her earlier; probably an old school mate, she thought to herself. She moved the grocery bags to the back seat, and was about to drive off, but something made her stop and just stare ahead. Seeing her Dad in an awkward place like this just made her think of the past, and how things change when you get married. When you get married, you start your own family unit, and no matter how much you love your old family, your new family comes first.

Lola picked up a box that was lying on the floor in the back seat; something one of her students had given her earlier in the day. She walked to the back of the car and just as she was opening up her trunk to get the box in, a motorcycle rode past her and splashed some muddy water unto her. Lola shouted loud curse words at the rider, and then she stood there looking at her once lovely looking blue gown and she felt like getting out of it as fast as possible.

She quickly ran to her car for cover, and just as she was about to drive out, the guy she saw earlier came into view. Memories came flashing back as he approached her. Just as Lola was about to slam the door of the Camry and drive off’ he called out her name.

“Lola Odumosu.” He shouted out and she stopped to look up at him. “Wow! What a surprise. I wasn’t sure at first, until I got a closer look” The guy said as he stood by the driver’s side of her car, tilting his head a bit so he could be in her visual space.

“Yeah!” Lola exclaimed and made a face like she didn’t remember the guy.

“I guessed as much; you don’t remember me, right? Anyway…” The guy was saying, and Lola cut him off.

“No! No! No! I do remember you; Femi Balogun, right? English teacher always picked on you back then.”

“Yeah, you do remember.” He said and laughed at her comment “Let him try that now, and…” He said with the pose of a boxer. Lola was getting out of the car, and he took a few steps back. She stretched out her hand for a proper greeting, and he shook it, as his eyes stayed glued to her dress. “Nice pattern on the gown.” He said and they both laughed.

“Some bike rider…” She said and used her hand to gesture at what had happened.

“I’m doing cool.” She said as she used her handkerchief to dab at the stain on her dress. She caught him laughing when she looked up. “And what’s so funny?” She asked

“Nothing really, it’s just that I can’t imagine I am actually standing here talking to you.”

“Back in school, you were like…like the prom queen; I wouldn’t have lasted 5 seconds talking to you.”

“So, are you trying to say I have lost it?” She said, with a serious look on her face.

“No, don’t get me wrong. We all grow, and things…forget about that, so what do you do for a living these days?”

“I’m teacher at a primary school.”

“That’s cool; are you married?”

“That’s great: really great. It’s cool I ran into you; I’m actually getting married pretty soon myself, and I was trying to gather all the old friends I could.”

“So, I would really love for you and your husband to be present.”

“Oh! Cool, we’ll definitely like to come.” Lola said, still feeling embarrassed in her mud stained gown, standing next to him in his nicely fitted suit.

“Give me a second.” He said and walked off to a Range Rover SUV parked opposite Lola’s Camry. He picked out something from the glove compartment and was back within seconds.

“So… what is your new last name?” He asked, as he placed the invitation card on the roof of her car.

“Just address it to Mr. and Mrs. Dapo Oduwole.”

“Okay.” He got through with it and handed it over to her.

“Okay. Have a nice day.” He said with a smile and was off. Lola waved at him as he retreated.