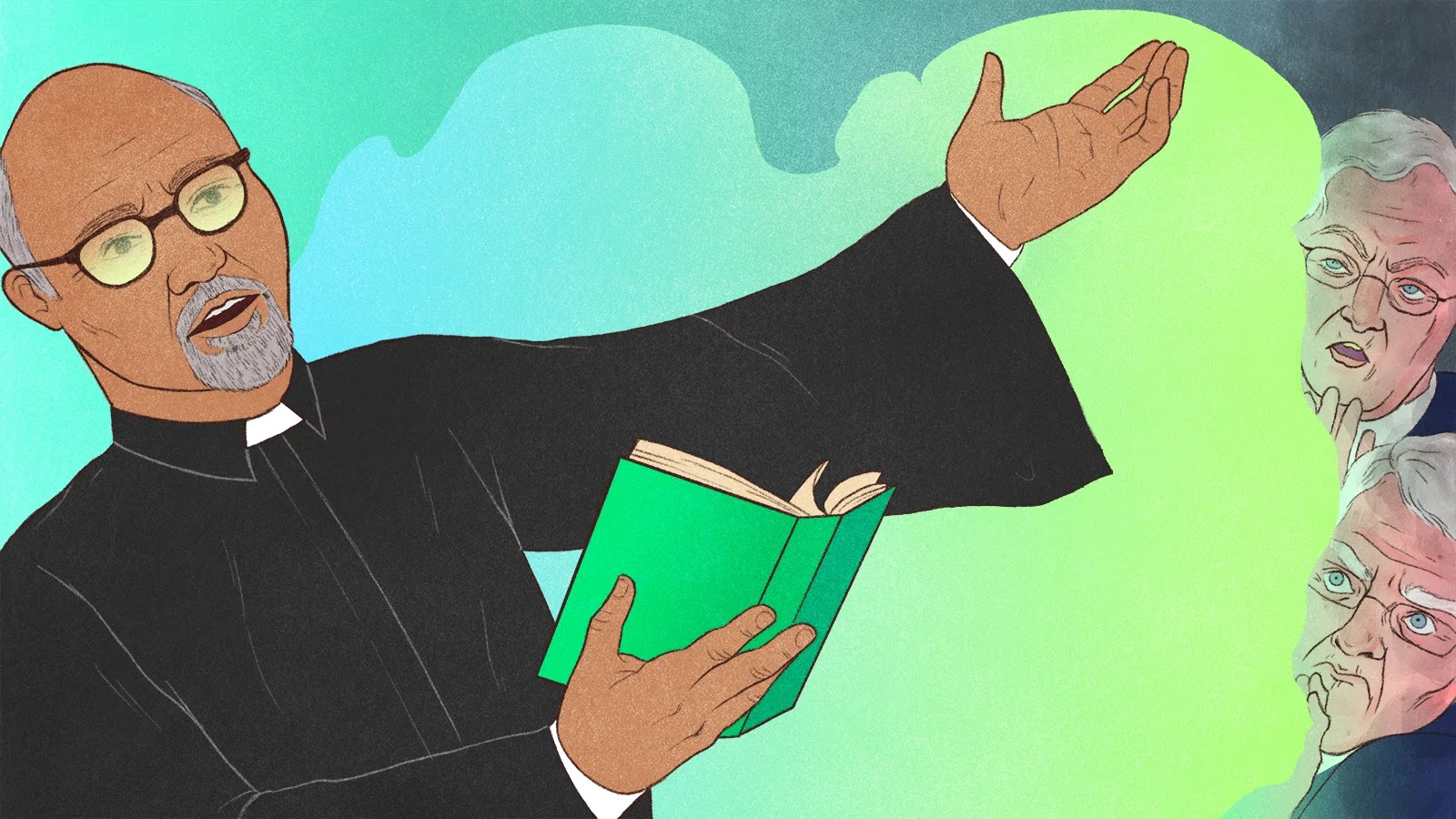 Judas In The Church!

Deacon Igho and deacon Duncan walked up to pastor Chris and also congratulated him. Deacon Duncan could not contain his joy as he kept opening his teeth and laughing and talking plenty.

”Brother Chris, erm sorry! Pastor Chris I am so happy for you. I always knew that God designed you for great purpose and achievements. Congrats sir.” Pastor Chris bows his head as he shook hands with deacon Duncan and deacon Igho as sign of respect to them.

”Thank you my deacons, thank you so much sirs. Honestly I was surprised when pastor King called my name, I mean who am I in this church that God will just single me out from the congregation. Am just a nobody” deacon Igho nodded in agreement, ”of course brother Chris you are just a nobody” pastor Chris looked at him before continuing. ” But God decided to uplift me and selected me from the crowd to lead his sheeps.”

They all smiled and laughed together o. Deacon Duncan laughed even more as he asked. ”Were you aware of this position before? As in did pastor King tell you about it?” ”No” pastor Chris replied, excited he never mentioned it, and that is why I was even surprised when he called my name. I was expecting that the new assistant pastor would either be any of you. Deacon Igho or you deacon Duncan, or any of the deacons. But I was obviously wrong. God has other plans.

”Yes yes, he sure does replied deacon Igho. ”Congrats again pastor” they shook his hand again before leaving so that the choir led by the MD can also see the new pastor.

As Duncan and Igho left to go, Duncan gave an eye to Igho who understood immediately that he was asking him to come along. And so they went same direction to Duncan’s car.

Duncan: did you see what just happened?

Igho: Duncan my friend, I should be asking you that.

Duncan: So after all mg Yeats of worshipping in this church, it has now reached for me to eat the fruit of my labour, pastor king just decided to pass my glory to another person. Brother Chris. Who is brother Chris.

Duncan: a nobody o, even himself knows he is a nobody. He even knows he is not qualified for that position he just received. He even said it that he thought I would be the new assistant pastor.

Duncan: yes or you, but from no where pastor king just decided to spoil things for us.

Igho: Do you know right now he will have to move into the church quarters and occupy the house of the assistant pastor? He will also be given an official jeep. I hope you know that?

Duncan: That same house we all suffered to build o. I carries 40 bags of cement when building that house, and that is what this nikompu, this slimy dog will now come and enjoy while I still pay rent and drive this old 505 Mercedes Benz.

Igho: my brother such is life and there is nothing you can do about it. Its already a done deal.

Duncan: You lie o, I must do something. Listen I will make sure I frustrate him from that position. I will make it unbearable for him.

Igho: and how do you plan on doing that.

Duncan. Don’t worry your head over that, you will see things for yourself.

Mr Duncan started his car engine and drive off not minding the speed.

Judas in the church episode 40

Judas In the Church – episode 7

Judas in the church – episode 35

Judas in the church – episode 19