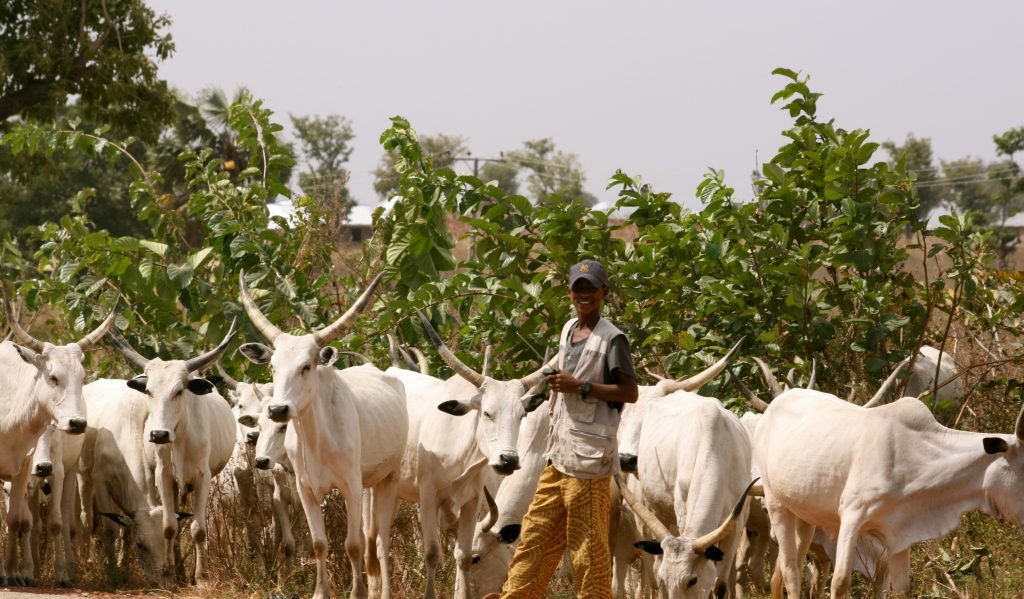 The Northern Elders Forum (NEF) has asked all Fulani herdsmen residing in the Southern part of the country to vacate immediately if their security is no longer guaranteed. Activities of Herdsmen have come under serious scrutiny after the recent killing of Mrs Funke Olakunrin, daughter of Afenifere leader and a 40 year old farmer in Ogun state.

Chairman of Northern Elders Forum, NEF, Prof. Ango Abdullahi, who addressed newsmen at a press conference in Abuja earlier today, said the order for the return of the herdsmen was borne out of the realization that the lives of Fulani herdsmen residing in Southern Nigeria have been put at risk due to the actions and utterances of Southern Governors in recent days. In his words

Spokesperson of the Coalition of Northern Groups, Abdul-Aziz Sulaiman, who was also at the press conference, said utterances from the likes of Gani Adams, Femi Fani-Kayode and some other Southern leaders have further heightened the insecurity of Fulani herdsmen in the region.

”Throwing caution to the winds, Gani Adams, Fani Kayode, Yinka Odumakin and a host of other southern regionalists shamelessly insisted on changing the narratives around killing of the Fashoranti lady. In the process, they threatened all forms of violations and breaches against northerners including the threat of an all-out war.

“With all these statements and steps taken by the southern governors and opinion leaders, we are worried that none of the northern governors or federal official has deemed it apt to caution them.

“The failure or neglect of the police to trace a connection between the Fashoranti murder and the seeming prearranged conduct of Fani Kayode, Odumakin and Adams by their haste to shift the blame in order to render the Fulani object of attack is certainly suspicious.

“We are concerned about the sincerity of the federal government in implementing the National Livestock Transformation Plan NLTP going by the manner previous efforts at executing development projects like the Mambila hydro-electric power project and several initiatives on the herdsmen dilemma were invariably stalled.

“We are equally worried that the NLTP is vested in the office of the vice president that is believed to have frustrated previous project meant for the north.

“We find it difficult to trust the commitments of this government which has for the past four years failed to execute any positive initiative towards resolving the herders problems nor shown any encouraging concern for the dilemma of the Fulani who have been attacked in various states.

“Based on the above observations, and the fact that the instigation of hatred against the Fulani persists, we feel obliged to advice the leadership of the Northern Elders Forum to consider calling on the Fulani to forego their right to live and flourish anywhere in the south and relocate to their various states in the north to ensure their safety noting the inherent return value  of such denial.” he said

A Friend in Need episode 30 – finale

I want a home episode 94

When i fall episode 41