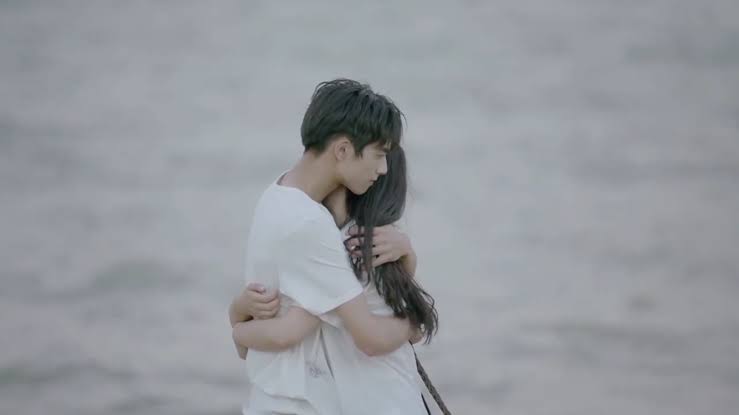 Longed For You (episode 2)

Catherine was extremely excited to see the stranger that got her mind all worked up lately. She secretly admired him on his nice official uniform and instantly had goosebumps when he smiled at her. Nelson wasn’t as excited to see her as she was excited to see him. To him, she was just a lady he met few days ago at the bank.

“Hello, nice to see you again” Nelson greeted, “Nice to see you again too” Catherine responded, “How’s the work going?” She added, and he told her everything was fine. Catherine was lost of words to say and decided to end the conversation that almost seemed one sided. “I’ll just get back to work and let you concentrate on your business” she said and wanted to leave when Nelson stopped her by asking if she worked there. Catherine smiled as she didn’t know how to tell him that she actually owned the company which he came to work in. “This is my company, I own it” she proudly said with her chin up, “That’s great! Ok do take care” Nelson said and turned to continue with what he was initially doing before she came in.

For a minute, Catherine was beyond shocked as she couldn’t believe he reacted so causally over a revelation such as that. She managed to walk out of the IT room and headed back to her office. “Who is this excessively confident man that isn’t smitten or intimidated by my career accomplishments” she thought to herself and could hardly concentrate.

As she sat in her office, her mind wasn’t with her but with the gentleman working on her firm’s IT security downstairs. She thought about him all through and couldn’t get her mind off him. Catherine occasionally peeped through her window to see if he had left, but could still sight his car at the parking lot, she recognised the car because that was the exact car he drove the day they met at the bank.

After about 3 hours, Catherine’s secretary came to inform her that the IT security work had been done, “Ma’am, Nelson the IT personnel said I should inform you that the system has been upgraded” her secretary said. Catherine couldn’t help but admire his name, “It’s his name Nelson?” She curiously asked and her secretary nodded “Yes”. Catherine instructed her secretary to bring Nelson to her office so she could finalise some things before he finally leaves.

In on time, Nelson arrived at her officer looking enchanting in his well ironed official uniform, “Please sit” she instructed and he took his seat. Nelson looked into her eyes and dimmed his eyes in an attractive way, “why are you staring at me like that?” Catherine asked with a smile on her face, “Nothing, let’s just get to why you wanted to see me” he bluntly said, still looking into her eyes.

Catherine’s heart was racing but she tried her best to stay calm. “I just want to thank you for a job well done and also enquire if there was anything in the agreement you weren’t ok with” she said but Nelson told her all was good. “I actually have a game to catch this evening so I guess I’ll see you some other time” he said and got up to leave.

Deep down in Catherine’s heart, she didn’t want him to go but didn’t want to trade her dignity either. She silently wished he could ask another question so she could capitalise on that to push the conversation further and God answered her prayers. Just as he was about to leave, he turned and said “I haven’t gotten the chance to know your name. I would like to know your name so I get to address you with it when next we meet”. With a faint smile on her face, she said “My name is Catherine and you?”, “I’m Nelson” he replied.

They further exchange pleasantries and smiled to each other. “Did you visit all these slum areas?” He asked referring to Catherine’s pictures on the wall, “Yes I did, I do alot of charity work” she replied.

Nelson was a bit impressed and encouraged her to keep it up. She thanked him and urged him to try and pick interest in charity outreach too. “My mum does a lot of charity work and I’m a major sponsor for it. Since I don’t usually have the time to personally reach out, I let my monetary support stand in for me” he said and walked back to his seat and sat down again.

Catherine was super excited that they were having a conversation, she cherished every moment and paid close attention to the things that came off his mouth. Catherine was amazed of how much of a gentleman he was and immediately knew he was raised well.

“I’ll be going for a game this evening, do you want to come?” He asked, “I don’t even know what fun means and don’t know if I can” she replied. Nelson smiled and told her that it wasn’t that bad, “I’ll teach you, don’t worry” he added.

After a while of conversing, Nelson got up to leave and reminded Catherine of the venue and time the game would be holding. “Don’t forget to put on a sneakers” he said smiling before bidding goodbye.

Catherine was beyond happy and didn’t know why everything about Nelson felt different. “His spirit is calm and so is his personality” she thought to herself. She couldn’t concentrate further as she kept thinking of what to wear for the upcoming game.

At close of work that day, she hurriedly went home and prepared to head to the sports arena she was invite to. One look at Nelson from a distance and she almost dropped dead, “How can a man be so handsome and complete” she thought to herself. As he walked closer to her, she immediately comported herself and acted normal. “Wow! You made it, I’m glad” Nelson happily said and she blushed. “Let’s just get to it because I’ll leave by 6pm” she said smiling.

The long tennis game started and Nelson was paired with Catherine. “You can do this!” He encouraged and she happily nodded in agreement. They weren’t so fortunate in the first round because Catherine couldn’t play well. Nelson carried the whole burden and played for the both of them.

In the second round, they started winning because Catherine already learnt how to play better. They won that round and the next and were declared the winners. For the first time in a long while, Catherine was totally happy and felt a way she hadn’t felt all her life. They jumped in excitement and gave each other a High five!

After the game, Catherine set out to leave so Nelson walked her to her car. “How do you feel now?” He asked, “I honestly don’t know how I feel because I haven’t had this much fun in a long while” she replied smiling. “It seems like you work alot, hope you have time for yourself though?” He reluctantly asked and she nodded Yes.

For a moment Catherine was shocked as she thought since he didn’t counter the statement, that meant he had a woman in his life.

She looked into his eyes and curiously asked “Are you taken?”