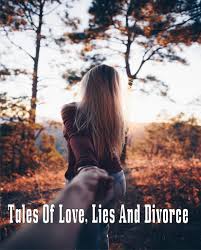 Though things may never get right between her and Zainab, she was relieved. Her burden was light but she still felt a void in her heart and she knew that the comfort, friendship offered by her dear friend really mattered.
‘What a day!’ Amaka fell on the couch. She stretched her full length and groaned.

She closed her eyes for a moment and went over the events of the day, why did things have to be so complicated?
Now that Lola had finally found happiness, she’d gotten herself into a mess. Zainab’s teary face replayed itself in her head.
She knew that that bond the four girls had shared was completely broken, it was never going to be the same, they were never going to be happy.
She walked to the cellar and fetched the strongest wine she could find, she needed to drown herself in liquor.
What depressed her more was Sly’s rejection, why was he this heartless? She wished she’d told him earlier about Ben but she hadn’t, maybe he deserved to be mad.
She inhaled the brown liquid and poured it down her throat, the sensation it gave her tingled her senses and she knew that was just what she needed.

‘It’s just me and you baby,’ she smiled at the bottle and gently shook it for another one.
‘do you want to get drunk’? she suddenly felt a presence and she gasped in fright as she saw Sly behind her….
‘Sly!’ she shook and the glass fell to the floor…
‘I shouldn’t have behaved that way Amy…it was only a kiss and I blew it out of proportion…’ he felt ashamed…
‘Oh no Sly, you had every right to be angry, I should have let you know.’ She walked towards him.
‘Ben told me the truth and sends his apologies.’ He held her closely and watched her beautiful face as it glowed.
‘Okay?’ she returned his gaze.
‘He travelled back to Berlin,’ Sly announced.

‘I am sorry for everything, I forgive you completely Sly’ she kissed his forehead…
‘I’m glad we’ve found ourselves again,’ his hands strayed to her buttons.
‘What are you doing?’ She tried to escape from his grip…
‘Apologizing the right way,’ he winked and carried her to the couch.
‘Naughty boy….’ She rubbed his head gently as his mouth came crashing down on hers.
‘I like this place….’ Edima glance around the restaurant, it was every bit classy…
‘I knew you would….’ He smiled and fixed his eyes on her…she looked very adorable in her milky gown, which fitted her like a second skin and accentuated her curves…

‘you look beautiful Edima….from the first day I set my eyes on you, I wished for this…’
‘thanks Omale….’ She looked away shyly…his gaze was so piercing…like he read her mind all the time…
‘I’m sorry for the way I spoke to you…the first time I met you…’She smiled back at him…
‘yes, I was too inquisitive…I’m sure I probably annoyed you….’he reached for her fingers…
His touch was warm and gentle….it brought back so many memories, he stared at her quietly, it was as if he was asking her a question…could she answer it?
‘I had a wife, Ene….’ He started, there was no point keeping that part of his life away as June had suggested.
‘Oh?’ she blinked in surprise.
‘She’s late, she died five years ago’ He quickly added.
‘I’m so sorry Omale.’ Five years? And he still wasn’t married? That spoke a lot about his character. She wondered if he had kids.

‘We didn’t have children’ He added as if reading her thoughts.
She didn’t say anything, she just nodded.
‘I know you lost your husband and this relationship thing is new for you but I want you to know that you aren’t alone, I’ll always be with you.’ He lifted her hands to his lips.
‘I don’t know what to say Omale. Sometimes it feels like we’ve known each other before,’ her voice was husky with emotion.
She felt peace being with him, he looked perfect for her and she prayed this worked out for them both.
‘I love you Edima, as crazy as that sounds. We don’t even know each other much but I feel something very strong for you’

‘I feel same too, I get scared at times. I ask myself if it is real, I find it hard to get you out of my mind,’ She poured out her heart to him.
‘Can we explore this feeling? Should we allow it to lead us somewhere?’ He asked and she knew what that meant.
‘Yes, let’s explore it,’ she fetched his hand and squeezed it.
He leaned forward and adored her lips with his kiss, she pressed her head against it. That moment was theirs alone.
‘Excuse me sir….’ The waiter had returned with steaming plates of fresh fish pepper soup, but the lovers were too engrossed in such a kiss to take notice of him.
EPILOGUE
A year later……………..
‘I heard Zainab issued Abdul a divorce.’ Amaka informed the other girls.
‘You heard wrong Amy and you shouldn’t even be talking about this, it would make Lola feel more terrible.’ Edima jumped to Lola’s rescue.
‘I’m fine with it. The last time I saw Zee, she told me we had no problems but we could never be friends which I totally understand after what I did to her.’ Lola replied.
‘Wow, sorry about that,’ Amy added.

‘Why are we even talking about this? We’re supposed to be planning my wedding with Omale, let’s not spoil this’ Edima became emotional.
‘I wish Zainab were here, I really miss her. As much as I pretend to be happy, I really am not, she played a vital role in our lives…’ Lola wiped the tear that escaped from her eye.
‘She was a mother, a friend, a confidante, all wrapped in one’ Edima added sadly.

‘Whoa you guys should slow down before you make me cry. I enjoyed her cooking in particular. I wish this never happened but she has blocked us all out.’ Amy sighed.
‘Come in, the door is open’ Edima yelled to whoever was knocking.
‘Zee?’ Lola was the first to recognize her. She had changed totally, she looked bigger and healthier and happy.
‘Hello ladies…’ Zainab smiled as she walked towards her friends and embraced them.
‘Come….’ She beckoned to Lola who was too afraid to go near her.

‘Come…’ she repeated herself.
‘I am so sorry Zainab…’ Lola sobbed
‘It’s okay, I forgive you, we all make mistakes. Trusting you and loving you again would be difficult but I am willing to try’ she embraced Lola who cried like a baby on her shoulders.
‘How are Abdul and the kids’? Amaka asked.
‘They are fine. They’re at home playing with the baby, Farida’s baby’ She had grown, there was no need staying angry with Lola.
‘Oh, did he marry her or something?’ Edima lifted a brow.

‘No, we adopted the baby’ Zainab smiled at her friend. She had forgiven her husband and was willing to care for his other child. Love came with sacrifice, one couldn’t exist without the other and she loved Abdul with all her heart.
‘So I heard you were getting married and I couldn’t miss it for anything.

‘I love you Zee, you’re the best friend in the whole world’ Edima almost cried.
‘I miss you all…’ Zainab beckoned on all of them and they formed a cluster of love and friendship.

In Love And War

In love and war batch 4

My life at Thirty episode 9