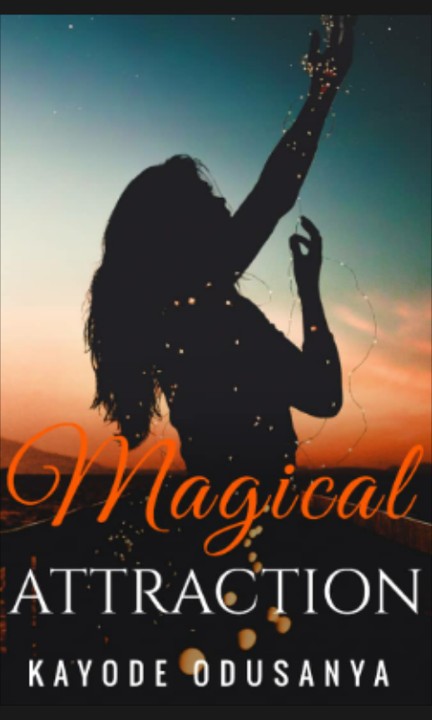 There was heavy fog on the road and they had to drive at a low speed. This was common for November mornings in Nigeria, just before and during the Harmattan period in the country. The inside of the car was chilly even though the air conditioning wasn’t on. Sesan sat in the front passenger’s seat of the small Renault Megan, cramped up with his 6ft2 athletic physique, lost in thought as Ngozi kept talking nonstop. She was saying something about the early morning fog and how she read somewhere that the water droplets in a fog that covered a standard soccer field, if somehow condensed, wasn’t enough to fill up a 5 liter keg. She always knew something about everything and liked to talk.

Ngozi used to be someone he spoke to casually whenever he visited her brother and the three of them played video games. They had become close after Mathew, her brother passed from untreated Typhoid fever a few years back. It was shocking to them that someone could actually die from Typhoid, and it made Ngozi a voracious reader. She was a lanky 20 year old tomboy that had no female friends; a nightmare for her mom.

The spare car Sesan normally drove to school had been sold off recently to meet some needs in the house after his dad left, and Ngozi had been dropping him off at school since then. It wasn’t a burden to her at all, as she loved getting out of the house, especially when it was with her buddy, Sesan. They were about the same age, but she hadn’t been able to gain admission into the University for the Course of her choice. While Sesan was in his second year at the University of Lagos, she was studying for another JAMB exam.

“Are you listening to me at all?” She said as she took a few quick glances at him. She had on a white t shirt that was rolled up a few notches at the sleeves, and a black scarf covered her head.

“What? Oh. Yea, you were…” He was saying in his baritone voice then stopped and stared at her for a while before saying, “You got lipstick on. Weird.”

“I applied it in traffic a few minutes ago.” She said and smiled. The smile on her naturally beautiful oval face quickly turned to a frown as she added, “It means your mind hasn’t been here at all.”

“Sorry…I’m…So, what’s with the lipstick?”

“Well, my mom has been on my neck for a while now on my dressing. I’m thinking of getting a new look.” She said as she rubbed her lips together. “I used the copper brown color as I read it is the best for my brown complexion. So, how did I do?”

He turned to look at her for a while before saying, “Hmm. I guess you did okay.”

Ngozi slowed down the car to collect a car pass as she drove into the University campus. “I watched a tutorial on Youtube.” She said and laughed lightly.

Sesan reached the backseat for his bag as he said, “So…you are going to totally change your look? That’s unlike you to give in like that.”

She looked into space for a while before saying, “Well, I think I have been very selfish for a while now. I just want to do something to make my mom happy.”

“Hmm. I can’t…” He was saying and stopped when his phone beeped. “Thank God; network is back.” He said, excited as he pulled his phone out of his jeans pocket.

“I’ve told you a million times to get off that network.”

“They give good data.” He replied.

She shook her head at him. There was traffic and she was moving a few meters every now and then. The car had gone quiet as Sesan had buried his head in his phone. “Hey Sesan, I think I would drop you off at the next roundabout. This traffic looks like it stretches to the senate building.” She said, and he nodded without looking at her. “Who are you chatting with that got you all smiley faced?”

“I’m not chatting; I’m reading a mail from a friend.”

“What?” She said and laughed chucked. “Are you trying to be funny or what?”

“Nope. That’s what she calls herself. She has refused to tell me her real name.”

“Nope. I haven’t even met her. She’s just a friend. More like my shrink.” Sesan said and looked up at the road. They were almost at a U Turn in the road. “I should get down here.”

“Thanks. See you later.”

Sesan got out quickly, waited for the car next to theirs to drive off, and then crossed the road. Ngozi beeped the horn twice and waved at him. He waved back, swung his backpack around his shoulders, and started the short walk to his department.

His second class for the day was a borrowed course in another department. It was in a large lecture theatre with about five hundred students, but he spotted her in the first few minutes of getting there. She was a light skin beauty Sesan had been crushing on since the beginning of the semester. She was in a clique of about half a dozen girls and Sesan hadn’t had the opportunity to get her alone.

He stood at a vantage point, looking down at her make hand gestures as she interacted with her friends. She had on a navy blue gown, with a red belt around her waist that accentuated her coke bottle figure. Her shoes and lipstick were also red, making her standout in the crowd.

Her friends walked off at the same time, and she stayed back to place their bags on their empty seats. It was his chance. He adjusted his denim shirt, cracked his neck, took a deep breath and started the decent down the hall. He was half way down when for some weird reason, she turned around and their eyes locked for a few seconds before she looked away. Just a couple more steps to get to her, and he heard a large uproar in the hall. When he looked up at the stage, he saw the grey haired professor walking to the podium with a file in his hand. “Shiit!” He cursed under his breath as he slowly walked passed her, walked to the isle and started his slow walk back up the hall. “Please tear out a sheet of paper. We are having a test.” The professor said out loud.

Another loud uproar reverberated through the hall.

He was in no mood to talk to anyone after the test, and had headed straight to his department. He had his face glued to his laptop while waiting for his next lecture to start. He had gotten another email from Chun Lee, where she was talking about coming to Lagos from Ibadan for the Christmas break. He replied that he couldn’t wait, and went over to Facebook. He wished all his friends born on that day a happy birthday, scrolled through posts and was about to leave the page when an ad caught his eye.

On the right hand of the page, the small ad read, ‘Magician’s Assistant Needed.’ He hovered the cursor around the ad for a couple of seconds before finally clicking on it. The landing page was a very simple white background website detailing the criteria for getting the job. The person wanted someone tall, athletic, sharp, and not more than 22 years old. Sesan fit perfectly. He pulled out his phone and called the number at the bottom of the website. It rang for a full session and no one picked up. But when he dialed the second time, an old man said picked up immediately and said “Hello” in a croaked voice.

“Hello sir. Umm. I just saw your ad about needing a Magician’s assistance.” Sesan said and waited. He didn’t know if he was talking to the magician or someone at a job agency. When the man didn’t say anything, he went on with, “Sir, I am interested in the job sir.”

“Okay. What’s your name?” The man said and coughed a few times.

The line went quiet. Sesan could hear the man breathing on the other end of the line. He was about to speak when the man said, “Okay. Can you meet me this evening by 5, at number 7 Cole Street, Akoka? The street is off the University of Lagos road.”

“That’s my office. I hope you know how to get there?”

“Okay. Call me when you are outside the building.”

“Yes sir.” Sesan said. He was about to ask for the man’s name when the line went dead. He looked at his phone for a couple of seconds, contemplating redialing the number, and then put the phone down on the table. He looked into space, thinking of how awkward the last five minutes had been. It felt spooky

The Power Of Destiny : Episode 9

A little too late – episode 4

Sex in the ghetto episode 9

Heart of a beast episode 1

More than a game episode 25