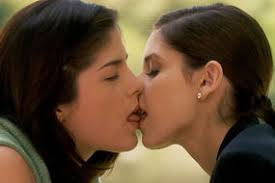 “What is that your name again..?” Uncle jonah asked the chocolate girl.
The girl looked at him for the first time
“Beaut….” She replied.
Uncle jonah smiled
“Wow…what a beautiful name to a beautiful girl…” His eyes rested on her knees leading inside the dress trying to see the brown thighs.
Beaut upon catching his eyes, she quickly pulled the cushion and placed it on the laps.
“Hey…cool down…why staring my thighs” beaut asked.
Uncle jonah lied his back to the sofa.
“Cos you’re beautiful… Come and sit here” uncle jonah motioned the girl to sit next to him.
“Am fine here…..” She said.
Uncle jonah stood up,
“No….” He settled next to her, “see….” He crossed his left arm along her shoulders, “i can not wait to have this body all alone” He was now running his fingers down her neck, “can we go to the bedroom” He kissed her on neck”
Immediately beaut was kissed, she was shocked that her body vibrated.
Uncle jonah freed her as she moved to another sofa.
“But why…?” Uncle jonah asked.
The girl just remained quiet while breathing faster,
“I want to leave this place” she required.
Uncle jonah stood up, went to the door, locked it, dropped the key into the boxer and went back to where he settled.
The girl upon seeing the act, she got upset and angry,
“Hey!! Go and open that door before i shout!!” She said louder.
Jonah smiled while pointing the fingers inside the boxer as sign to tell her to get the keys by herself.
“I will shout!!” She warned.
Uncle jonah thought that he was wasting time, so he reached the hand under the cushion and brought out the pistol.
“Come here..!!” He commanded the girl while pointing the pistol direct her stomach.
The girl with fears, she quietly stood up and dashed closer to uncle jonah.
“Foolish…lie down bitch!!” Uncle jonah commanded her to lie down straight on the floor.
The girl obeyed while shaking with hands wrapping the head.
“If you misbehave am gonna blow your head” He said while squeezing the girl’s ass.
The girl obeyed him.
“Open your legs idiot..!” He Commanded the girl to open the legs as she was trying to avoid uncle jonah’s fingers to touch her pant after folding the dress.
“Please…don’t…..” Said the girl as uncle jonah was now pulling off the pant.
Uncle jonah’s eyes quickly rested on her big ass with no spot at all.
The ass was as brown as thighs.
“Damn shit….” He swallowed harder while throwing the pant on the table.
“Behave!!” He warned her to stop shaking the body.
Then upon removing the pant, he decided to smoothly widen the two big ass to see the inner cute round perfumed asshole which he inserted the fingertip.
Inside there it was warm/hot.
“Wow…” He m0aned while examining the finger which he inserted into the asshole.
Beaut was breathing faster.
Her body was shaking.
But she couldn’t help it or avoid anything
due to the pistol which was pointing on her back head as she was facing the floor.
“I love that…” Uncle jonah said while opening the pvssy with two fingers.
Upon seeing the insider of the brown pvssy, his d!ck instantly huged and the drugs he took started working.
The left hand he was using to play with the pvssy while the right hand was bringing out the big five inches d!ck.
He entered between her thighs with right hand holding the d!ck, pointed the tip d!ck first into the asshole trying to feel the whole warmness to himself.
“Oh…please….” Beaut m0aned while touching the butts of jonah trying to stop him from inserting his d!ck harder or using force to make the d!ck enter dip into the asshole.
“Behave my friend!!” He warned her to stop touching him.

GATE MAN’S POV.
One evening on the same day the gate man fvcked the boss daughter, he decided to sleep [email protected] for he was enjoying viewing the d!ck which fvcked the boss daughter pvssy.
He slept late around 11pm cos of thought he recalled between the boss daughter and him.
7 hours past, morning time.
There came the boss’wife after calling the gate man several times but gate man was not responding.
“Is this fool still sleeping at this hour of morning” said the boss’ wife while walking on steps going inside the gate man’s room.
Sadly, due to anger she just opened the door without knocking.
And wow, she saw something that she wished to see in life time.
She closed her mouth after seen it.
Her body vibrated.
She couldn’t believe what she saw.
She quietly stepped back, closed the door and went back to the mansion.
With what she saw, she went to the fridge, got the cold bottle of water and drunk the whole bottle to control her disturbed feelings.
“Wow…so that man has what i want..” She said after finishing the bottle of water while leaning against the fridge.
“I must do something quick before my husband comes back home” she concluded.
So she went to the sitting-room, settled on sofa, thought a bit and called for her daughter.
“Baby…” She called and the daughter answered, “come here fast” and the daughter quickly came downstairs.
“Get me my perse..” Boss’ wife ordered the daughter to get the perse which was on the coffee table.
“Here mum..” The daughter gave the perse.
Mother received.
“Take this money and go to the main and buy me apples” said the mother.
Main market was little bit far.
“That far mum..” Complained the daughter.
“Shut up…just go..”
“Ok am going”
“And please call the gate man for me…i want to give him his salary”
“Ok mum..”
And the daughter left.
After the daughter left, the boss’ wife rushed to the bedroom, removed the night dress and wrapped herself only with bathing towel.
She also pulled off her knicker just make her big watermelons ass to shake randomly the towel.
After done, she sprayed perfume allover her body including the cute hairy pvssy to make it smell much better.
Five minutes later, she went downstairs to see if gate man is there.
” oh you’re here already”

We got married episode 4

My mind as a teenager episode 50

Betrayed by my body episode 6

When i fall episode 9