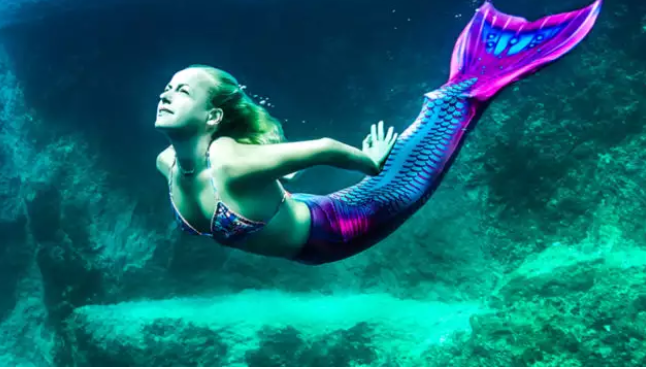 Maurice stared on at Bella, not sure if he heard her correctly or he was hallucinating that she had actually spoke from the start. Bella blinked before looking at him, she saw his expression and it answered her question to some extent that was already pretty clear enough. She blinked the sadness her eyes held and looked away from his gaze before standing up.
“I’ll head in first” she said and moved to her room, not waiting for Maurice to utter a word.
Maurice sat dumbfounded on that spot for a minute.. Okay he definitely was hallucinating, Bella didn’t say that. But he was sure he saw her lips move and why did she leave all of a sudden, is she shy after revealing her heart to him, he sighed.. He didn’t hear her well, that was it and he was going to stick to it.
He stood up and turned off the TV before heading to his room, he pulled into his pyjama and turned off the light then drifted off to sleep.
***

The next morning Bella had her bath and had breakfast with Maurice, he noticed she was unusually quiet and that she avoided his gaze each time it accidentally met with hers. He left for work and Bella sighed her weariness to a couch. She stood up and went to the back of the house, she got to the pool and stripped, she got into the water and swim. She rested at an angle and took off the band holding her hair in ponytail. Her gaze rested on the bracelet and the feeling of her missing tail sent a cold longing down her spine, she drew in a long cocky breath; thinking first about the possible repercussion of what she wanted to do, if she get caught. She kicked the thought aside and slowly loosened the bracelet, she took it off and tightened it in her fist… The transformation begun; first it felt like a new unlikely feeling then bit by bit it became old like deja vu. She felt her feet gradually giving way to tail, she felt them clamping together and joining to be one; one tail.
She closed her eyes and opened them once the transformation was over, she flapped her tails and smiled as it stroke the water beneath her. She dived in and saw her tail, she flapped it and chuckled then swan to and fro, proudly waving her tail behind.

Patty dropped Bella off at the estate and Bella trekked to the house, she pulled the door open and moved in. She started dinner and rounded up on time. She opened the fridge and her gaze caught the lemons in one of the racks, she took the bowl that had them and set it on the counter.. She peeled off the outer layer and got the squeezer from the cabinet, she carefully sliced the lemon in them and added a generous quantity of water. She got the fresh juice out and added sugar cubes them poured it in a jar and left it to cool in the refrigerator.
It was almost Maurice home-time so she set the table and in the middle of setting the meal, Maurice arrived.
He left for his room and while Bella quickly filled the glass cups with lemonade and left a bottle of water close to it. Maurice walked to the kitchen, clad now in another pair of clothes.
“You made this?” he picked the cup of lemonade and Bella nodded. He lifted the cup to his lips and took a long sip. “It’s really good, how did you learn it?”
“Patty thought me, I once assisted her in making it” Maurice twitched his face before focusing on dinner.
After dinner they relaxed for a while on the breakfast chair.
“You’re really good at making meals now” Maurice commended.
“I learnt most from Patty” Bella said. “She invited me to the cinema with her, she said she got free tickets and she wants me to tag along”
“That’s good”
“I can go?”
“Of course, it’s your decision. just be careful” he said and she smiled and stood to attend to the dishes.
Maurice left for his room and returned later when Bella was wiping the table.
“Bella,” she faced him and her gaze caught the new phone in his hand. “I got it for you” she took it and looked at it. “We can talk to each other with this.. if there’s an emergency or something you have to tell me, you call. My number’s saved in it and there’s a long limited recharge there” he said “sit, I’ll tell you how to use it”

Maurice explained what he taught was the ‘most important’ to her about the phone and all through Bella couldn’t stop smiling and then nodding her head. He tested her on the little procedures on the beginners use and she passed.
“That’s how a mobile phone is used to call, text and talk” he said and she smiled.
“Thanks Maurice” she said as she examined and smiled at her phone.
“I’ll name her Maubel. That’s Maurice and Bella” Bella suddenly said and Maurice chuckled out.
“Is it funny?”
“N-no–” he laughed “It’s just kinda weird that you’re giving human names to a phone”
“Maubel.. I think it’s a good name. Stop laughing” she said and he stopped then started again. She threw him one of the throw pillows and it caught him at his head. Bella laughed.. They stayed that way and Bella stopped.
“Maurice, can I ask you something?”
“S-sure”
“And you better stop laughing if you wanna hear it”
“Yes ma’am” he joked.
“D-do you have a girlf–
His ringing phone interrupted her sentence and she watched him pick it up then peered, a smile crossed his lips and he took excuse before standing up and picking it. He head to his room.
“Hey love..
Every other word that followed sounded like mush to Bella, only the love word registered..
Love?? as in his love?
Could that be his girlfriend.. But she hadn’t seen him with a girl. OK, she must be among his colleagues at work or a student at the school he schooled in but still–
Arrgh!

Marries But No Sex (episode 6)

A Road to Nowhere (episode 10)

Luna in my Home – episode 1

Even if i don't find peace episode 23

An unusual Christmas in ibadan episode 1