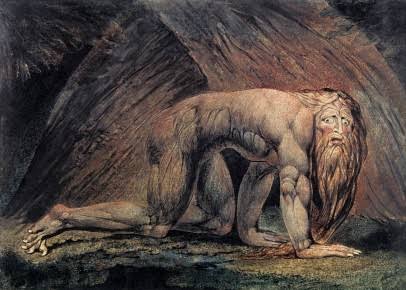 Just like animals running to the altar for a slaughter, they came running; with fists clenched tightly and minds ready to desecrate the flesh of whoever had done ill to their friend. Unfortunately, all they saw was Nnanna, standing with his back to them, now silent.

“Nnanna! What is it?” Chukwudi asked immediately, the cry he heard was too passionate to speculate with the others what had happened when he could ask the only witness present before him.

Nnanna stared at them; his face bore a mixture of apology and mischief, crowned with a smirk. “I’m sorry,” he finally spoke, and gave a gentle laugh.

“He’s joking with us,” Nanka announced, and let out a loud hiss.

Obele charged at him; he wanted to punch Nnanna for raising his hopes of seeing Adaku, but was held back by the others in plea and consolation.

“It is not my fault na! I thought it was something serious,” Nnanna spoke in his defense with his thick Igbo accent drooling out simultaneously with his words; as he spoke, his right hand remained firmly held to the wrist of his left; the spot was now noticeably bleeding.

“What happened to you?” Nanka was the first to spot the blood dripping from his wrist.

“Nothing.” A cold reply came back.

“We are wasting time here with Nna nna and his gimmicks… We need to report this matter to the Igwe… Nebuchadnezzar must be found, now.” Chukwudi recalled their attentions to the real matter at hand. They suddenly regain their muddled senses and started for the path through which they came in. They needed Nkoli to tell The King what had just happened to her and Adaku, her friend.

The one whom many had come to loathe and despise, walked alone. Slow and steady he moved. All through the distance from the location the white-men dropped him off to where he stood now, no one spoke to him, but everyone had seen him. Far and wide, people came to catch a glimpse of the infamous Nebuchadnezzar: The man-killer, but no one dared go close to him, lest he took their lives too, just the way he did the one that made him famous. While in prison he heard a lot of things said about him courtesy of the whites; some young men called him their hero – for showing them the light, and teaching them that it was possible to take another’s life in the village without suffering the instant death bite of the gods as they were taught as infants. As he heard the good commentaries, so also he heard the bad – women cursed him up to his ancestors and generations, because of the desecration he had brought to the land. The white men in charge of him during his stay in their prison had good times taunting him with these kind of tales, because they saw how uncomfortable some of them made him. Now, he was a free man again, yet he wondered how he’d live in the village where nobody wanted him; his lands had been taking over by the Kingship; the compound where his ancestors had lived, destroyed by the angry people of Umuchue, the only property left for him was the hut his father acquired in a forced deal many years ago, situated close to one of the paths that led into Akaziza forest. This property was where he was now; having arrived, it was the only place he could call home at the moment. He heavily considered his option of leaving the village permanently; but something troubled him more than staying back at Umuchue – where would he go to?
“Nebuchadnezzar! Nebuchadnezzar!”
Two palace guards stormed the frontage of the dilapidated hut he now called home; they yelled his name with resounding fury and clear hatred.
“Who calls me?” He answered with pride and unshaken boldness; his deep voice mushed with his thick Igbo tongue couldn’t be more unpleasing to the ear of a foreigner, if present.
“Igwe n’akpo gi.” The first said.
“The King summons you.” The second reiterated almost immediately in the white-man’s tongue that had taken over their community.
Nebuchadnezzar sprang up. He took a stance of confidence, and stared both men in the eyes; clenching both fists tighter, as though ready for battle.
“Let us go!” He said, and immediately released his fists. He led the way to the palace, swinging his hands continuously at almost 180°, as though they made him walk faster
***
“Nebu… This is making how many times I have called you now?” The King asked him.
“Three times now Igwe,” Nebuchadnezzar replied.
“If I find out you had anything to do with the disappearance of Adaku, Ichie Otito’s beautiful daughter, I will crush you myself.” The King threatened. His words carried fire, but so did they carry familiarity and gentility.
Nebuchadnezzar remained silent.
The King remained quiet also, for a while and then continued his speech, “Or any other person for that matter…”
“Igwe I understand you,” Nebuchadnezzar interrupted.
“Come on shut up!” Obele thundered at him in angst. He shook off the hands of his compatriots that tried to suppress his need to speak, and walked towards the King’s throne, even as Nebuchadnezzar and the other young men looked on.
He stopped and prostrated in veneration to The King. “Igwe, may you continue to live forever,” he prayed.
“You may speak.” The King relieved him.
He threw all cautions to the wind, and bared his mind before The King regressed the chance given to empty his thoughts before the throne of wisdom. “Igwe, this man…” He pointed at Nebuchadnezzar, “…is a killer. We are wasting time here, he should be arrested and tortured, till he tells us what he has dome with Adaku,” He said.
“Obele, ozugo… Rememeber you are before the Igwe.” Chukwudi cautioned him from where he and the other members of their pack stood and observed.
“Leave me alone!” Obele retorted.
The King muttered to himself and kept looking. He beckoned the guard to the right hand but had not given any command yet.
“Igwe! You had better kill this man, before he kills us all in this village,” Obele let out the last bullet in his arsenal, and sat on the floor, by the side of an upright Nebuchadnezzar.
“Ajo nwa!… Evil child!” The only elder of The King’s cabinet spoke in rejection; to him, Obele has said the abominable.
“Take him!” The chief palace guard gave the command; the two guards at the east and west entrances swiftly moved and jacked Obele off the floor, away.
Obele’s pack murmured lightly, but no one dared take a step forward, lest he incur the wrath of Igwe Okpunobi – the first of his name, and the first ruler to be in bed with the white men.
The King rose. He moved forward by two feet.
“My word is final! If I should find out you had something to do with Adaku’s disappearance, I will crush you myself.” He reassured Nebuchadnezzar.