Obasanjo Architect Of Islamisation and Fulanisation of Nigeria – Hassan Ardo 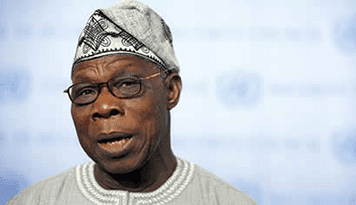 The Nigerian envoy to the Republic of Trinidad and Tobago, Alhaji Hassan Ardo, has described former President Olusegun Obasanjo as the architect of Islamisation and Fulanisation in the country.

Ardo, who spoke on phone from the Caribbean Island, was reacting to recent comments by Obasanjo that President Muhammadu Buhari was out with a Fulanisation and Islamisation agenda.

He said that all the foundation for a possible Islamisation of the country as alleged by the former president were laid during his time as the president. He lamented that it was preposterous that Obasanjo had to come out to accuse someone else of the same foundation he laid.

Ardo noted that it was during Obasanjo’s time as the president that Nigeria joined the Organisation of Islamic Countries (OIC) and also during his time that some states in the country started implementing the Sharia Law and he allowed it.

I read the statements by former President Olusegun Obasanjo to the effect that President Muhammadu Buhari has a Fulanisation and Islamisation agenda and I laughed.

Have we forgotten so soon that it was during his time as the president of this country that we joined the OIC? ‘‘he asked.

Memoirs of A Lagos PLAYBOY Episode 9

What Does My Husband Want? Episode 1