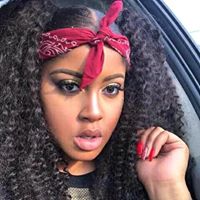 A story from writer of Diamond In The Forest

She spread out the soft asoke over her legs.
It was one of the gifts her father brought back to her from his numerous traveling.
she has alot of beautiful things that other maiden do not have.
Not even her elder sister Adaugo can compete with her possessions.

Maybe it comes with the advantage of being well endowed with beauty that many people will kill and die for.
Her father was also a traveler who deals in fabrics and he was wealthy and never fails to return home with different gifts for her.

She stands out among other maiden and none of them could even compete with her, her beauty can make the men to hold a wrestling contest on her behalf to see who is strong enough to win her heart.

But she was not moved even if they decided to kill their selves.
She was very beautiful and needs a handsome, wealthy prince to marry not just any kind of man.

The sound of a village town crier could be heard from a distance halting Olamma from her sweet thought.

She listened to know exactly what the man was announcing.
The village town crier usually go about in the night when everyone has retired to their bed or whenever dinner is being served so that his message could be well passed across and everyone can hear and listen to whatever information he carries.

“Ko….ko…ko…ko! The eke market day is coming after the first sight of the moon light, it will be a day for all the youths in the village to come out and gather under the big kolanut tree at the market square. the igwe has requested for a contest to mark the first moonlight. There will be different games played. the young men will participate in wrestling match, the maiden will grace the occasion with a dance and a beautiful parade. The igwe has promised to reward the winners with different gifts. Failure to attend will attract a fine. This is a message from the igwe. Ko…ko…ko…ko!

Olamma sat up from her bed as the town crier moves to another location with same message from the igwe.

She stood up and and went her golden lamp stand, one of the treasure her father got for her.
She turned up the lamp and moved it close to a silver mirror hanging on the moulded earth wall.
Not many maiden can afford a mirror but her father bought the mirror for her during his visit to the big city.

The city he said was filled with merchants who has come to sell their wares, traders and buyers looking for a bargain.
Her father has seen it and knew his beautiful daughter will love it.
He bought it and it was carefully wrapped up for him.
He brought it home and gave it to Olamma who marveled at the decorated shining glass which reviewed how much of a great beauty she was.
She has positioned it in her room and stare into the mirror all day long, staring at her beautiful self and marveled how much of a great princess she would have being if she was born in the palace to a king.
But since she wasn’t a princess, she was even beautiful than the princess. She knows someday she will become a queen of a big palace and rule like she felt destined to do.

So many thoughts crossed her mind and she smiled into the mirror.
With the help of the burning oil lamp she can see herself clearly.

The message the village town crier just passed across will make her search out for one of her fine wrappers or ask her father to get her something new again.

She later selected one of her fine wrappers which she will use for the occasion and took it to her mirror stand.
She hanged it on her shoulder as she imagined how she will make head to turn that day and almost all eyes will be on her.

Olamma lifted the lamp to her face, trying to see her beautiful self more clearly but suddenly the hotness of the lamp burnt her hand and she quickly dropped it to the ground. The oil spilled over the place and the lamp shattered to the ground.

Olamma scre-med as fire from the lamp caught up with the oil that spilled on the floor causing a fire.
The wrapper she selected fell to the ground and was consumed by fire.
Her mother rushed in with her father and quickly put out the fire before it could go up and destroy more things.

Olamma was crying for her skin that almost got damaged from the hotness of the fire and also for her wrapper that she planned to use for the upcoming occasion which was already half bunt.

She refused to listen to her father who promised her another lamp and more wrappers.
Her parents couldn’t sleep as they all kept virgil for their beautiful daughter, consoling her and making sure she was calm enough till day break.

Adaugo was asked to go and tidy up her younger sister’s room.
Without complaining, she did just as she was asked to do while Olamma sat outside the house entertaining her friends that came to visit her.

Oby and Nneka are always seen in Olamma’s company.
Olamma was willing to feed them with any latest gifts her father returns back with for her.

Oby was the first to remind Olamma about the village town crier’s message.

“Mma, the message said there will be gifts for the winners…

“I know, I heard everything that the town crier announced. the gifts are coming to me. Who else is as beautiful as I am in this village??…

Olamma boast in front of her friends.

“…no other maiden should compete with me because I’m far beautiful and endowed than every one of them put together. Did you know my room was almost caught with fire yesterday? The wrapper I selected for the occasion was ruined but father promised to get me another one before the event day. The stupid fire almost damaged my fine spotless skin…

Nneka was irritated by every of Olamma’s pride, unlike Oby who enjoyed Olamma’s company.
Nneka, who couldn’t hide her displeasure anymore spoke up.

“Mma, you are only worried about your fine skin rather than the chaos that you would have brought upon your family. what if the wh0le house was razed down by fire and caused more damage, what would you have done? I guess you won’t be sitting down here and glorying over your beauty and how you will win the coming contest. Mma, you are not the Only beautiful girl in this village… stop acting like no other maiden exist except you. Don’t be surprised that you may end up losing in the contest. What do you even do in the house except to admire your beauty while Adaugo, your elder sister does all the work. She fetches water from the stream and wood from the farm, Adaugo cooks and cleans up the house while you do nothing. You are too lazy and considering the fact that you will become somebody’s wife and a mother someday, I fear for what your future will become…

Olamma stood up angrily and slapped Nneka across the face and she fell back from the strike she received from Olamma.

“I will not have you talk to me anyhow. You dares not insult me with that ugly mouth of yours. I’m far too beautiful to have any maiden challenge me. I will win the contest and also marry a handsome prince, there will be servants at my every needs. Deal with that bitter truth because it will definitely happen.

Oby stood beside Olamma and said.

“Mma, please is okay. Don’t mind Nneka, she is only jealous of you. She wish to be like you but is unfortunate that she can never be you…

Nneka stood up and left and Olamma warned her not to ever come close to her again.

That was how their friendship ended.
Oby acted like a good friend by telling Olamma every gossip she hears about her.

The eke day finally came, Olamma takes her time to dress up in the new wrapper her  father bought for her before leaving with Oby, her close friend.