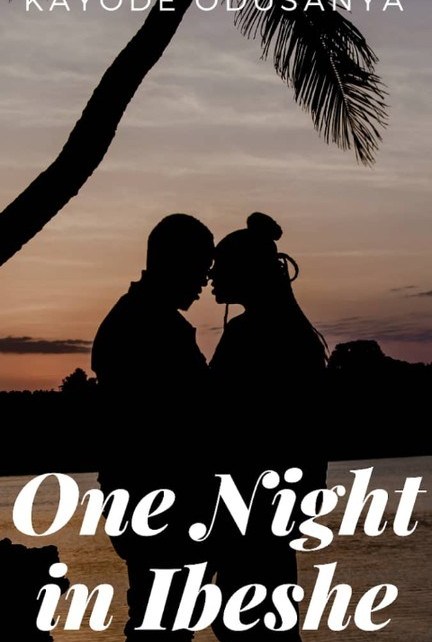 The drive down to the jetty at Satellite Town was a hectic one. Lagos was known for traffic, but the side of Lagos they were heading to was traffic haven. At several points, they lost each other, and had to make calls to form the convoy again.

At the time they finally got out of traffic, Michael Jackson’s Wanna Be Starting Something came on in Frank’s car, and he started dancing in his seat while cutting through the expressway enthusiastically. It pissed Janet off that he was cheating on her and was so cool with it. At a point, he started repeating the words from the song, ‘ma ma se, ma ma sa, ma ma coo sa’ over and over again. It got on her nerves and she blurted out, “Who’s Annabel?” He looked at her but didn’t respond. She turned down the volume of the sound system and repeated herself, “Who is Annabel?” He turned to look at her like he didn’t know what she was talking about and kept his eyes back on the road.

After a prolonged silence, he said, “Why did you go through my phone? Why?”

“How long have you been seeing her?”

“Janet, not now. Not now. Please don’t ruin this…”

“Frank!” She scre-med. The black Benz in front of them had stopped all over a sudden, and Frank quickly applied the breaks. The car came to a screeching halt, but not before giving the Mercedes a little bump.

“s***t.” Frank cursed under his breath before unfastening his seatbelt and getting out of the car. He walked to the front of the car to check for damages; there wasn’t much, just a scratch. “I’m sorry.” He said, when the driver of the Benz came out. He was a mean looking man in his thirties, dressed like he was still in his late teens with the way he had his p-nts sagging and the tight fitting black tee he had on.

The man lowered the dark shades he had on and examined the car for a while without saying anything. By this time, Janet had gotten out of the car as people were gathering. “Young man, what are we going to do now?” He said with a sinister grin on his face.

“Just what?” The man’s disposition quickly changed. “You bash my car because you dey talk to your Olosho, and you are…”

“Who is Olosho? Are you crazy?” Janet cut in. She was instantly angry, and had to hold herself back from attacking the man physically. “You must be mad this man.”

“Guy, hold your girl o.” The man said to Frank.

“Bro, you no suppose talk to my woman like that nah.” Frank said.

“See this pikin o.” The man removed his glasses and put them on his Benz’s boot. “Or what? What will you do?” Frank didn’t say any more words, he just lipped forward, throwing a punch that the man swerved back from, and a scuffle begun.

The man was a lot bigger than Frank, and in no time, he had overpowered him. He pinned him down by the rear end of the Benz and started pounding him with punches. Frank had his hands up, covering his face, and the man went on to punch him continuously in the abdomen.

Janet stood there, watching her boyfriend being humiliated. Wanting to get into the fight, but hoping her man would overpower the man himself and have his ego in tact. The moment she felt the beating was too much and was about to get into the fight, someone ran past her and grabbed the man off Frank in one swift move. And, wham, the man was on the floor, getting his ass beat up.

She froze, looking at Anthony, her boyfriend’s best friend who she had never met before, beating the man that had just beat up her boyfriend, and for some strange reason, she was turned on. He was like a loyal beast that had come to his master’s rescue.

The other guys were around now, and they had to pull Anthony off the guy, as the beating was getting too graphic. It took two guys to do that; his white polo top had patches of blood stain here and there.