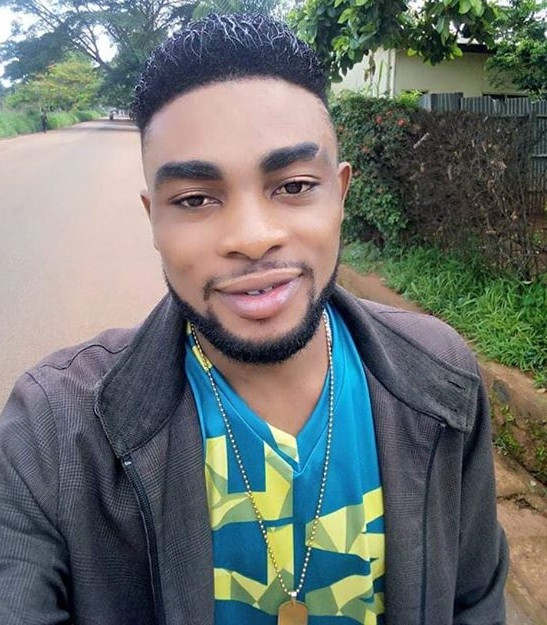 A First class final year student of University of Nigeria, Nsukka was on Wednesday, stabbed to death by a fellow student over non-payment of electricity bill at Alfred’s Lodge, an off-campus residence where he lived.

[It is very easy to read stories online, see for yourself the list of all completed stories]

The student identified as Mbah Chuks Stephen, who had less than two months to graduate from the Department of Public Administration and Local Government (PALG), got into a fight with his lodge president simply identified as Asogwa Nnamdi, popularly called Tiny over issues around payment of electricity bill.

Nnamdi, a second year student of the Department of Combined Arts (English/Theatre and Film studies) was said to have disconnected the deceased’s electricity line following his alleged refusal to pay a fine of N200 as agreed by the residents of the lodge.

Helen Okereke, a resident of the lodge described the incident as “unusual, unexpected and a brief moment of anger,” which ended up destroying a lot of things, adding that the deceased first attacked the Nnamdi with a stone which prompted the retaliatory attack.

Another resident, Unwana Ekere who witnessed the incident disclosed to Sunnewsonline that as Nnamdi went to the deceased’s room to collect the agreed sum, the deceased refused to pay and requested that his electricity be reconnected immediately and upon refusal by Nnamdi, a scuffle started and he was stabbed.

He was later rushed to Bishop Shanahan Hospital by his younger brother and some other residents of the lodge where he was confirmed dead.

Daniel Sunday, another resident who narrated the incident, said that the wh0le issue started last month when EEDC brought electricity bill to them which they paid only for them to be told afterwards that the bill they cleared was only that of those living in the first series of the lodge (downstairs) and not for the wh0le lodge.

The lodge president then called for a meeting where they all agreed to pay a sum of N1,000 to clear their debts.

Meanwhile, there hadn’t been power supply in the community (Odenigwe) for quite some time but last week, power was restored in the community, but their lodge’s power supply was not restored. Since it was only their building that was affected, they decided to contribute N200 each to pay someone who would reconnect theirs and this was what triggered the fight.

Daniel added that the two people involved were not enemies before then and described the incident as unintentional. He said it all resulted to anger which later turned sour.

“We don’t know the whereabouts of Nnamdi but we know he followed the deceased to the hospital as he himself also sustained injuries. We got the news of his death on Thursday morning from his girlfriend and it’s still a shock to us that he is dead. A little misunderstanding led to an unforgettable incident,” he said.

The deceased’s classmate who pleaded anonymity also confirmed the incident adding that Stephen’s body was deposited at Bishop Shanahan mortuary, Nsukka while the guy who stabbed him was in police net.

He said that the death of Stephen came as a shock to them; it left both students and lecturers in tears as he was a very peaceful and intelligent fellow with a CGPA of 4.8.

Spokesperson of the Enugu State Police Command, Ebere Amarizu, who confirmed the incident, said the state Commissioner of Police, Suleiman Balarabe, has directed a full-scale investigation, just as the suspect is helping the operatives in their investigations.

The dead body of the deceased has been deposited in a nearby hospital mortuary.

Meanwhile friends of the late have taken to social media to mourn his death. 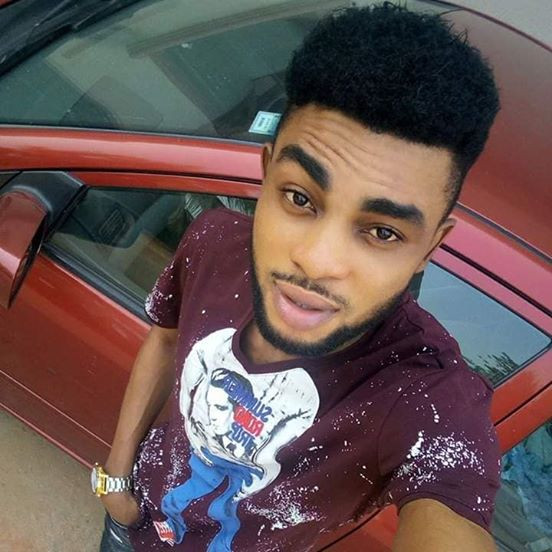 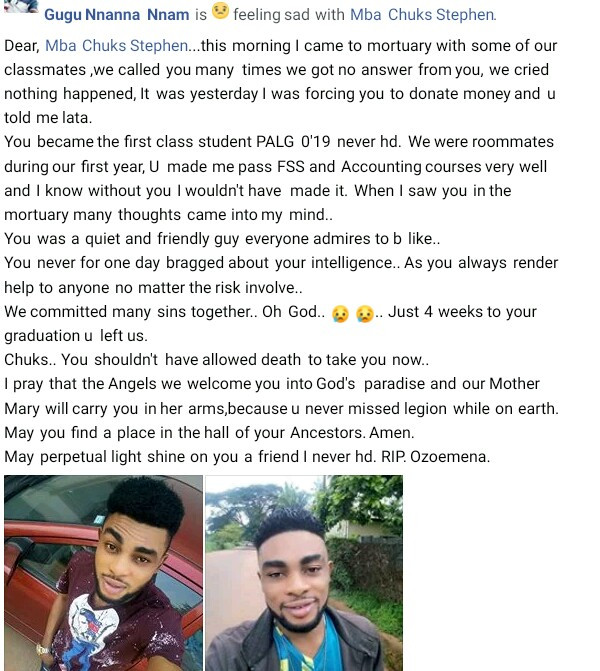 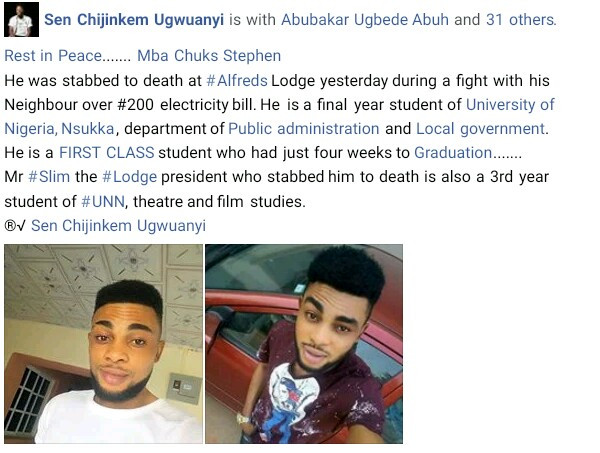 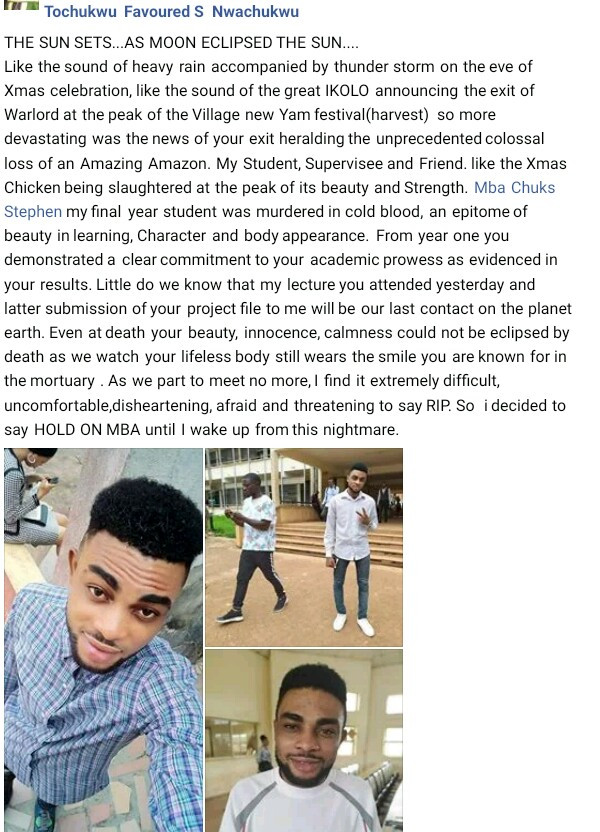 Buhari and Tinubu are not at war – Presidency

Nigeria Is Not Being Governed – Ezekwesili Knocks Buhari