President Son And I – Batch F 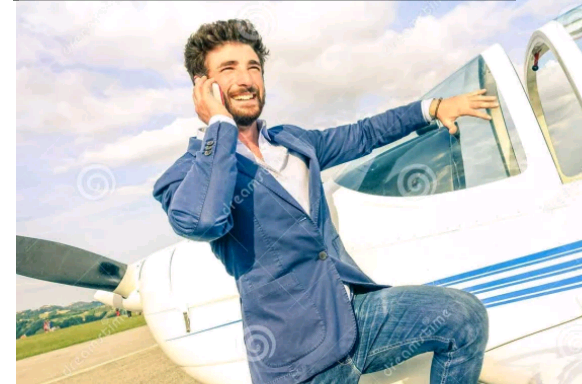 EPISODE 7
.
I walked out of the prison compound,everywhere was looking strange to me,i needed to call Michael and thanks to God I still have his number off hand,I started walking down the road to see if I was going to see any call center around but none was in sight.
I noticed a car following me and that got me scared,Vero and Alice last words started resounding in my head,the echoes were so loud
Vero: follow us home today,you can go tomorrow
Alice: don’t follow her,follow me
Me: *lol* no don’t worry yourself,I really can’t wait to see my people
Vero: you see them tomorrow na
Alice: Vero allow her follow me
Vero: ah,you that can’t take care of her
Alice: eh? if I hear,you can’t take care of her as much as I can
Me: both of you stop these na,I would visit
Vero: okay if you say so,I just wanted to be sure you out of danger
Me: sure I am,trust me
Alice: hmmm okay o visit quick.
as these voices kept resounding I quickly increased my step,I knew I had gotten into danger again but the worst part of it was that I don’t know anywhere in that area.
I decided to hurry back following the prison street.
the more I try to hasten up the more speed the car run,I suddenly started running but I was really confused as at what direction to take before it seem I had missed my way going back to the side of the prison.
the current way I had taken is a bush part leading to only God knows were.
the car got so close and I could see four men in the car apart from its driver,out of fear I fell,the car over took me and stopped in front of me,the guys opened the car jumping out from it,I quickly got up and jumped into the bush since it was my only option,I had forgotten I was five months pregnant self because I even felt light running,maybe because my tommy isn’t really big.
I noticed the boys chasing me and shouting ” stop there,shout there,I will shot you,stop ” but I wasn’t even listening,I was jumping in the bush all in the name of run like I was a bush animal.
soon I was out to the roads again,I hurriedly waved to cars to stop like I was a mad woman but I was disappointed, our Nigerian people can really be heartless,upon my cry,upon my condition none bothered to stop and even ask what’s wrong,I saw the boys come into bush,I quickly crossed into the other side of the road running into it bush using my hand to prove way for myself,I suddenly found myself screaming Richard’s name like he was present.
I ran till I run into a sugar cane plantation, close by was a flowing river but it was barely my kneel level,without thinking twice I jumped in and started running through,it wasn’t wide so it took me only but a few minute to run through,I turned back but saw no one coming again,I think they lost me already, I stood where I was observing around to see if any of those sugar cane plantations owner were in their farm,they might be of help being that they are Hausa’s and easily move around with weapons in case of danger but I saw none,it was as quiet as a grave yard and looking ahead of me are more bushes,I was scared of moving forward because I knew night was around the corner but I was more scared of risking it back,I felt hungered and taste,I bent over drinking from the river,as I was drinking I heard ” look at her over there ” I quickly stood up right and resumed running ahead though I was scared of running into wild animals or even snakes.soon enough I was out of their sight,I stopped running because I was already feeling great pains especially in my tommy legion and most of all I was weak and weary,I saw two trees very close to each other,down was surrounded by well grown weeds and it was in such a way that it can serve as a hiding place,I quickly went into it and stayed calm there,about three minutes later three of them were around there,from my hide out I could see them,they were all armed,I could only recognize one and that was that fool called biology,they passed me without noticing, they didn’t even stop to suspect that area.
I felt relieved where I was but a second look I saw old skins of about three snakes pulled there,fear gripped me as I started looking everywhere close to make sure no snakes were around,I quickly crawled out quickly already feeling on easy,the nights were already fallen but not so dark.
I was already so scare,hungry and tasty I carried my weak body up,following another direction trying to find a better place to lay my head.
soon it got very dark,I had no means of seeing but I continue walking in darkness till I felt sharp pains in my leg,I shouted and bent over immediately, touching the suspected injured area I felt it w€t,I knew it was blood so I managed to move to the other side of the bush and sat down,tears were already raining down.I looked around but couldn’t see anything.
I managed to sleep not minding the insects seriously feeding on my body.
waking up the next morning I was already surrounded by those boys all smiling at me,fear gripped me immediately as I started pleading for mercy.

EPISODE 8
.
Me: ah,please,please,don’t hurt me please *I struggled to seat up*
Biology: so you fit? na just hide you no fit *looking through their faces now I could clearly see their faces and I know them all*
Pikin: if no be say I dey under instructions not to kill you I for just waste you idiot
Biology: pikin calm down,we go deal with am later *bend over to pick me up*
Me: please na am begging please
T.K: easy dey drag am,see wound for her leg o and you know say she get belle
Biology: and so! *drags me up roughly* get up my friend
Me: *the pains ran through my head* aaaah
Pikin: I wonder o,shey na you give am belle ni
T.K: where error enter self?
Pikin: hey move it before I shoot you
Biology: no be all of us follow dey chase these girl,how I take wan know where error enter
Pikin: no more argument, we need to get out of these bush before someone sees us
T.K: nawa o,these girl really carry us run oh,before we go comot for these bush eh
Pikin: *pointing his gun at me* oyah get moving.
I just kept quiet not pleading anymore,I knew no matter how much I plead,these guys will never hear nor listen to my pleading.
the journey back was a slow one because of my injured leg and it wasn’t as if anyone knew the way out of the bush back to were we started,all we knew was that we are heading back the direction we came from
Pikin: I don dey try o
T.K: just no say me no go stop anywhere for these bush till we reach where we park car because none of us is safe in these bush
Biology: guy manage let’s get out of these bush before you start looking for rest
T.K: see girl wey get belle and wound for leg no complain for rest na you dey complain
Pikin: e don do you o,w€tin dey worry you self.
We kept walking till we finally got to the road,by these time I was left with no strength in me,they held me down in the bush while only pikin came out to the road and made a phone call,soon the car chasing me surfaced,he signalled the others to get me out of the bush into the car,they quickly did while they entered too and the car drove off,error was in the car too but no one said anything to the other.
they drove into a big compound after someone opened the gate.
then I was dragged down,I had no strength anymore,I can easily be blown off by a strong wind at that point so I was less conscious of my new environment.
I was lead inside the large story building,it was indeed a large and fine house no one can easily suspect any crime activity inside it.
on getting into the house I realized the occupant of the house,a very young pretty lady was being hold hostage,I got to realize that on time because I heard the girl saying to Tanko ” my father’s house is not for crime ”
Tanko: really? no listen,if you don’t cooperate I will have no other option than to kill you * he raised his gun to her forehead *
Girl: okay fine,but you guys leave once you are done
Tanko: *drop down his gun* better
Pikin: boss we got her
Tanko: bring her over here *T.K handed me over to him and he forced me to sit in the same seat with the girl,and he faced the girl* look at her here,your duty is to cook for her and my guys,till we are done here okay?
Girl: *stared at me for some time* okay
Tanko: her name is Precious,she is pregnant as you can see and she would delivering her baby here,any say day you f–k up and try raise alarm,consider your self dead because as you dey see these girl so,she is worth 257 million naira and I won’t joke with that,don’t worry,once she gives birth we would be out of her * faced me* and you,I hear your scores yesterday,if you repeat that any day again,I will waste you and your unborn child,these is Rita your new companion for as long as we are in here,after you give birth,then we decide what next to do with you * I said nothing but stared at him with my hungry eyes * I can see you are hungry,oyah Rita resume work immediately, go cook and let me tell you,forget that your father is a big man,so you be ajebu Pikin,if you don’t cook that food well,as in if the food no sweet,you will be dead so let me just believe your mother thought you how to cook before travelling out.
Rita: stop threatening me,I owe you nothing but you owe me a lot
Tanko: f–k up first and see if its a threat or not,now stand up,Obele
Obele: yes boss
Tanko: from today you are her escort to any part of these works she decides going as long as we are here so follow her to the kitchen
Obele: boss e be like say you know w€tin I dey like well,I sabi cook well o
Tanko: from today,no more pidgin English as long as we are in these house,thank note
All: yes sir * Obele forced Rita up leading her to the kitchen,it so obvious they had been here for some days now or probably since yesterday.
I looked around,the guys present there were up to in 13number.
Me: please I want to bath
he looked at me with those deadly eyes of his,he was indeed a ugly son of the vulture.

The President Son and I – Batch E (season 2)

Take me to bed episode 6

I want a home episode 56

On the lioness tail episode 1