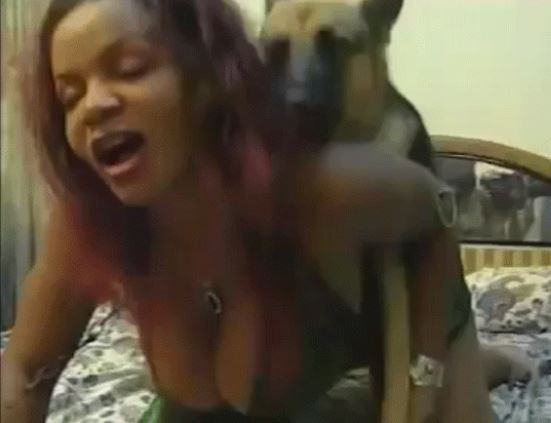 For a while now, Cossy Ojiakor has been bent on clearing her name and getting justice for a wrong she believes was done to her years ago, which derailed her career.

Many years ago, Ojiakor acted in a movie titled ‘Itohan’ where she simulated having s£x with a dog. The story was published by Journalist, Tunde Moshood at the time but it was written to look like she really had s£x with the dog.

Cossy subsequently accused former friend Halima Abubakar of being the one who prompted Tunde Moshood to publish the damaging story. Journalist, TUnde Moshood however replied and seemingly insisted Cossy truly had s£x with a dog.

Now, the producer of the movie, Lucky Ewah in a new interview with Vanguard has explained what actually happened in the film shot in 2002.

As a movie maker, I’m not the kind of producer that produces nude stories or pornography. I make movies that have to do with women and youth re-orientation. I don’t know how Tunde Moshood got in touch with those materials and he has been using those materials.

That movie was uploaded on YouTube on 22nd of September, 2009. As long as Tunde Moshood has the materials on that project, I’m alleging him to be the person that uploaded it.

Those are the things my lawyer is working on, because it’s an infringement of right. He did not work with me on my set. He has never been a co-producer, director or co-sponsor. So, how did he get those materials?

The producer was asked, ‘are you saying that the materials he (Tunde) uploaded are not from the film? and he responded, ‘they are not from the film. That is my challenge concerning this whole controversy. So many people have said so many things based on social media, wanting to know if the producer of the movie is alive or around. Truth is, I haven’t been around for some time’.

Recall that the movie was produced in 2002 at a time when the NAPTIP stories on women trafficking was very high, especially in the Niger-Delta region. I’m from Edo State. There was a time, Her Excellency, Titi Abubakar set up an NGO called NAPTIP, National Agency for the Prohibition of Trafficking in Persons. This same movie was taken to that office because it was an advocacy movie, to advocate against human trafficking.

That was why the movie was produced at the time. To pass the message that most Nigerians travel abroad to do all sorts of undignified things to make money without knowing the dangers involved. Nigerians know the truth about the movie, but my major challenge and concern is how Tunde Moshood came to possess those materials.

Get Me Pregnant Episode 4

My mind as a teenager – episode 34