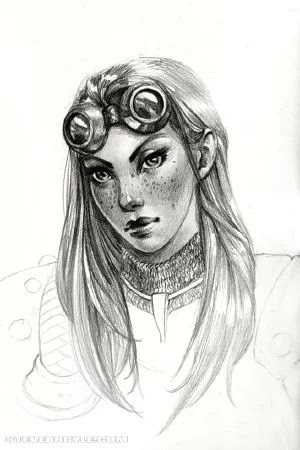 I saw Young Ji on my way home from cram school, standing at the bridge and staring at a far distance. The sound of bustling night traffic was heard and it seems like she wasn’t hearing anything as I call her name.
“Young Ji!” I called for the nth time and she finally noticed my presence, looking at me with a grim expression on her face.
“Oh Yoo ma” She said, looking back at the distance
“What do you mean ‘ Oh Yoo ma’. Is that your way of greeting me after I lend you my towel?” I joked, walking to her direction and standing beside her. “What happened? Did you get scolded by Miss Mina again? I told you to always carry your textbook with you, when will you ever listen?”
She didn’t reply to my constant nagging just now, and kept silent.
“Seriously, what’s your problem? Tell me.” I looked at her annoyingly, but she still isn’t talking. “You shouldn’t keep all your problems to yourself you know, it’s quite tiring if you keep it all to yourself. I know very well, that you’re a troublemaker but you shouldn’t —”
“Easy for you to say.” I heard her, for a second, I saw her look at me with distaste in her eyes. “You’re not the one being bullied and laughed at everyday, no one looks down on you, the teachers like you for being an honorable student, you have loving parents who never even once tried to hurt you. Of course you don’t have any problem, you’re the greatest Yooma anyway. And yet you have the audacity to tell me about my own problems? Screw off!”
I was shocked by her sudden change in personality, she wasn’t herself today. It somehow looks like she’s not the Young Ji I know anymore.
“Fine! If that’s what you want then I’ll leave you alone. You can go and cry to your lovable boyfriend and be a baby about how everyone hates you.” The harsh words slipped out from my mouth, I wasn’t thinking and couldn’t even understand myself why I’m saying all these to her. “And I’m gonna be honest with you, everyone has been bullying you since your seriously annoying. You talk too loud, you meddle with someone else’s business, you even went out with Fei’s crush of course everyone’s gonna hate you. But I didn’t, even though you’re annoying I still remained as your friend but now you’re telling me to screw off after all we’ve been through? It’s quite valiant for you to say that.”
I began walking, and when I was just in front of her I stated “You’re on your own from now on.”
—–
“Hey, isn’t that Youngji?” Kelly tapped Fei’s shoulder to take her attention and pointed at the girl sheepishly walking at the sidewalk.
“Ah, it is her. What is she doing? Should we go get her” Jina interjected, seeing Fei smirk she knew that she had something in mind.
“I just had the most brilliant idea.” Fei stood up from her seat and left the cafe, her followers trailing behind her.
“Young Ji!” She called out, Young Ji looked at the one who called her and saw Fei. “Perfect timing, do you want to come with us? There’s a party being held at Hye Mi’s house, I’m sure you’re gonna love it there.
“I’m sorry, I have to go home—” She was cut off by Jina and Kelly grabbing both her arms and pulling her along with them until they reached Fei’s car
“Don’t be like that my dear Young Ji, you should be honored that I even invited you to our party that is exclusive for people like us.”
“Umm. Okay… But I have to be at home at 8 so I’ll just stop by” She answered quite in a low voice.
“Yeah yeah sure you can.” Fei smirked, eyeing everybody else and giggling at their own plan.
The car had stopped in front of a huge modern house, and one by one they went out of the car. The loud booming of the music can be heard even at their distance and some cheering reverberated, the servants opened the doors for them and in they came.

Read more stories or post your stories @:- Pizarena.com
/> The people were so immersed in the loud music that they didn’t even took notice of the people who just entered, dancing and yelling at the middle, some were even making out that made Young Ji a bit uncomfortable.
“Young Ji, you gotta try this new drink. It’s imported all the way from US” Hye mi forced a glass on her hands, before walking away and entered the kitchen.
“But I don’t drink…”
“C’mon Young Ji, it’s a way to forget all the bad memories you had so drink it.” Fei persuaded her, and even filled the whole glass some more.
“Forget?” She mumbled innocently as she stare at the glass she was holding
“Just drink it already!” Fei pushed it up to her mouth and Young Ji even willingly drank all of it, making Fei smirk in delight as she call a guy at the other side of the table.
“Make sure she drinks ten of those beers.” She whispered to the guy, pulling out money from her bag and giving it to him.
She glanced at Young Ji once last time, seeing that she’s already a bit drunk. Then she looked back at the guy she just paid loads of money, and said in a flirtatious manner
“Give her tons of love.”
——————————–
Young Ji’s POV
The rising sun glimmered through the window, veiling the room with a golden glow. After a while, I noticed that the ceiling was different than the ceiling I always see whenever I wake up every morning in my room.
Realizing that this place wasn’t my bedroom, I immediately sat up only to find my clothes scattered everywhere, I looked down and saw that I wasn’t wearing anything. My body feels awful to the point that I’m gonna puke out all the alcohols I drank last night, and there’s an odd feeling building up in my stomach like it’s tearing it from the inside.
“Wha-what happened last night?” I said as I grabbed my stinging head, standing up and walking to the bathroom to let all the unnecessary liquids I consumed last night out of my body.
After vomiting for almost 10 minutes, I washed my face before quickly wearing my clothes. I dashed outside to see Hye Mi, the owner of the house I’m in, who’s currently sitting in her living room while watching a morning TV show.
“Oh? You’re finally awake.” She said eating a toast, not even looking at me. “Hurry up and get the hell outta my house, you’ve been sleeping for like forever” She pointed at the door, her voice filled with annoyance.
“Umm, I’m sorry I slept in your house.” I bowed at her before walking timidly towards the door, as soon as I left the house and was now walking at the sidewalk, I tried my best to remember what happened last night but to no avail, I can’t even remember what I was doing at that party.
____________
The next day, as Young ji entered the gates of the school. She noticed that everyone was looking and quietly laughing at her, some were staring at disgust and some were even trying to throw crumpled papers at her.
“Hey, what are you trying to do?” She stopped and looked at the guys who just threw those crumpled papers at her.
“Why don’t you go and take a look at what’s inside the paper.” One guy replied before giggling, excited to see her reaction.
Young Ji picked up the crumpled paper and unfolds it, she froze in place as she saw a picture of her [email protected] and with another guy but the guy’s face was blurred making it impossible to figure out who he was.
Everyone suddenly erupted in laughter as she crumpled the paper back, “What bullshit is this? I never did this kind of thing!” She yelled, but they weren’t listening, busy laughing at how pathetic Young Ji looked right now.
.
TBC

Revenge Of a Dead Girl – episode 1

Revenge Of A Dead Man – episode 16

Revenge Of A Dead Girl – episode 11

Revenge Of a Dead girl – episode 8