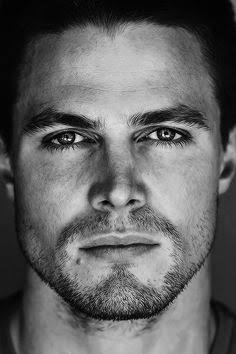 “You’re looking good girl, money suits you.
Who would have thought a man like Mariani
would make the likes of you his wife.” He
rubbed his hand over his unshaven face.
“You living the high life now, but those fancy
clothes and hair don’t change the fact that
you are nothing more than cheap trash, and a
wh-re to boot.”
“Shut your mouth,” she said, cutting him off.
“I am not a wh-re nor am I trash, but you
uncle, are a dirty, disgusting little man. One
who abused a child and made her your slave
for years. I will no longer put up with your
abuse, I am not afraid of you anymore. Now
tell me why you are here before I call
security.”
“I want you to give me some money. Things
have not been good and I figured since your
husband has so much he owes me.”
“Owes you, for what?”
“I gave him someone to f-ck, why he married
you is beyond me.”
“We love each other and I’m not giving you
anything. It was you wasn’t it? that leaked to
the press about Luca paying you.”
“Yeah, it was me. I went to them and told
them everything, the bastards only gave me
two thousand dollars. Now I ain’t going to tell
you again girl, I want fifty thousand dollars
or I’ll be forced to do something bad to
those precious children of yours.”
Hearing that threat against her children she
flew into a rage and charged him. Taking him
by surprise she was able to knock him down,
her slender fists pounded into his face over
and over. All the years of physical and
mental abuse came rushing back, it felt good
beating him. But then he got the upper hand
and she found herself under him.
Straddling her he placed his hands on her
throat and started choking her, she clawed at
his hands, trying to get some air into her
lungs. “You little bitch, I should have
drowned you in the river when you first came
to me.”
Robin was about to pass out when she felt
the weight on her leaving and his hands left
her throat. Once her eyes focused she saw
Chad punching her uncle, his voice boomed
loudly throughout the stable.
“I should kill you, but once Mr. Mariani finds
out what you did he’ll want to be the one to
do it. Now get your ass out of here and don’t
you ever come back or you will be leaving in
a body bag.” Picking him up by the scruff of
his neck flung him out the door. and turned
to Robin, taking her hand helped her up.
“Thanks, Chad,” she said wiping her tears
away.
“I will call your husband and tell him what
happened,” he said and took out his phone.
“No Chad, he’s with the kids and I don’t want
him driving like a madman getting back. I’ll
tell him when he gets back.”
She forgot about going riding and went back
to the castle and up to her room.
She laid on the bed and must have fallen
asleep because the next thing she knew Luca
was there, sitting on the edge, his head in his
hands. She touched him, something told her
he knew about the assault. “Luca.” She softly
calls his name.
“He turned to look at her, his eyes filled with
pain. Seeing the marks on her neck he
touched them. “Chad told me what happened,
I should have been here to protect you.”
“You didn’t know this was going to happen,
neither did I.”
Luca jumped off the bed, rage coursed
through him, his fists rolled into balls let out
a cry of anguish. “I’m going to kill him with
my bare hands.”
He went to leave but Robin blocked his way,
preventing him from leaving. “What are you
going to do?”
“I’m going to his home and kill him, get out
of the way Robin.”
She took his face in her hands and forced
him to look at her. “Luca, look at me, if you
do this you’ll be arrested and taken from me
and the children, is that what you want?”
“No, I love you and our babies.”
“Then don’t do this. Chad scared him so badly
he’ll never dare come back here again.
Please, Luca, promise you won’t do anything.”
She started crying, all her fears and pain
came pouring out. If she were to lose Luca
she wouldn’t be able to bear it.
Pulling her into his arms he crushed her
against him, his mouth crashing down on
hers in a passionate k-ss. As much as he
wanted to destroy Dan Potter for her he
would find another way to make him pay for
what he did to her. Carrying her over to the
bed he k-ssed the bruises on her neck. Since
she was asleep when he and the kids got
back he put them to bed himself, telling them
mommy was tired and had gone to bed.
The next day was Robin’s birthday and they
had a party for her, just the family which
included Chad. Grazia and Chad announced
they were getting married, the twins already
calls him uncle.
Luca stood behind Robin, his arms around
her wa-ist as they watched their children
eating cake, each one feeding some to Grazia
and Chad.”
“Happy birthday little bird, I love you.” He
said, k-ssing her cheek.
“I love you too, from the first moment I saw
you sitting in the chair at my uncle’s house of
horror.
Turning her around, his arms pulling her
close he leaned down, k-ssing her. After
what happened with her uncle he would make
sure no one would ever hurt her again. He let
her go when the twins voices squealed loudly
making both him and Robin jump.
“Mommy and daddy k-ssing.”

Read Also: Back In His Arms

THE END (thanks for reading, pls help us comment below)