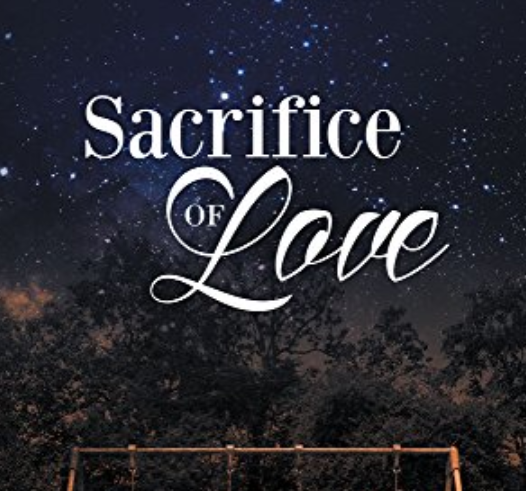 WRITTEN BY LADY ANNY
**
Mrs Marsha got home and took the stuffs she got inside with the help of Amelia, they cooked and arranged everywhere. Hours later, Richard was in England, Mrs Marsha sent Liam her late husband’s driver to go pick Richard and Jordan from the airport, Mrs Marsha called Mr Benjamin (her husband’s brother) and informed him that Richard was already in England and was on his way home.
Meanwhile, Caleb just finished making love to Jackie, they were lying together on the bed when Caleb’s phone rang, it was his father that was calling so he picked.
“Hello dad.” He said immediately he picked the call.
“Where are you?” His father asked
“Am outside.” He said
“Off course i know you are outside but where exact.” His dad asked.
“Am with my girl.” He replied.
“Well, that’s your dam business, Marsha just called me, she said Richard has arrived.” His father said.
“Wow! You don’t mean it dad.” He said happily.
“Am on my way to their house, see you there.” His father said.
“Ok bye dad.” He replied and end the call, he turned to Jackie smiling.
“What did he said?” Jackie asked impatiently
“He said Richard has arrived.” He said still smiling.
“Wow! Ready to execute our plan.” Jackie said.
“Sure bae, get dressed, i have to go there and welcome him back,…you know what i mean right?” He said as he stood up from the bed.
“Sure.” Jackie replied and stood up. They got dressed and left the hotel, Jackie went home while Caleb went to Richard’s house.
Mrs Marsha couldn’t wait to see her one and only precious son, she stood outside alongside with Amelia, pat, Dina, Carla, Silvia, Olivia and Charles waiting for the arrival of Richard. Minutes later, a Toyota jeep was drove into the compound, off course everybody knew it was Richard, they waited patiently for him to come out of the jeep. Jordan came out first and opened the back door as Richard came out looking like the prince charming he is, his mum quickly ran and hugged him, they hugged theirselves like husband and wife for more than five minutes.
“I missed you son.” Mrs Marsha said releasing herself from the hug.
“I missed you more mum.” Richard said and k-ssed her on her forehead. Just then Mr Benjamin drove in, Richard hugged all his friends including Amelia their maid and his uncle and they went inside straight to the dinning table.
“Please eat from your mum’s pot my son.” Said Mrs Marsha as she set the food in front of Richard.
“Thanks mum, you’re the best.” Richard said and smiled just then Caleb walked in.
“Who do we have here?” He said and Everybody turned to him, Richard stood up and they hugged.
“Welcome back bro.” Caleb said.
“Thanks dude.” Richard replied….. They ate, drink and celebrated Richard’s arrival. Little did Richard and his mum know that Caleb and his father are not what they thought they are , only if they have known Mr Benjamin and his son’s plan towards them, they would have stay far from them.

Two days later, barista Daniel came to Richard father’s house and was ready to read late Mr Bruno’s will… Mr Benjamin, Caleb, Mrs Marsha, Jordan and Richard were sorted waiting patiently to hear the will.
“As you all known, we have be waiting for wh0le one year and eight months to hear this will just as late Mr Bruno said, please listen as i reas the Will.” Barista Daniel said and began ” i Mr Bruno write this will that after am dead it will be read to my family: My two companies goes to my only son Richard, in each company i have 180 million dollars, my estate in new heaven goes to my son, my house in new York goes to Caleb Benjamin, my house in Westminster goes to my son, in my personal account, i have 50,000 dollars; 10,000 goes to my beloved wife, 15,000 goes to my brother (Benjamin), 15,000 goes to my son and the remaining 10,000 goes to Caleb. My p-ntro sofa shop goes to my brother, my mercedes Benz, Toyota jeep and SUV jeep goes to my son. Nobody should drag anything with my son and if anything happens to Richard without a child, everything will goes to Caleb. This is my will and Everybody should abided to it…..
That’s the will.” Barista Daniel said after he finished reading. There was an awaken slient, Everybody kept looking at each other.
“Anyone have a question?” Barista Daniel asked.
“I don’t think so.” Mr Benjamin said looking around.
“If you say so then i Will have to be on my way meanwhile Richard, whenever you are less busy please come to my office we need to talk.” Barista Daniel said standing up.
“No problem sir.” Richard said and Barista Daniel left.
Hours later, Mr Benjamin and Caleb could be see in their living room pacing up and down.
“Dad, i knew Mr Bruno would will all his wealth to his dump son and wife! Dam it!.” Caleb said angrily hitting his feet on the floor.
“I can’t still believe that he will all his companies, estate, cars and hunge money to only Richard and his mother.” Mr Benjamin said.
“Dad, we need to do something, we need to act fast.” Caleb said.
“Yeah you’re right but the good news is; if anything happens to Richard everything automatically becomes yours.” Mr Benjamin said.
“And i can’t wait to have everything and throwed that bitch of a woman call Marsha out of that house.” Caleb said.
“Calme down son, let’s not act too fast so that they won’t suspect us meanwhile, have you arranged the person that will be working with Richard as our eye?” Mr Benjamin asked.
“Yes i Have.” Caleb replied.
“Come have a drink, let’s merry because Richard will soon die.” Mr Benjamin said and laughed while Caleb went to have the drink.

I murdered my wife episode 8